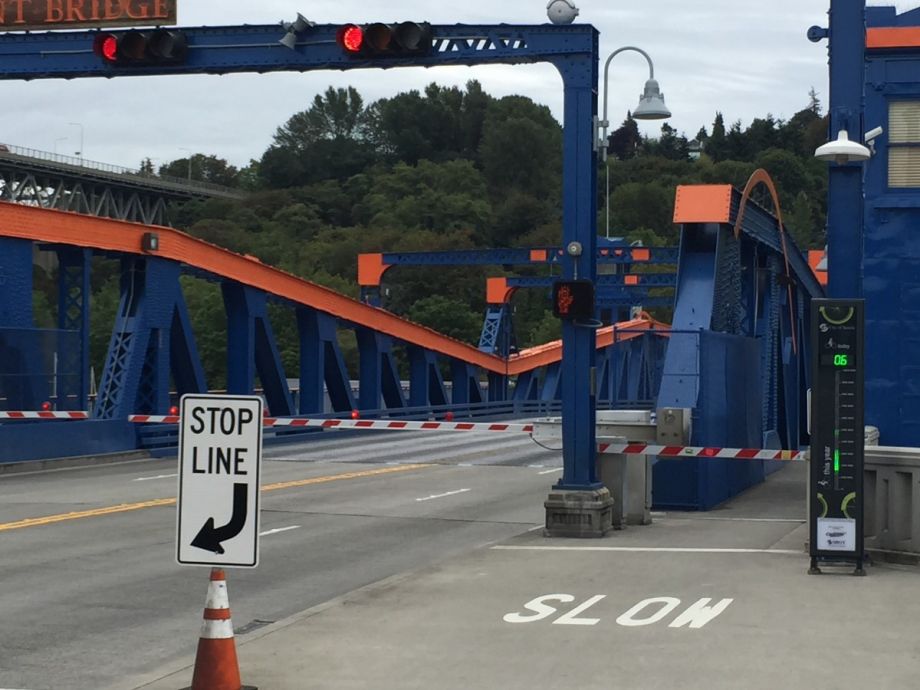 Bike traffic rose by 3 percent, or 4.6 million trips, between 2014 and 2015 across the dozens of cities, states and countries where France-headquartered Eco-Counter has installed sensors. The company provides pedestrian and cyclist counting services to governments, business improvement districts and more.

The “2015 Eco-Counter Worldwide Cycling Index,” released Monday, measures the rate of change in total bicycle counts between 2014 and 2015 at 1,490 of the firm’s sensors in 17 countries, and points to Spain as the country with the greatest growth in cycling mode share last year with an increase of 8 percent over the year before.

Among the places where Eco-Counter collects data, Switzerland and Canada tied for second place with a 6 percent increase; Finland and the U.S. tied for third, with an increase of 4 percent. Eco-Counter notes that its 2014 index showed no growth in the U.S. or Canada.

In an attempt to distinguish between recreational cycling and commuting, Eco-Counter worked with McGill University researchers to develop a pattern analysis algorithm and found that the 3 percent bike traffic increase breaks down into a 4 percent increase in cycle commuting and a 2 percent increase in leisure cycling. Last year’s index indicated an 8 percent total increase in cycle trips, though an Eco-Counter official noted by email that this year’s index considered data from more than twice the number of sensors, making it a stronger measure. 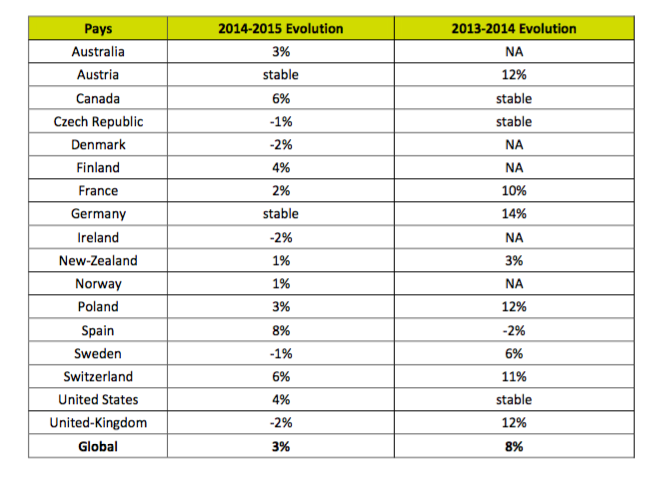 While we don’t know if the 4.6 million bike trips logged in the 2015 index kept people away from driving a car, Eco-Counter estimates that, given the average bike trip is 3 kilometers, the 3 percent increase measured could account for a 900-ton reduction in CO2 emissions.

The 17 countries included in the index varied widely in the number of counters with available data for analysis. France had 406, for example, while the Czech Republic had just 18. To calculate the total increase, sensor data was weighted to account for number of sensors per country and country population.