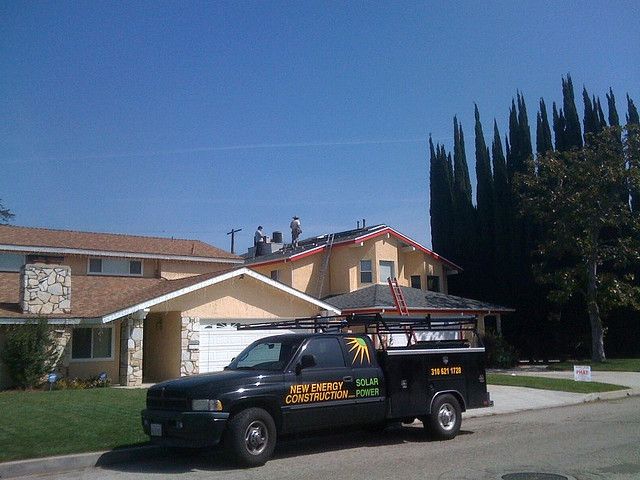 Garcetti was City Council president from 2006 to 2012 and deeply involved in balancing the city’s books when the deficit was out of control. In its endorsement of the 42-year-old San Fernando Valley native, the Los Angeles Times wrote that he showed “the most potential to rise to the occasion and lead Los Angeles out of its current malaise and into a more sustainable and confident future.”

Garcetti campaigned on beefing up small businesses, manufacturing, trade, tech and clean energy, in order to “help L.A. families pay the bills and to generate revenues to balance the budget and deliver better public services.”

A longtime advocate of solar energy (he wrote the city’s 2008 green building ordinance), Garcetti has promised to create 20,000 local jobs in the clean energy and clean water sector in his first term. So that means component manufacturing, sales and installation. And you know a lot of those solar companies probably hire recent college grads to run their social media, too.

The thing I like about this plan is that there are potentially jobs for everyone, from a solar developer with advanced degrees to a skilled and fearless worker installing panels on roofs. But this job creation is two-fold: In Garcetti’s vision it creates 20,000 jobs and continues to promote an environmentally conscious culture in a city wracked by smog and choked by sprawl.

But green energy plans often don’t live up to their billing. During the 2008 election, President Obama campaigned for the creation of 5 million green energy jobs over the course of the next decade. That didn’t quite happen. In March, the Bureau of Labor Statistics released a report that showed a far smaller increase in green jobs, from 3.2 million total jobs in 2010 to 3.4 million in 2011. Politicians can bang their hand on a lectern trumpeting the green job sector all they want, but until everyone starts retrofitting their house with solar panels the job creation will always outpace the actual consumer demand.

I’ve always thought that green energy manufacturing would be a terrific way for Rust Belt cities like Detroit and Cleveland, both of which have invested big time in high-tech manufacturing and green energy, to bounce back. But until Americans want every school and apartment building retrofitted green, these once-prosperous industrial towns aren’t going to see a boom in green jobs. There’s not enough demand.

Garcetti’s plan is contingent on a culture change. Is L.A. poised to be the first major American city to embrace green energy head on, not just the occasional taxicab and corporate office building? If Garcetti does usher in the change he’s promised, could the City of Angels set off an arms race in the clean energy sector? We certainly hope so.