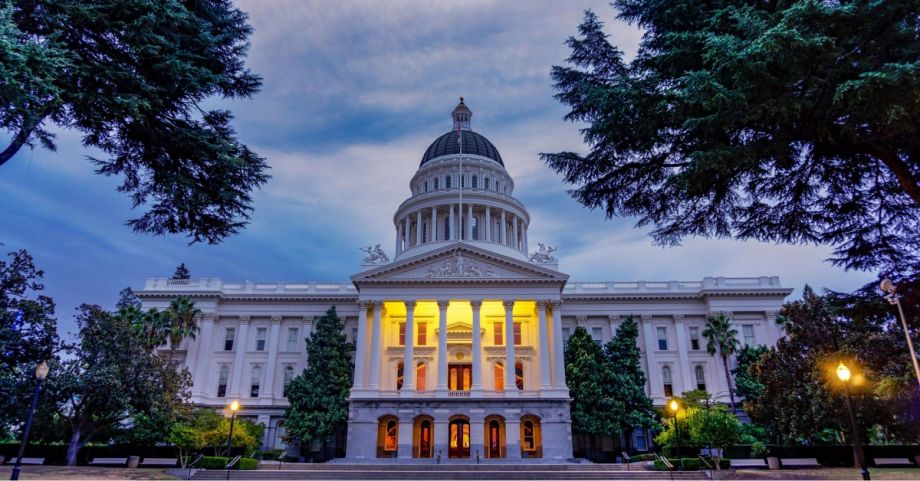 Paul Pryde is the kind of guy who reads papers from central bankers just for kicks.

The last thing Pryde did before retiring from his career in Washington, D.C., was set up the State Small Business Credit Initiative, a pilot program that provided federal funding for state-led initiatives to increase access to capital for small businesses from historically disadvantaged communities. After a five-decade career spent largely on that mission, it was a great way to ride off into the sunset — literally, as he and his wife both retired and moved to her native Bay Area.

It was not long after that Pryde came across a paper from the Bank of England, that country’s central bank. Published in 2014, the paper explained how the majority of money in the modern economy isn’t created by central banks, it’s created by private commercial banks making loans. It was an epiphany for Pryde, even after a long career around banking and finance.

When a commercial bank makes a loan, it isn’t technically lending out other people’s deposits; your deposit accounts always show whatever balance you left in there, not what the bank left in there after lending some of it out. But holding your deposits means the bank has the power to issue loans at almost a dollar-for-dollar ratio, creating new money in someone else’s account. That’s why the public charters commercial banks as well as credit unions — not just to hold deposits, but also to responsibly wield the power of money creation.

“This idea that banks are intermediaries between savers and borrowers, what we’ve been taught, that’s not quite the way it works,” Pryde says. “I was like ‘oh shit, this was worth knowing, and if that is the case how can we use that power for the public good instead of just reserving the power of that franchise over deposits only for the private sector.”

Today, Pryde is a member of the California Public Banking Alliance, and has been contributing his wealth of experience dealing with the public sector and with banks to help craft AB 310, a bill to convert the existing California Infrastructure and Economic Development Bank from just a revolving loan fund into a proper, deposit-taking, money-creating, state-owned bank. California legislators introduced the bill this month, hoping to get it passed by Labor Day as part of the state’s pandemic response and recovery efforts.

In the long-term, the California Public Banking Alliance — consisting of environmental justice advocates, racial justice advocates, tenant advocates, labor organizers and, yes, some banking and financial professionals and institutions — believe a state-owned bank could help meet a laundry list of public policy needs like affordable housing, homeownership, small business lending, or environmental sustainability. Rather than just negotiating with private banks to use their money-creation powers, they want a public bank that can utilize some of that money-creation power directly on behalf of the public itself.

“This is more needed than ever, during the worst pandemic we’ve ever seen, with a $54 billion [state] budget crisis,” said California Assemblymember Miguel Santiago, a co-author of AB 310, during a July 9 Facebook Live event to announce the bill’s introduction.

AB 310 is a follow-up to AB 857, which became law last year after several months of grassroots organizing by the California Public Banking Alliance. Both Santiago and fellow assemblymember David Chiu also co-authored that bill.

After Governor Gavin Newsom signed AB 857 in September 2019, a number of municipalities including San Francisco, Los Angeles, San Jose and Long Beach began taking the initial steps to charter public banks as outlined in the bill. But the pandemic put at least a temporary halt to all of those efforts, as local legislators and agencies turned all of their attention and budgets to immediate needs related to COVID-19 and its economic fallout.

“With local efforts stalled, [the California Public Banking Alliance] thought about how to get momentum around public banks in recovery efforts,” says Sushil Jacob, co-chair of the alliance’s legislative committee.

The alliance built on a previously stalled proposal to convert the state loan fund into a bank, focusing in particular on how the bank could meet immediate needs during the recovery period.

AB 310 would immediately expand California’s existing small business loan guarantee program, which the California Infrastructure and Economic Development Bank already runs. It would also direct the bank to buy municipal bonds from local governments in California at below-market rates, providing low-cost capital to cover for anticipated temporary budget shortfalls due to the economic fallout from COVID-19. Those interest rates would be more affordable than what the Federal Reserve is currently charging for municipal bonds. It might take a year or two to fully convert the loan fund into a public bank, but in the meantime, these efforts would fund COVID-19 recovery and relief efforts in the state.

AB 310 allocates no new budget dollars. Instead, the bill directs the California State Treasurer to move $9 billion from a $100 billion state-managed investment portfolio into a new investment in the California Infrastructure and Economic Development Bank, to essentially serve as working capital for the state-owned bank. Currently, about half of the state-managed investment portfolio is invested in U.S. Treasury bonds. The new state-owned bank would have to repay that investment eventually, and supporters say it would offer better returns to the state than plain old Treasury bonds.

“We should be permitted to re-allocate idle money that’s just sitting there,” said Asseymblymember Chiu, during the Facebook Live event for the bill’s introduction. “It’s simple at some levels and a modest idea.”

AB 310 also requires the Department of Business Oversight, which regulates the banking industry in California, to charter the California Infrastructure and Economic Development Bank as a depository institution by January 1, 2022. The California state treasurer would then be required to transfer 20 percent of the state’s deposits into the new state-owned bank within one year of it becoming a depository institution, and 100 percent of state deposits within five years.

“The timeline would allow the state-owned bank to set up the internal systems and collateralization required to hold state government deposits,” says Jacob.

Federal deposit insurance doesn’t cover more than $250,000 per depositor per bank, and state and local governments typically need to keep far more than that amount deposited at any given moment. Because of that, state and local governments typically require private banks that hold public deposits to set aside collateral for those deposits, perhaps by purchasing U.S. Treasury bonds in a dollar-for-dollar ratio.

One option Pryde has been eyeing is for the Federal government to step up using authority granted by the CARES Act. The CARES Act gave the U.S. Treasury authority to allocate up to $500 billion “to make loans, loan guarantees, or investments to assist eligible businesses, states, and municipalities affected by COVID-19 until the end of 2020.” Of that, $46 billion was dedicated to specific sectors like the airline industry, and just $215 billion of the rest has been allocated to various programs like the Federal Reserve’s Municipal Lending Facility, Main Street Lending Facility, and other facilities propping up the bond markets and other parts of the financial system.

Pryde thinks some of the remaining $239 billion in unused CARES Act emergency funding authority for the U.S. Treasury could be used to provide a new kind of federal deposit insurance or other guarantees specifically for state or local public banks.

The California Public Banking Alliance also spent many hours working on a governance structure for a new state-owned bank. It would need to guard against corruption and political interference in day-to-day lending decisions, while also providing an effective means of holding the bank accountable for meeting public goals and not just turning a profit. Legislators are still finalizing the bill, taking feedback from all interested parties especially when it comes to governance.

Supporters intend to build upon the governance model of the only state-owned bank in operation, the 101 year-old Bank of North Dakota. (The Territory of American Samoa also recently opened its own bank, by the way.) In North Dakota’s case, the Governor, Agriculture Commissioner and Attorney General (all statewide elected officials) serve as the state-owned bank’s board of directors, known as the North Dakota Industrial Commission. The state of North Dakota deposits all of its revenues into its state-owned bank, which does not carry federal deposit insurance but is instead guaranteed directly by the state.

Supporters hope a California state public bank would also have a similar track record as the Bank of North Dakota, with public records showing it has had positive net income every year going back to 1966. Last year was the Bank of North Dakota’s 16th straight year of record profits, and it has returned more than a billion dollars to the state’s general operating budget since inception.

Santiago and Chiu are expecting even more resistance to AB 310 than last year when passing AB 857, in part because banking industry lobbyists who opposed that bill now know what they’re up against.

“When we got public banks done last year, it was the only bill I’ve ever seen in the legislature powered by people,” said Santiago. “We beat big banks without a single lobbyist.”

Editor’s note: We’ve corrected the bill that last year paved the way to create public banks in California. We’ve also corrected language around the bank’s proposed governance structure (which is still in flux as the bill is tweaked).