Dollar Amount Put on Cost of Blight to Neighbors – Next City

Dollar Amount Put on Cost of Blight to Neighbors 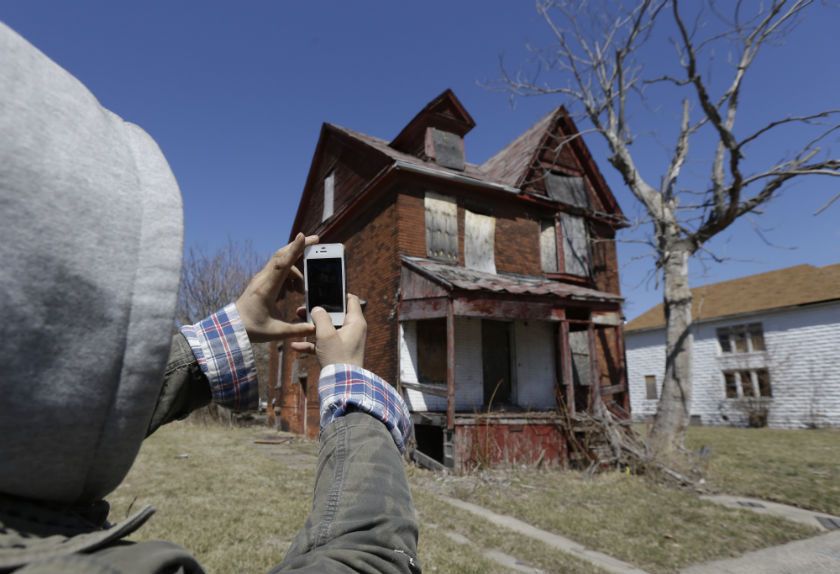 That foreclosed house on your street with the chipped paint and boarded-up windows — it’s ugly, sure, but how much does it cost?

The answer is surprisingly complex, drawing from municipal budgets as well as the private market, and it’s the topic of a new report led by urban economist Aaron Klein. Bottom line: The vacant house next door is a financial burden on its neighbors, whose housing values drop as it stays unoccupied, and often on the coffers of local police and fire departments as well.

The report, “Understanding the True Costs of Abandoned Properties: How Maintenance Can Make a Difference,” estimates that each property costs roughly $155,000 in its first year.

“These costs may appear self-evident at first — the reduction in property value for the building, for neighbors, for the community — but they are often broader than commonly appreciated: Major costs stem from increased crime and arson generated from abandoned properties,” Klein writes.

Those boarded-up windows are something of an “X marks the spot” for certain types of crimes, particularly the theft of appliances and copper pipes. The report estimates that, within 250 feet of a foreclosed home, the foreclosure process actually leads to a 10 percent increase in the number of reported crimes per year. And the impact of vacancy on crime increases as the property stays unoccupied, leveling out between a year and 18 months. Then, in a vicious cycle, that increase in crime can cause neighboring property values to decline. 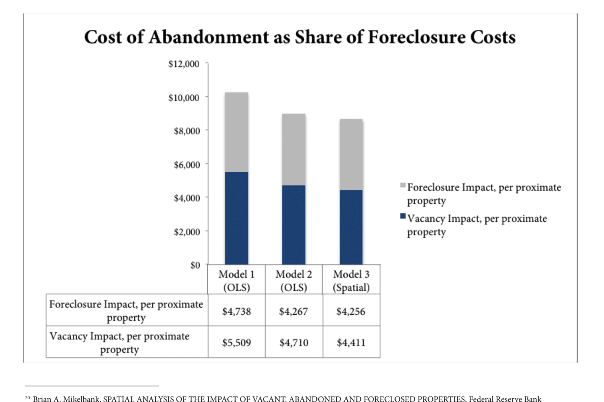 “Over one year, an abandoned property will result in, on average, an increase in crime costs of $14,000,” Klein writes. Vacant houses are also more likely to go up in flames, costing an estimated $29,000 in property damages.

Compounding these costly damages, foreclosed houses (particularly those that go un-maintained) have a clear social cost — and working class communities of color have more than their fair share. In December, 20 organizations filed a lawsuit against Fannie Mae on the grounds that it supposedly maintains and markets foreclosed houses better in white neighborhoods than in their Latino and black counterparts. OneWest Bank, chaired until recently by Steven Mnuchin (President-Elect Trump’s pick to lead the Treasury Department), has also been the target of allegations from fair housing advocates who accuse it of similar practices.

The report concludes that “mitigating vacant and abandoned buildings are of significant policy importance.” As more U.S. cities gather data on their stock of abandoned properties, perhaps they’ll start to think about the social and economic drain of those boarded-up windows — and not just the direct cost.