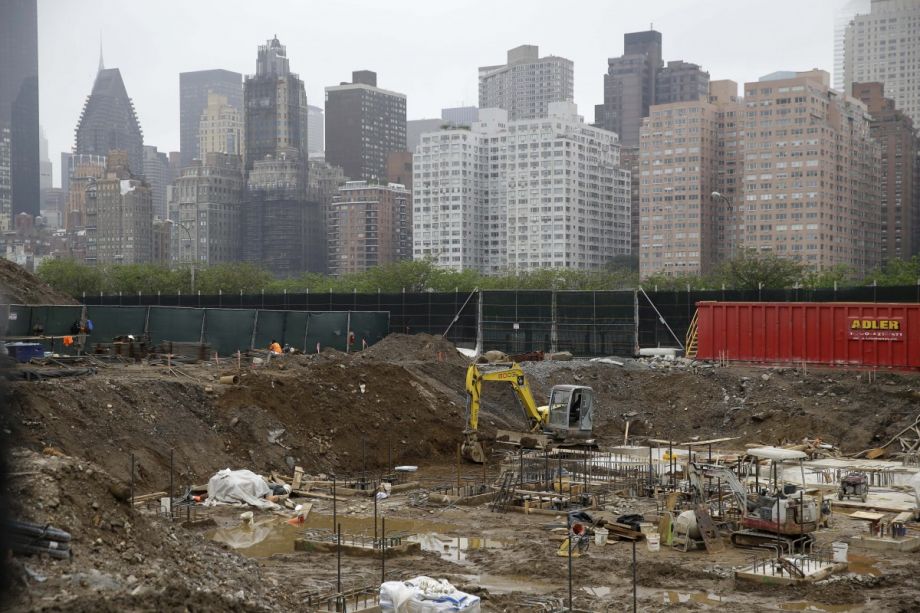 The residential high-rise is part of Cornell Tech’s new 12-acre campus on Roosevelt Island in the East River between Manhattan and Queens.

“We’re a campus of innovation and we want our buildings to reflect the activities we do throughout the city and the industry,” says Cornell Tech’s Jennifer Klein. “What better way to do that than to push the envelope for sustainability with passive house?”

The Cornell Tech residential building will have 352 units in 26 stories, beating out the world’s first and current tallest passive house high-rise, a 20-story office building in Vienna, Austria. The facade will be constructed with a metal panel system that acts as thermal insulation. The windows will be triple-glazed to also improve insulation. It will use energy recovery ventilation (ERV) units, which constantly circulate fresh air while capturing and reusing the heat of inside air to heat up outside air as it’s brought in.

According to the designers, the Cornell Tech building is projected to save 882 tons of CO2 per year and use 60 to 70 percent less energy than a traditionally constructed building. Klein says they plan to pass some of those savings along with below-market-rate rents in the units.

“There are a lot of technologies available in Europe and Asia that haven’t necessarily translated into a U.S. market,” says Arianna Sacks Rosenberg, senior project manager with Hudson Companies, the project’s developer. “A lot of the stuff in U.S. market is for single-family homes or smaller buildings.”

Beyond materials, the project has run into roadblocks with lagging building codes.

“This is not typical construction practice and building codes don’t necessarily have the same models that passive house design and construction would have. We had to get a number of variances for mechanical systems for fresh air systems and such,” says Klein.

She adds, “certainly the city’s efforts for sustainable development and energy-efficient modeling are moving in the right direction, but there needs to be changes. If [passive house] starts to catch on, it could really change the way standard building rules are thought about.”

Rosenberg likens their experience with passive house building to early LEED design buildings. “LEED was a great first step. Building codes had to change for LEED, and they’re going to have to change again to have passive house standards happen.”

Cost has always been a limiting factor in passive house construction. According to Passive House Institute U.S., passive house buildings cost 5 to 10 percent more than traditional construction. But Rosenberg says the cost burden is actually less severe for their high-rise than it might be for a single family home.

“We haven’t built the building yet so it’s hard to speculate on the overall cost. If I had to loosely guess it is probably a 3 to 5 percent cost increase, definitely not 10 percent. When you have a larger structure you’re obviously able to spread the cost among the entire square footage of building,” she explains.

With construction just beginning, it is too early to say Cornell Tech has worked out all the kinks, but Klein is hoping their experience with cost, permitting and materials serves an example for other developers considering passive house high-rises.

“There are certainly a lot of developers in New York that have been really intrigued and tempted by passive house at a larger scale,” says Klein. “The fact that this was something that we took on and were able to design successfully, figure out a way to afford it with a budge and also get it approved allows those developers to think about passive house systems in a larger way.”

Mike Eliason, a passive house consultant and designer in Seattle, says the passive house world will be watching to see if Cornell Tech’s building succeeds.

“I think for a developer to take this on is a pretty huge deal … not just in the U.S., but globally. It’s going to be a good demonstration project,” says Eliason.