The Secret Copenhagen Model for Regenerating Cities – Next City 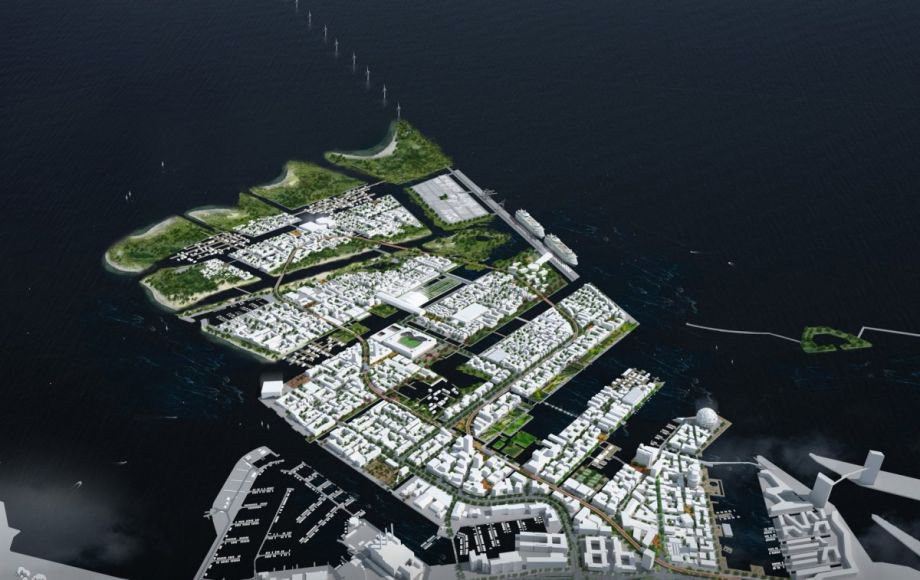 Thirty years ago, the city of Copenhagen was experiencing 17.5 percent unemployment, an out-migration of population, the loss of manufacturing, the decline of taxing capacity, and an annual budget deficit of $750 million. Today, the city has been transformed into one of the wealthiest (and happiest) in the world.

A little known publicly owned corporation — the Copenhagen City & Port Development Corporation (or By & Havn in Danish) — is one of the main reasons for this remarkable turnaround. While cities around world rightly celebrate Copenhagen for its cycling culture and climate change commitments, the real focus should be on institutional innovation, explored here in this first in depth case study.

Like many innovations, the genesis of the Copenhagen model was a product of crisis. The mayor of Copenhagen at the time, Jens Kramer Mikkelsen, put it as follows: “We knew the city was in a desperate situation and we needed to [make large-scale infrastructure investments] to address this situation. However, to pay for the grand infrastructure project we needed serious money. We could not raise taxes. Also, we needed agility and flexibility to operate.”

The solution: transfer vast amounts of public land to a new publicly owned, privately managed corporation. Rezone the land — primarily in the old harbor and an undeveloped area between the airport and the downtown — for residential and commercial use. Then use the revenues projected by smart zoning and asset management — not taxes — to finance cross-city transit infrastructure, thereby spurring the regeneration of core areas of the city.

The results of this institutional model have been nothing short of transformative. A vibrant, multi-purpose waterfront. A world-class transit system. Thousands of housing units built for market and social purposes in accordance with energy-efficient standards.

The most recent effects of this smart institutional model can be seen in the ongoing transformation of North Harbor (Nordhavn), only one of multiple sites under the corporation’s control.

The North Harbor project is essentially building a new city within the city in a dense, sustainable, transit-connected environment. Eventually, the entire North Harbor area will include residential, commercial and office space and the capacity to accommodate 40,000 inhabitants and 40,000 workers.

The North Harbor district is partly built on surplus soil pulled up from the underground during the metro construction. The amount of soil deposited has been so substantial that it has actually raised the level of the new land by a meter as protection against climate change and rising sea levels.

Buildings in the North Harbor must conform to Copenhagen’s larger ambition of becoming the first capital city to be carbon neutral by 2025. Developers must adhere not only to national and local standards for energy consumption but also ensure that materials are sourced locally, building insulation is adequate, and the construction process is conducted properly in terms of reduced accidents and suitable working conditions (lighting, temperature, etc.). Local law also requires that at least 25 percent of the housing in new city districts is set aside as social housing for lower-income residents.

The North Harbor project finances both the redevelopment of the North Harbor itself and the continued expansion of the city’s metro system. To support this, CPH City & Port Development has created a smart profit-sharing mechanism: The corporation receives part of the property value increase generated by the introduction of a metro station. In this way, the public realizes a portion of the value that it creates through the introduction of a transit system rather than allow it to be realized exclusively by private owners.

The Copenhagen model works because the public sector participates for the long term, reaping enormous benefits as value naturally appreciates from smart public investments. It combines the efficiency of market discipline and mechanisms with the benefits of public direction, legitimacy and low-cost finance.

It is clear that adapting the model to cities in the United States and around the world would be enormously beneficial. For example, Haifa, Israel, is shifting the location of its port and pursuing an ambitious redevelopment of its waterfront, an undertaking that is directly analogous to Copenhagen’s North Harbor project.

Hartford, Connecticut, is experiencing severe fiscal distress that could be alleviated by using the disposition of strategically located public assets to spur residential and business growth (and tax revenue) along its waterfront.

Pittsburgh is undergoing the most dramatic revitalization in decades (primarily near its world-class research institutions Carnegie Mellon University and the University of Pittsburgh), which could be further accelerated by the smart management and disposition of public land and buildings.

The housing affordability crises of expensive cities like Boston and San Francisco could be mitigated by leveraging public assets to capitalize housing trust funds.

Adapting the Copenhagen model to the United States, in particular, will require cities to overcome a series of institutional and operational barriers.

In the U.S., we generally know what cities owe (due to massive pension liabilities) but not what they own. There is absolutely no excuse for this lack of transparency and market knowledge in the age of technological innovations like geospatial mapping and big data analytics.

U.S. cities are often developing for the short rather than long term. The disposition of public assets in U.S. cities is often undertaken to fill immediate budget deficits rather than finance long-term regeneration and infrastructure. The immediate budget needs of local government are exacerbated by the similar short-term orientation of financial institutions like commercial banks and pension funds.

Many U.S. public authorities, initially established to ensure political insulation, are ironically riddled with political interference, the Port Authority of New York & New Jersey being only the most well-known example. Changing the culture and behavior of public authorities is as important as corporate or statutory issues of institutional merger and powers.

Here is the bottom line. In the face of a radically changed economy, our cities need to upgrade outdated transportation and energy infrastructure and revitalize underutilized industrial and waterfront areas. Support from the federal and state governments at the right scale and in the appropriate form is highly unlikely. And exclusive reliance on the private sector is a fool’s errand, because it will prevent the public sector from enjoying the fruits of public assets.

The upshot of the Copenhagen story is that smart city institutions matters as much as innovative urban techniques and tactics. There is a better way to grow, govern and finance our cities that will require a burst of institutional and operational innovation not seen in decades. Shakespeare was wrong. There is something replicable in Denmark and we need to pay close attention.