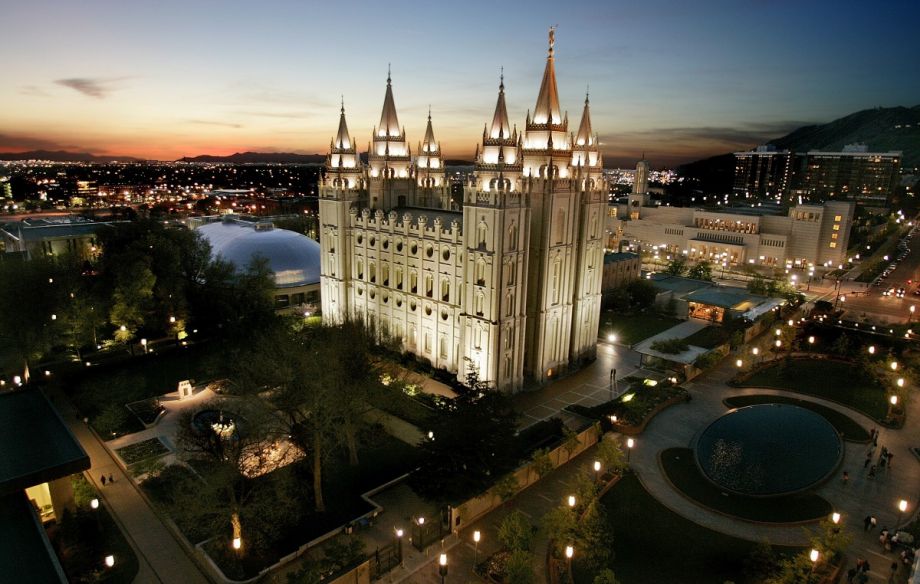 Emma More and her family moved from Venezuela to Salt Lake City in the early 2000s, in part, to help her daughter continue her education. They were also drawn to the close-knit network established by the Church of Jesus Christ of Ladder Day Saints, to which they belonged.

The plan was, More’s daughter would attend community college, they would spend a few years in the United States helping her get established and then possibly return home. But by 2014, while they were still living in Salt Lake City, Venezuela fell into political and economic crisis. It became clear, More says, that their plans to relocate back to their village in the tiny state of Táchira would not be likely for the foreseeable future.

It was soon after that More began to consider her employment options, and it didn’t take long before the idea of a food business came to mind. Back in her home country, informal eateries flourished inside people’s homes. There were no signs out front marking them, she says, it was more a matter of stopping by a neighbor’s house to enjoy a traditional dish.

One day, More came across a cluster of tables outside a church, set up by various social service organizations. One was from SPICE Kitchen, then a relatively new food business incubator. An organizer caught her attention — she spoke Spanish, and that made the difference between passing by the information table and sticking around to hear more.

“I worked at a school in Venezuela but always made homemade meals,” More says through a Spanish-language interpreter. “I explained that my food isn’t gourmet but it’s the food of my village, from my country, so that is something that I could do.”

At the time, there wasn’t much in the way of traditional Venezuelan cuisine in the Salt Lake City area, so it seemed that starting something would fill a niche. Within a matter of months, More was enrolled in SPICE Kitchen’s programming and launched La Pizca Andina, a catering business that specializes in traditional Venezuelan dishes like arepas, buñuelos and pizca andina — an egg soup made in More’s hometown.

Applicants go through a month-long application and enrollment process, followed by a four to six month pre-incubation period to establish a business plan that covers product development, marketing, and finances. After that, participants have up to four years to bring their businesses to scale, including access to the organization’s commercial kitchen and opportunities for accessing capital. Once an entrepreneur graduates, they can continue using SPICE Kitchen resources such as discounted kitchen rental.

The beginnings of SPICE Kitchen came in 2012 out of demand from its client base, mostly immigrants and refugees from war-torn countries. It’s a project of the local office of the International Rescue Committee, a resettlement agency whose services include immediate needs for new arrivals like rides from the airport, temporary housing and job placement.

Resettlement agencies in many other states offer six months of assistance to newly-arrived refugees. In Utah, through providers such as the International Rescue Committee, the state’s refugee services agency supports up to 24 months of assistance to refugees. That means once immediate needs are met, more long-term avenues for economic opportunity become possible, according to Kate Idzorek, the SPICE Kitchen program manager. Over the years, she says, clients consistently brought up developing their informal food businesses from occasional hobbies to formalized enterprises.

“The ultimate goal is either income patching, or becoming a sustainable source of income … In an area they have talent in,” Idzorek says.

Idzorek’s office consulted with La Cocina, a kitchen incubator based in San Francisco’s historically Latino Mission District that focuses on helping Latinx-owned businesses grow. One aspect that drew SPICE Kitchen to the Bay Area’s work was in its success in addressing language barriers. Caleb Zigas of La Cocina says that organizations looking to emulate the Bay Area’s model reach out to them regularly for consulting. As a nonprofit itself, Zigas says collaborating with other groups is somewhat limited. In the case of SPICE Kitchen, organizers flew La Cocina staff to Salt Lake City and paid a $2,500 consulting fee.

One common issue facing groups like SPICE Kitchen or La Cocina: until they get involved, food handler certification, state and county licensing and other logistical issues are all communicated exclusively in English. Idzorek says most of the local IRC’s office clients speak Arabic or Spanish, but programming is also available in Tamil, Ukrainian and a few other languages.

The International Rescue Committee has since helped similar initiatives in other cities to support refugees and immigrants get a foothold in the food industry. The resettlement agency even created its own federally-certified community development financial institution to provide small business loans and other credit to its clients across the country

Meanwhile, More has since gotten her business an established client base, including the University of Utah, and she hopes to someday open a small restaurant or perhaps first a food truck that is representative of the town she lived in in Venezuela. She says demand for her traditional dishes continues to grow as more Venezuelans seek asylum in the United States, and in particular those who flee to Salt Lake City to, like her, find the support of the Church of Jesus Christ of Ladder Day Saints.