This Is What Happens When Cities Trash Equity – Next City

This Is What Happens When Cities Trash Equity 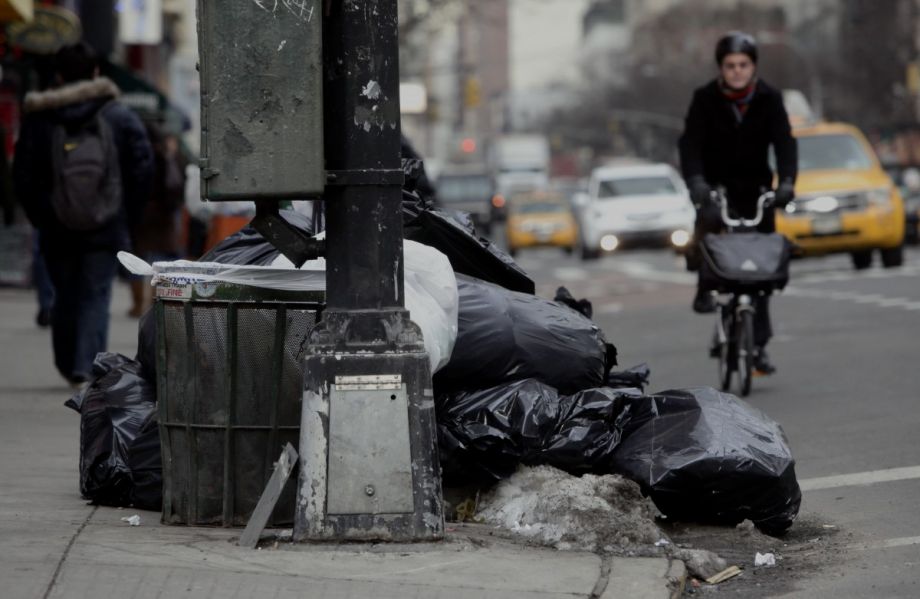 From housing to transportation and employment, chances are pretty good that your infrastructure is better if you’re wealthy and/or white. But a bill making waves in New York City looks at another kind of structural inequality, one that tends to receive less national attention than transit access or neighborhood segregation. Called Intro 495, it addresses trash — more specifically, the transfer stations where garbage sits before being carted off to landfills and incinerators.

Right now, facilities that handle up to 80 percent of the city’s waste are concentrated in just three neighborhoods: North Brooklyn, Southeast Queens and the South Bronx. According to Capital New York (and backed by a perusal of JusticeMap.org) “the most heavily affected areas tend to be low-income communities of color.”

Introduced by Council Members Stephen Levin and Antonio Reynoso last October, the bill seeks to “more equitably distribute the responsibility of solid waste management throughout our city by 1) decreasing permitted capacity for waste processing in overburdened communities, and 2) capping permitted capacity for each community district to ensure that no other community will take on more than its fair share.” Though Intro 495 originated last year, it’s been making headlines since protesters rallied outside City Hall last month.

According to Robert Bullard, a dean at Texas Southern University (who also holds the informal title “Father of Environmental Justice”), this kind of legislation isn’t new. Officials in many cities are confronting the placement of transfer stations, landfills and incinerators because they follow a clear but ugly pattern.

“Historically they were placed in the path of least resistance, which was low-income communities of color,” he says.

Bullard has written 18 books on topics ranging from land use to climate change, but his environmental justice career started with garbage. As he detailed in “The Mountains of Houston,” he realized in 1979 that although “Blacks made up just over one-fourth of Houston’s population, five out of five city-owned landfills (100 percent) and six of the eight city-owned incinerators (75 percent) were sited in Black neighborhoods.”

Like every built feature of systemic racism, the harm created by this kind of clustering doesn’t just go away. Often, Bullard explains, when officials propose a new facility, they’ll try to place it next to existing infrastructure like landfills or transfer stations because of proximity or convenience. But then the neighborhood already forced to contend with toxic waste, heavy equipment emissions and even, possibly, leachate, is given more of the same.

“Whenever a proposal for a new facility occurs, this always comes up, whether it be Atlanta, Charlotte, Memphis or Los Angeles,” he says. “The policymakers are immediately confronted with: How can we move forward in a way that doesn’t build on past discrimination or injustice? It means trying to come up with a plan that minimizes the impact.”

He doesn’t point to any one city as a model for accomplishing this, stating that, from a political perspective, redistribution is very hard to do. Suggesting a solution that’s somewhat mathematical — “if we must have this facility, then those communities that have historically borne the brunt should come off the table” — he asks a question that policymakers often dread: What if the only neighborhoods left are “affluent, politically powerful and white?”

“I have not seen an ideal framework in place,” he says. “All communities are different, but often some kind of horse trading comes up.”

Communities will turn to aggressive recycling, composting or “some alternative that will be less controversial” to prolong the life of existing facilities, he says. And, yes, of course these kinds of disposals are better for everyone, including our methane-soaked air. But it’s aslo easy to see how they could become a good deflection strategy, while the same neighborhoods continue to process the whole city’s trash.

Certainly, this argument has come up in New York.

“We’re having the wrong conversation,” he told a reporter after the City Hall rally.

Opponents of another transfer station, located on 91st Street on the Upper East Side, have made similar arguments (and spent more than $1 million on lawsuits to back them up.)

The racial politics of New York aren’t entirely clear-cut. While the 91st Street station is close to a whiter and much more affluent neighborhood, Bensonhurst, where the Coney Island facility is proposed, is neither primarily white, nor particularly high income.

For his part, Bullard doesn’t have an exact answer on the path forward, but he does advocate city legislation that acknowledges clustering as a historic (and current) problem.

“Every major city getting low on landfill space is faced with this system,” Bullard says. Building in what he calls “an equity analysis” is a start. That, at least, “makes it plain and clear up front what you don’t want to do.”