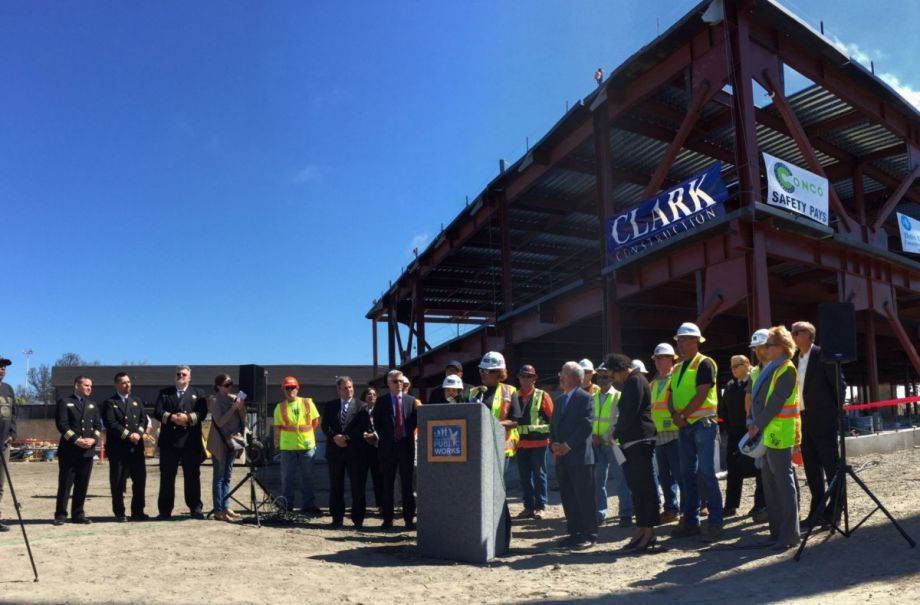 Alfonza Merritt always wanted to work with his hands. Whether it was fixing helicopter blades in the U.S. Navy, or stitching furniture at the upholstery factory in San Quentin prison where he served 20 years, he’s always found fulfillment in using his strength and attentiveness to create things with great utility.

When he finally finished up his sentence for a second-degree homicide charge in November 2015, he relocated to San Francisco, determined to craft a new life far away from his hometown, Gary, Indiana, and its abundance of “crime, gangs and drugs,” says Merritt.

He arrived in the city with a wealth of drive, but nowhere to direct it. “A person like myself, who didn’t have any resources, would probably end up working fast food or some dead end job,” says Merritt. “I didn’t want anybody to give me handouts. I’m an able-bodied person. I should be able to work.”

Shortly after he secured an apartment, a friend he made in his building told him about a program called CityBuild, a city-managed construction jobs course designed specifically for San Francisco residents with criminal histories and other barriers to employment.

That friend’s suggestion, says Merritt, brought the 43-year-old the drastic life change he’d wanted since his late teens, but was never able to afford.

In running CityBuild, the San Francisco Office of Economic and Workforce Development (OEWD) partners with 19 different trade unions, government offices and the City College of San Francisco to web together a network of trade education resources that stem beyond the capacity of most pre-apprenticeship programs in the U.S. Students get a rich spread of 18-week courses that cover carpentry, masonry, electrical work, ironwork, painting and other skills, and those who qualify for its administrative program can get certified in jobs like construction accounting and project management.

“The experience was amazing,” says Merritt, lauding his 18-week course to get certified as an entry-level laborer. “It allowed me the opportunity to seek a career that would really help me in the long run in terms of building up a pension, having medical benefits. I felt like I just needed some help to get started, and [CityBuild] was everything.”

Such programs often offer a way to put workers in contact with union-friendly construction employers. CityBuild goes a bit further by folding in local companies like Clark Construction into its administration. Sometimes, graduates get hired right after the course ends because their teachers worked on sites that needed more hands.

The program also makes sure a graduate’s first few steps are the right few steps — especially after they land their first job.

They do this through what they call “employee liaisons,” OEWD staffers who “make sure that when people are staffed for a job, they go to work every day,” says Todd Rufo, OEWD director.

“They’ll call and say ‘Hey, you’ve gotta go to the job site, we’ve got you an opportunity to do XYZ so you better be ready to work and you better not have any issues,” says Rufo. “We’re not in the business of just getting someone in and being like ‘Good luck.’”

Then there’s the program’s focus on soft skills, covering anger management and training students how to respond to employers on the job site. There’s also basic math and English as a second language classes, and students get to learn the fundamentals of a wide net of trades to make sure they’re competitive and well-rounded once they get to their first project.

Merritt, for example, recalls a recent day working on a water treatment plant in the Bayview area where the carpenter didn’t show up. Because of the general carpentry training he got at CityBuild, he was able to take the reins in a way none of his peer laborers could and help build a wooden shed.

“It’s not like some programs in other cities where they have a local hiring requirement, but they don’t really put the infrastructure in place to help graduates grow,” says Steve Dell’Orto, vice president of Clark Construction. “It’s not unlike a school,” he adds, highlighting that students can also leave the program with up to 15 college credits.

Rufo says that San Francisco’s OEWD is seen as a “national model” by similar offices across the U.S. Representatives from New York, Baltimore and even as far away as China have called his office for a primer on the ins and outs of what’s made CityBuild so successful.

Over the past decade, CityBuild has targeted some of San Francisco’s most marginalized populations — people of color and low-income residents — when helping employers staff job sites across the city. San Francisco has a local law that requires construction projects within the city to source 30 percent of a workforce with local hires, meaning the program is a win-win-win for contractors, laborers and the communities those laborers live in as it pushes more of their population up into the middle class. 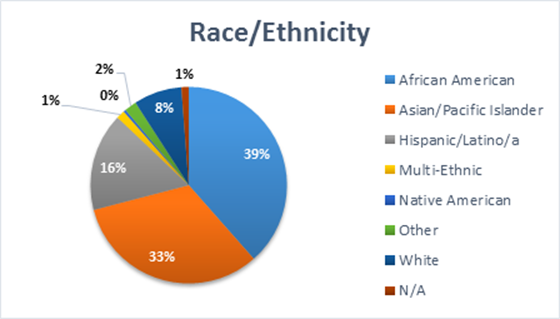 The race and ethnicity makeup of CityBuild's graduates (Credit: OEWD) 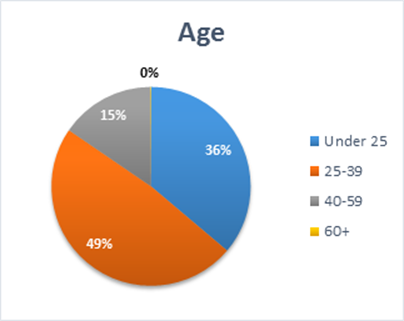 Most CityBuild hires are black, Asian, and Hispanic or Latino, and come from areas like Bayview-Hunters Point, which was drawn as one of the Bay Area’s five census tracts with 40 percent of its population beneath the federal poverty line in 2011.

Direct partnerships with companies like Clark, says Rufo, are what have secured the program’s 86 percent success rate since 2004, with 753 out of 874 graduates finding long-term employment in construction fields. The administrative jobs arm of CityBuild has a slightly less successful placement rate, at nearly 59 percent, with 130 out of 214 graduates getting jobs in clerical settings.

Merritt says all but one of his fellow grads were able to secure work after the 18-month training session finished.

San Francisco, to him, was always the “land of second chances.”

“The city itself has a lot to offer, and I really enjoy it. I feel like I have a fresh start,” he says. In his free time, he helps feed the homeless at St. Anthony’s Dining Room in the heart of the Tenderloin district, a central San Francisco neighborhood where homelessness and public drug use are everyday sights. “And I’m grateful that I actually had the opportunity to go through CityBuild, so I could lock into a job and pay my bills, and save money, and not have to worry something will land me back in prison.”

He spent nearly half of his life in prison, but it didn’t overshadow his resolve to spend the other half working a job that he was happy to show up to every day. When he first arrived in San Francisco, he wasn’t sure if that job existed. “Especially with my background, being incarcerated for an extended period of time. I was really serious about proving something to myself, that I could make it,” he says.

Now the options seem limitless. “I didn’t even know how much the construction business entailed, all the different trades, how many opportunities there were,” he says. “All of the opportunity is there, and all I have to do is take it.”