Connecting Houston’s Growth to its Treasured Diversity – Next City 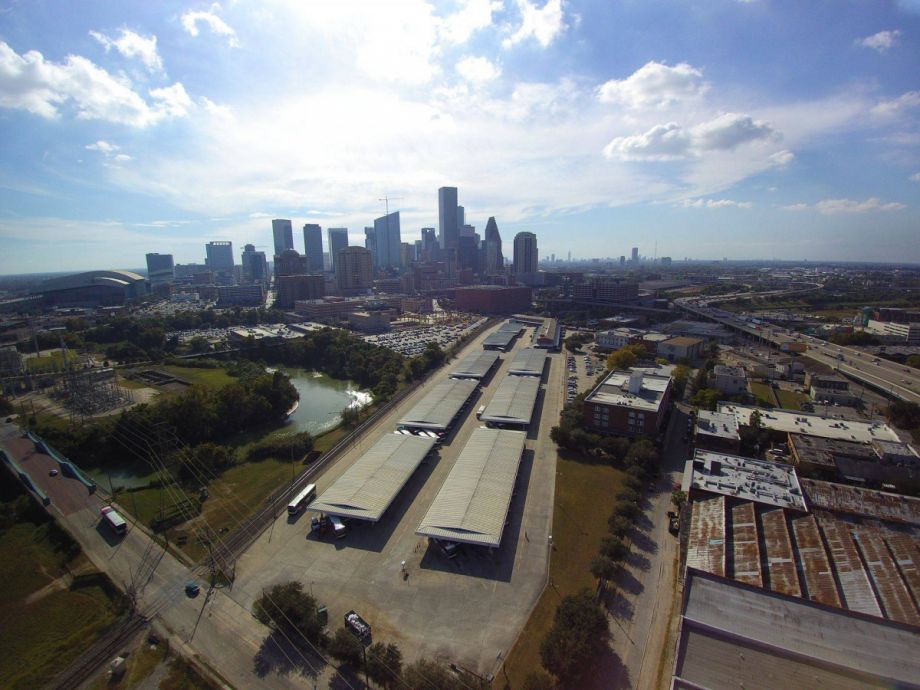 Few ever see Houston the way Joseph Taylor does on a regular basis. As the founder and CEO of D.C.T. Imaging, he leads a squadron of drone pilots providing aerial photos and videos to document construction projects all over the fast-growing Houston metropolitan area. For years, Houston has been expected to pass Chicago as the third most populous city in the country. This may finally be the year.

“It’s getting busier,” Taylor says. “With the city growing, transportation has to catch up. The only challenge with that is, it’s so many pieces of the pie everybody’s trying to get into.”

Because his target clients consist primarily of general contractor firms in the construction industry, Taylor also sees Houston largely through the lens of that industry, and it is one with a predictable pattern. “It’s dominated by the big companies,” Taylor says. “And I’ve seen a lot of other industries have challenges because they’re dominated by the bigger companies.”

In Houston, as in most other cities across the United States, white-owned companies are larger than their minority-owned counterparts. In the U.S. Census Bureau’s 2012 Survey of Business Owners, the most recent available, white-owned businesses in Houston averaged $1.5 million in annual revenues, while black-owned businesses averaged only $52,000. The city aims to change that through programs such as Build Up Houston, operated out of its Office of Business Opportunity — Taylor graduated from the program last year. But systemic change will take time; there are generations of unfair advantages built into the city’s business environment.

“I grew up in a city where there were entrepreneurs in communities and neighborhoods that were underserved or under-resourced for decades, and in many cases those businesses no longer exist,” says Mayor Sylvester Turner, a Houston native. “That has an impact on people who could be employed and given an opportunity to take care of themselves and their families. Reversing that is an ongoing effort … You have to be intentional about it. It doesn’t just happen on its own.”

Diversity from abroad has helped fuel Houston’s growth, according to Turner. It’s no surprise that Mexico is the city’s top trading partner — but number two is China, and number three is Brazil. On the ground, workers of color from other countries are a major segment of the city’s workforce — almost one in four Houstonians were born in a foreign country, and Latin America, Asia, and Africa are 1-2-3 in places of origin for foreign-born workers in Houston. Turner proudly boasts 145 languages spoken in his city.

“It’s important to highlight what is in our city,” Turner says. “I would venture to say most people outside of the state of Texas probably don’t realize that Houston is the most diverse city in the United States.”

New York City may still have something to say about that, with its 37 percent foreign-born population, but the broader point remains — Turner feels compelled to keep spreading the word outside of Houston about his city’s diversity. He wants to sell the idea that companies and investors looking to do business in Houston should expect a very diverse city. As others have reported, Houston is “the face of America’s future,” in demographic terms, with no ethnic majority.

While Houston may be diverse on paper, it’s no guarantee that every segment of that diversity benefits equally from the city’s growth and global connections. Segregation is still a living memory for those in power in Houston. Turner grew up in segregated schools. The Houston Independent School District, the largest school district in Texas, didn’t fully integrate until 1984 — and that’s only on paper, as data shows Houston’s schools remain segregated today.

So much of doing business is about who you know, and because of segregation, people in a position to award contracts are less likely to know people outside their own race who are capable of fulfilling those contracts.

D.C.T. Imaging’s first contract was with Taylor Construction Management, a black-owned construction firm in Houston. With his prior experience in construction, he was able to get his business off the ground, but last year he caught wind of Build Up Houston, which the city’s Office of Business Opportunity launched in 2014.

“I wanted to learn more about how the city of Houston and OBO operated, how they would help small business, how is the city working with small businesses,” Taylor says. “My initial goals were to get in the program and see how I can get more work from the city. By the end, I was more thinking of how can I grow my company and become a national brand. So I went from thinking small to realizing hey I can do this.”

Hosted in partnership with Houston Community College, Build Up Houston offers a 7-month course on topics such as business development, financial management, human resources, estimating and bidding, project management, and bonding and insurance. It’s geared toward helping small businesses compete for contracts from public agencies or larger businesses. The curriculum comes from the national nonprofit, Interise, which currently offers the curriculum in partnership with local as well as federal agencies in more than 70 locations.

Besides the course materials, Interise’s curriculum actively encourages networking with agency or corporate procurement officers who get invited to class sessions, as well as networking among the cohort members. The class sessions are every other week, and in the off-weeks cohort members meet informally. Taylor says his cohort, which graduated last summer, still meets monthly, “to talk about issues and potential opportunities to joint venture.”

According to Interise, 72 percent of Build Up Houston’s 33 graduates are minority-owned businesses or operate in a low-to-moderate income community. According to Houston’s Office of Business Opportunity, the 2017 cohort alone reported securing more than $10 million in new contracts after starting the program.

Taylor says he’s gotten fourteen contracts since starting Build Up Houston, which have allowed him to hire and train four drone pilots from all over Houston — he chose them strategically to be able to serve clients all over the sprawling Houston metropolitan area.

“In order to get over the hump, I had to replace myself [as a drone pilot],” Taylor says.

There are many more challenges remaining to connect Houston’s global economic presence to the neighborhoods and people that have long been denied access to those connections. We’re talking about closing multiple-generations’ worth of economic segregation. Minority-owned businesses didn’t create that segregation, so they can’t be expected to close it by themselves. But an intentional focus on expanding opportunities for at least some minority-owned businesses helps flip the pattern of doing business with who you know into a force for closing that gap instead of perpetuating it.

“I have a couple minority-owned businesses I use, one for large-format printing, another for framing,” Taylor says. “If I need a service, that’s the first place I’m going to. I make it a point, by me being a minority small business owner, I want to support others.”