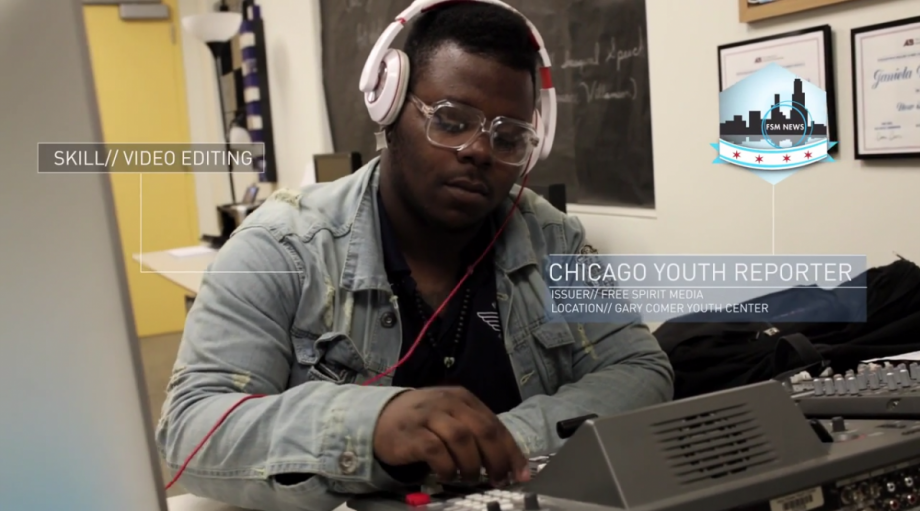 On a March 7 panel of big-city mayors at the University of Chicago’s Institute of Politics, Chicago Mayor Rahm Emanuel described what drove the creation of his city’s 2013 Summer of Learning program. “There’s a summer slide,” Emanuel said. “You can’t get year-round education and kids need year-round education.” He went on to describe how Chicago used a “digital badge” system to keep track of summertime learning. “My ultimate goal is that in four years, when a child shows up at school, they’re going to show up with their medical records,” Emanuel said, extending his right hand, “and they’re going to show up with their electronic badges that tell you what they did over the summer,” extending his left. 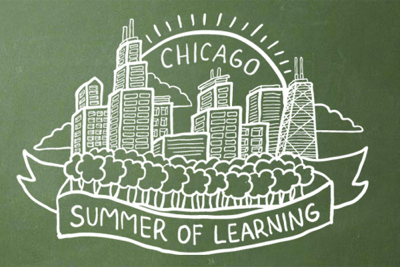 The Summer of Learning was why, five days earlier, Emanuel plunged into Lake Michigan alongside Jimmy Fallon as payoff on a bet that “Rahm’s Readers” couldn’t read 2 million books over the season. Less high profile than the icy dip, though, is the fact that Chicago’s plan to make its libraries, parks, wood shops and YMCAs into places of learning owes much to the open-source software movement.

Emanuel’s “electronic badges” are powered by Open Badges, a project launched in 2011 by the Mozilla Foundation, caretaker of the Firefox browser. Merit badges are, of course, not new. The Boy Scouts have used them for a century, and today there are even Nerd Merit Badges. But one significant difference is that web-based digital badges are “baked with information,” explains Megan Cole of the Open Badge Alliance: There is a ton of credentialing information that, by virtue of being digital, can travel along with the learner from setting to setting. The adopted slogan for Open Badges captures it well: “Get recognition for learning that happens anywhere. Then share it on the places that matter.”

Open Badges, Cole says, had just launched version 1.0 of its Open Badges Infrastructure — the “plumbing” that makes digital badging possible — when Emanuel, a year ago this month, pushed forward his Summer of Learning idea. Education experts made the connection between the two approaches. Quickly, Chicago became a test bed for the idea that digital badges could be applied to a full city at once.

Between March and June the team mobilized under the direction of the Digital Youth Network to get about a hundred different organizations, from the public library to small dance studios, to set up about a hundred possible badges, covering everything from sculpture to video production to using lasers to make jewelry. Software called BadgeKit was used to set clear standards for earning badges. The team built Badge Studio to let organizations without on-staff visual design skills whip up good-looking badges adorned with the Chicago flag and ready-made icons. And it constructed a ladder through which students could “level up” to more ambitious badges in the STEAM fields — Science, Technology, Engineering, Arts or Math — which are of particular interest to Emanuel.

The result? Some 150,000 badges were issued of 1,000 different available types. About 600 kids got city-level badges, and about 300 unlocked higher levels. Slightly more female students earned badges and 56 percent of earners were African-American students.

Unsurprisingly, there were rough spots. A full quarter of participants where under the age of 13, but because of the federal Children’s Online Privacy and Protection Act, their online profiles couldn’t share badges through social media and were otherwise burdened with high levels of parental oversight requirements. Moreover, only about half the badges earned were actually claimed and stored in digital backpacks. Some participating organizations had set up computers so that students could claim their badges on the spot through a platform called Open Badger. Others, though, relied on printed claim codes. It’s likely, Open Badge staff has written, that there are lots of badges “stuffed down in the corners of physical backpacks.”

As the program rolls on in Chicago, the team is trying new things. It’s reaching out more to parents to let them know about the program by, for instance, providing information about it on report card day. It has rebranded Chicago as the City of Learning, and has focused attention on school-year breaks, too — in December, Emanuel announced a Winter Adventure Passport initiative. The team is working to integrate the program more fully and formally with Chicago Public Schools, and hopes to create more direction around badge collection.

Meanwhile, the Open Badge Alliance has spun off from the Mozilla Foundation to act as “community wranglers,” as Cole puts it, and to make sure the idea has a certain level of neutrality, which could be critical if digital credits are move around easily in the educational sphere.

Think about open-source digital badges long enough, and you start to see the potential for them to remake education. At the least, using technology to capture and compile learning outside traditional settings allows an exploration of education’s boundaries. Badges “make the connection between informal and formal learning,” as Cole puts it, starting with something so simple as giving kids an evidence-based way to complete their obligatory “What I Did This Summer” assignments.

More than that, though, they open up the possibility of having records on education and skills that are much more granular than we’ve seen in the past. Resumes depend a great deal on trust and the real meaning of our experiences can be fuzzy, but badged-based resumes can be linked to particular curricula and training. Anyone can use the Open Badge platform, and there are more than 2,000 badges out in the wild at the moment. Academic learning company Pearson offers some through a platform called Acclaim. NASA is beta testing a badge won by piloting a virtual space rover. Indiana’s Purdue University is offering digital badges in some graduate programs, capturing things like labs, group projects and internships and acknowledging that, say, Intermediate Physics is a different experience for everyone. There has also been a push to use badges to help military veterans translate their skills into things that employers can understand, a notorious challenge. Badges are helping to redefine, Cole says, “what counts as legitimate learning.”

Chicago, Emanuel has said, will run the badge-based Summer of Learning program again this year, and the idea is spreading. “I’m really proud of what Rahm’s done here, and we’re looking to emulate it in Los Angeles,” L.A. Mayor Eric Garcetti said at the University of Chicago session. Emanuel responded with a nugget of advice: “Don’t jump in the lake if they read 2 million books. If you’re going to come up with a number,” he said, raising his hand above his head, “come up with a big number.”

In addition to L.A., Dallas and about half a dozen other cities are on track to launch badge-powered Summer of Learning programs this June. The Open Badge Alliance has also heard interest from a handful of other cities, including New York and Washington, D.C.