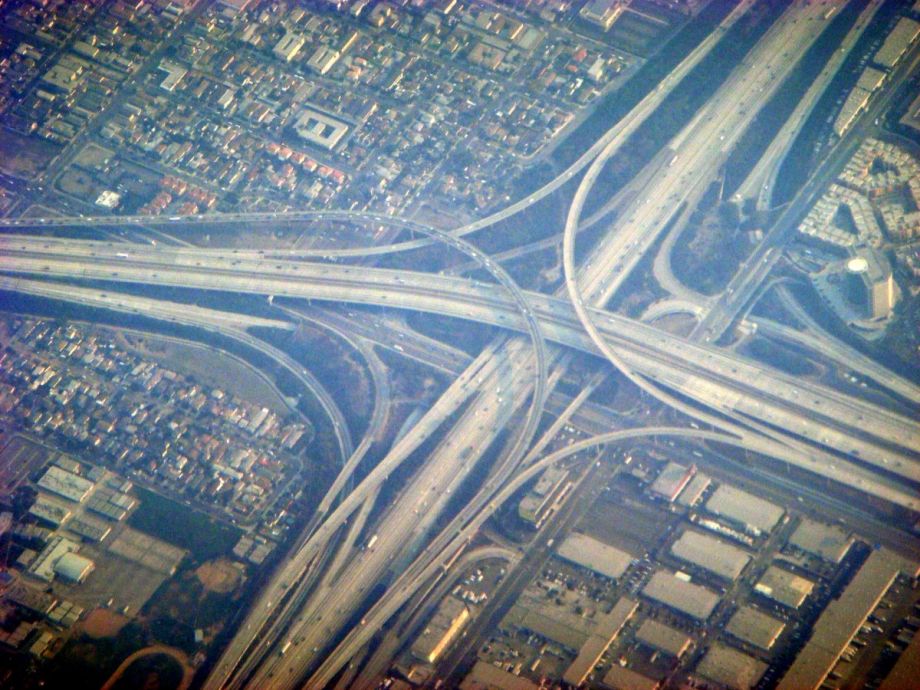 Welcome to “The Mobile City,” our weekly roundup of noteworthy transportation developments.

Many urbanists now agree that the urban freeways of the 1950s and 1960s imposed costs on the cities they divided that outweigh their benefits. Many of them split lower-income, Black neighborhoods in two to facilitate commuting to new suburbs on the urban fringe, leading many Black activists to label them “white men’s roads through black men’s homes.” Now, decades after the damage was done, Congress may be ready to undo it: A proposed bill would pour $10 billion into a pilot program that would let cities unbuild those freeways, replace them with more pedestrian-friendly boulevards and suture the sundered communities back together.

The city of Dallas is already getting out in front of the curve on this matter: armed with $4 million in federal funding, it plans to replace a freeway through a low-income minority neighborhood with a boulevard that will serve as a testbed for smart-transit technology.

Not as high-tech but perhaps more crucial is the long-running project to remove chokepoints on the Northeast Corridor between Newark and New York. A grant from the Federal Transit Administration will allow work to start on a replacement for one of those chokepoints: the Portal North Bridge over the Hackensack River in the New Jersey Meadowlands.

Feds May Provide Money to Reconnect Communities After Removing Freeways

An economic-justice bill now before the Senate could spell the end for urban freeways through low-income and minority neighborhoods in a number of cities. Streetsblog USA reports that the $435 billion bill, introduced by then-Senate Minority Leader Chuck Schumer and 25 Democratic senators before Congress recessed for Christmas, includes $10 billion for a pilot program that would enable communities to demolish freeways and knit their communities back together.

The program’s formal title is the Restoring Neighborhoods and Strengthening Communities Program; advocates are calling it the “Highways to Boulevards” initiative. Program funds would be available only to projects in regions with a high concentration of low-income residents or residents of color.

The key feature of the program is the funds it will offer communities to determine how the funds will be used to reunite the shredded neighborhoods. “There’s already funding available for highway deconstruction in various other pots of money at the Department of Transportation, especially as so many of our highways reach the end of their life,” Lynn Richards, president and CEO of the Congress for the New Urbanism, which collaborated on the writing of the bill, told Streetsblog. “And, of course, there always seems to be money for highway construction. What there’s almost no money for are for the feasibility studies, the capacity-building, and the coalition-building with the people who are actually impacted by highway projects — or by highway removal projects. That’s what’s really special about this bill.”

The funds can be used for just about any purpose save adding car-carrying capacity in a corridor. One of the things the money can go to is the establishment of community land trusts that acquire property that would allow low-income residents to remain around as their neighborhoods become more attractive to outsiders.

With the change in administrations and control of the Senate, the bill’s chances for passage improve. Incoming Transportation Secretary Pete Buttigieg has called undoing the damage caused by urban freeways “an imperative” for his tenure as head of the U.S. Department of Transportation.

For a glimpse into what the pilot program might achieve if it becomes reality, we can turn to Dallas, where Dallas Innovates reports that the city is about to embark on just the sort of project the “Highways to Boulevards” program envisions.

Dallas will use $4 million from USDOT to turn a freeway through a low-income Black neighborhood south of downtown into a boulevard that will serve as a testbed for smart-transit technology. The federal grant will allow the city to inject a number of new technologies into the project. They include:

Dallas was one of 10 recipients of the Federal Highway Administration’s (FHWA) Advanced Transportation and Congestion Management Technologies Deployment grants. A total of 46 cities submitted applications.

The 110-year-old Portal Bridge, which carries Amtrak’s Northeast Corridor tracks across the Hackensack River near Secaucus Transfer station in New Jersey, is one of the most notorious choke points on the Boston-to-Washington rail line. The swing span’s low clearance means that it has to open frequently to let boats through, and it fails to close properly about one in every seven times it opens. At times, the bridge gets stuck to the point where crews have to use sledgehammers to bring the rails back into alignment so trains can proceed.

Railway Age reports that New Jersey Transit (NJT) has received $766.5 million from the Federal Transit Administration (FTA) to cover part of the cost of removing this bottleneck at last. The grant covers 40 percent of the cost of a new, higher fixed span across the Hackensack, to be known as the Portal North Bridge. The FHWA will provide another $57 million, and NJT and Amtrak will cover the rest.

“This grant award represents the first intercity rail project funded under the Capital Investments Grants [CIG] Program,” FTA Deputy Administrator K. Jane Williams said in a video announcement Jan. 11. “It is also the first project funded as part of the Gateway Program, which strengthens the connections between New Jersey and New York, and represents the first significant investment to improve rail safety and reliability on the Northeast Corridor in decades.” The FTA usually does not pay for projects on intercity railroads. The Portal North Bridge is slated to open in 2026.