Congress Could Give Important Bipartisan Boost to City Parks – Next City

Congress Could Give Important Bipartisan Boost to City Parks 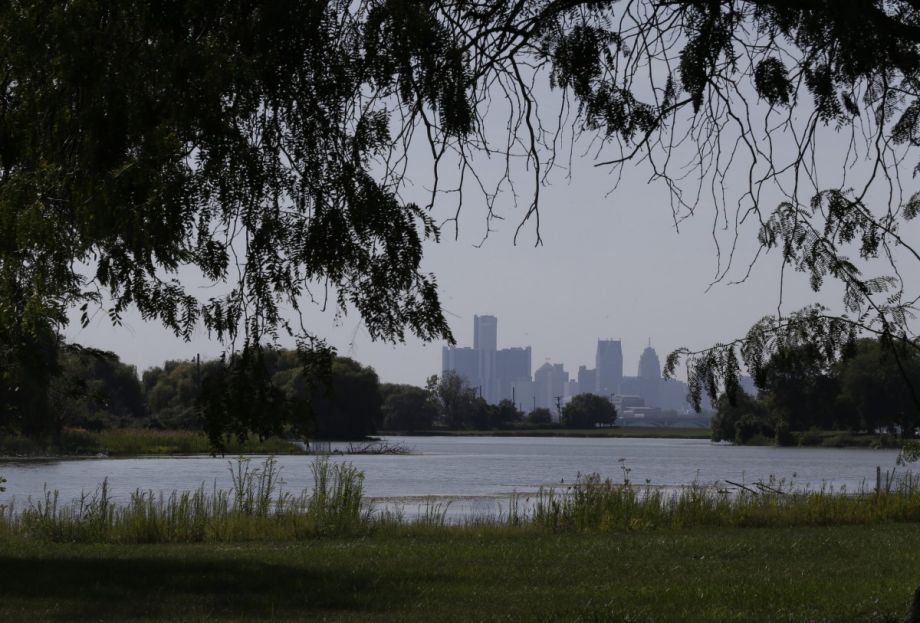 A bipartisan bill introduced last month in the U.S. House of Representatives would create a permanent — if small, with a $25 million cap — funding stream for urban parks.

Despite the current climate in Washington, parks advocates are bullish about its passage — even if it doesn’t remain a standalone bill.

“We are optimistic because it has bipartisan and broad support on the ground. We think it certainly could be included [in a package],” David Tyahla, senior government affairs manager at the National Recreation and Park Association, says. “I think the argument we would have, part of what makes [the legislation] good worthwhile policy, is that 4 out of 5 Americans now live in metropolitan areas. And the health and economic benefits by having green space in these larger cities — they have a great payoff for the health and wellbeing of the people who live in these communities.”

To understand the bill, the Outdoor Recreation Legacy Partnership Grant Program Act, you need to go back a decade. A 2006 act that opened up the Gulf Coast to more oil and gas drilling and exploration also mandated that some of the revenues from those operations go to the Department of the Interior to support the Land and Water Conservation Fund (LWCF) state assistance program. The Outdoor Recreation Legacy Partnership (ORLP) began as a pilot in fiscal year 2014, and was funded by the LWCF.

The first crop of pilot projects kicked off in cities large and small, from Mobile, Alabama, and Atlanta to Bridgeport, Connecticut, and Denver. Minneapolis was awarded $500,000 to develop a 3.5-acre park on a former industrial site in a part of the city that is lacking in parks and recreation opportunities. Portland, Oregon, was also awarded $500,000, which they’re using to develop a 25-acre park on a former brownfield site. Bridgeport’s $375,000 grant will go toward a 4-acre project in a low-income neighborhood that will, in its first phase, bring a picnic grove, playground equipment, and playing fields, among other park enhancements throughout the neighborhood. Detroit is using $325,000 to renovate the 50-acre-plus athletic complex in the city’s Frederick Olmsted-designed Belle Isle Park in the Detroit River.

The goal of ORLP is to create (or redevelop) parks in areas lacking in green space and recreation opportunities. The grants range from $250,000 to $750,000 and projects that serve low-income neighborhoods or are in places “lacking outdoor recreation resources” will be prioritized over others.

That’s why there’s such broad support for the bill introduced last week: It’s not just for America’s biggest cities. It would make the ORLP grant fund permanent. It would also ensure that 20 percent of those Gulf Coast drilling dollars going to the LWCF are directed to the ORLP program. In Congressional speak, it would codify ORLP as a definite full-time eligible program.

Capitalists argue that parks have economic benefits (they do). Housing activists argue that they can accelerate gentrification (also true). But it cannot be overstated how much parks benefit residents’ health. Just last year a study confirmed as much:

A new study published in the journal Environmental Health Perspectives found that closeness to natural vegetation, parks, street trees and other “greenness” lowered the mortality rate nearby. Researchers at the Harvard School of Public Health used data from the Nurses’ Health Study cohort, which has biannually collected health data from over 100,000 nurses across the U.S. since 1976.

The LWCF has contributed directly to an uptick in good health in cities across the country, according to the City Parks Alliance. Fort Worth, Texas — where more than half of the city’s children are obese or overweight — has received $2.7 million from LWCF since 1965, and put it toward everything from bike paths to parks. In 2012, Mayor Betsy Price launched an initiative to get more families active, in an attempt to fight childhood obesity. The 2012 initiative raised awareness for the need for more parks in the Fort Worth area.

“For us the city parks [bill] is as much concerned about improving public health and social equity,” Jason Jordan, policy director at the American Planning Association, says. “There’s a very simple case to be made for why parks are essential.”

While $25 million may seem paltry — Philadelphia alone is working on a $500 million plan to upgrade parks and other public spaces — the bill’s supporters say public-private partnerships can make those dollars go further.

“Every $1 of federal LWCF grants for the South Platte River in Denver leveraged $2,083 in local public and private funding,” according to the City Parks Alliance. So while the pot may be small, it can balloon with state, city and private investment.

“What the cities can do is really leverage that funding with private investment and really stretch those federal dollars to stretch public money,” says Catherine Nagel, City Parks Alliance’s executive director. “And I think what’s so great about urban parks today is they can be designed to meet whatever the local needs are. They’re really allowing communities to realize whatever their vision is to address local needs.”

Bipartisan support is practically nonexistent in 2017, but perhaps Washington can at the very least agree on parks. Like everything else right now, the LWCF funding could disappear. Which is why the potential passage of a bill codifying the ORLP has stakeholders cautiously optimistic and excited.

“I think it is people worried about potential budget cuts, and also a shift in tone,” Jordan says. “I think there’s concern that this could be in jeopardy. Not just because folks on the Hill or in the White House are targeting a $25 million park program but because when you look at the scale of cuts across domestic accounts, every penny is important.”