Congestion Pricing in New York May Come Back from the Dead 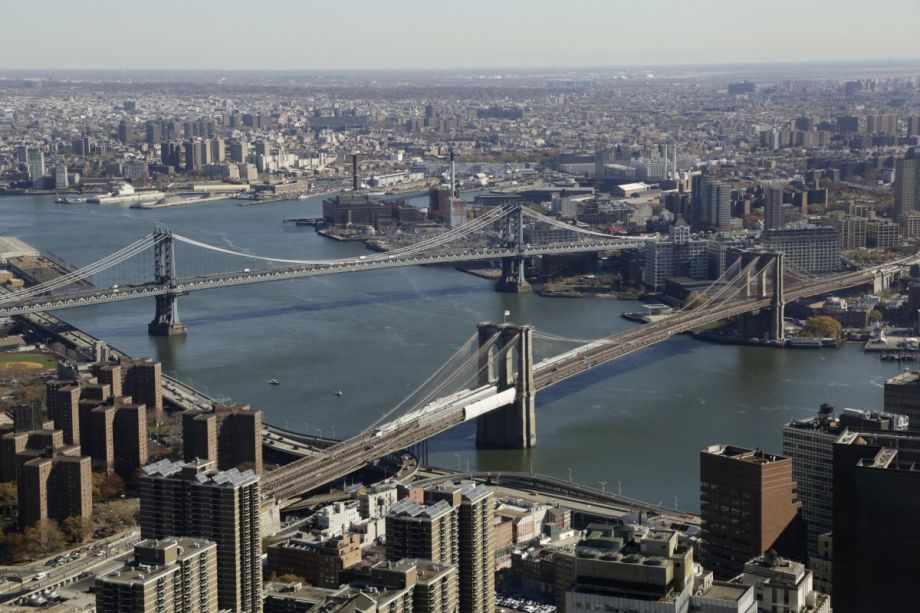 Is it time to toll the East River bridges? Credit: AP Photo/Mark Lennihan

In certain New York City transportation circles, congestion pricing was the one that got away. In 2007 and 2008, Mayor Michael Bloomberg proposed implementing a charge to enter the core of Manhattan — first defined as anything below 86th Street but later scaled back to 60th Street, essentially starting in Midtown — modeled on the experience of Singapore and London, pioneers in the field of charging drivers for specifically using crowded urban surface streets. The plan was to charge cars $8 and trucks $21 during weekdays, with the goal of reducing traffic and funding a new transportation authority controlled by the city to the tune of $380 million a year.

The plan eventually died in Albany — the city does not have much power over transportation policy — when Democratic Assembly Speaker Sheldon Silver wouldn’t put it up for a vote.

But now it’s back in a newer form. While Shelly hasn’t weighed in yet, the revisions have won support from the Automobile Club of New York and the New York State Motor Truck Association, foes of Bloomberg’s initial proposal. Sam Schwartz (“Gridlock Sam”), a former city transportation official who’s been fighting to limit the flow of cars into Manhattan since at least 1980, is pushing to toll the long-untolled East River bridges. At the same time he would reduce tolls on other crossings, which could help win support from would-be opponents.

The so-called “Move NY” plan would levy a charge to enter Manhattan south of the 60th Street from another part of New York, either through the toll cordon or any of the East River bridges and tunnels. Round-trip charges would amount to $10.66 with an E-Z Pass and $15 without one — the same price as the current Queens–Midtown and Brooklyn–Battery tunnels, and around the same cost as the New Jersey crossings controlled by the Port Authority, which would not be affected.

Outside of the congestion charge zone, prices would drop. E-Z Pass commuters between the Bronx, Queens and Upper Manhattan using the Triborough, Whitestone or Throgs Neck bridges would pay just $5.66, or $5 less than the current toll. The Verrazano-Narrows charge would fall by the same amount, and the Henry Hudson Bridge crossing from the Bronx to Upper Manhattan and the two bridges to the Rockaways would become $2, or about 50 percent, cheaper. In addition to winning support from outer borough and suburban constituents, the lower prices in the outer boroughs would encourage truckers to use those crossings and connecting highways, rather than trying to avoid tolls by driving over the currently free East River bridges into the heart of Manhattan.

Proponents cite two main benefits of congestion pricing: Reducing the number of vehicles in the Manhattan core and using the resulting toll revenues to improve mass transit. Both are worthy goals, but we can probably expect more of the former than the latter.

Both London and Stockholm, when they implemented their congestion charges, saw sizable reductions in automobile traffic. There were 18 percent fewer charged vehicles, not including buses and taxis, traveling through London’s congestion pricing zone in 2007 than when the scheme started in 2003. Stockholm saw reductions of 16 percent during the morning peak and 24 percent in the evening.

New York would probably not see the same reduction as London, for a number of reasons. For one, many of the crossings into the congestion zone are already tolled. Anyone coming from New Jersey and Staten Island, or crossing either of the tolled tunnels from Brooklyn and Queens, wouldn’t pay anything extra, and therefore would have no further disincentive to clog the streets of Manhattan. Furthermore, the charge of $10.66 would be much lower than London’s, which will soon reach £11.50, or $19, cutting into its discouraging effect.

As for revenue raised, Move NY proponents say it could bring in $1.5 billion, with a quarter for roads and bridges and the rest for mass transit. This is perhaps the most questionable part of the plan.

New York transit advocates have a single-minded focus on winning funding for transit, and in this sense, the plan is good — three-quarters of $1.5 billion would be a bit more than $1.1 billion, which is a decent sum compared to the MTA’s total annual budget of around $18 billion. But this habit of equating money with transit service is a bad one, and often leads to a disproportionate emphasis on funding, while the much bigger issue of chronic mismanagement and wasteful spending at transit authorities continues unabated.

As an example, compare the recent outrage from advocates when New York Gov. Andrew Cuomo took $7 million a year from the MTA for Staten Island toll relief with the deafening silence when the MTA announced that its East Side Access project would cost $2 billion more than the last estimate, which already included billions in overruns.

For all the complaints about underfunding, New York transit actually makes off quite well in terms of wrangling tax dollars. On a per-person basis, New York gets a bit more money than Paris for capital projects — money that, as a quick glance at Paris’ capital expansion plans will tell you, goes much further in the City of Lights. While New York gets less money than Paris for operations, it gets far more than Berlin or Barcelona.

With the MTA showing a limitless appetite for overruns on capital projects and little interest in streamlining its labor-heavy rail operations and slow and inefficient buses, it’s not at all obvious that more money would actually translate to more transit, and it’s certain that the MTA could find more money in more efficient operation than in congestion pricing. (Interestingly, Singapore specifically disavowed using Electronic Road Pricing as a revenue generator, and actually claims that it brought in less money than the system it replaced.)

Cuomo is far more car-friendly than previous governors David Paterson and Eliot Spitzer, Mayor Bill de Blasio has a lot on his plate and doesn’t seem eager to push Bloomberg-era policy initiatives, and Sheldon Silver is still as desperate as ever to keep state Dems in suburbanites’ good graces. But if congestion pricing is revived, it will probably do far more to discourage driving than it will to improve transit.