Confronting Generations of Racial Economic Injustice in Charlotte – Next City 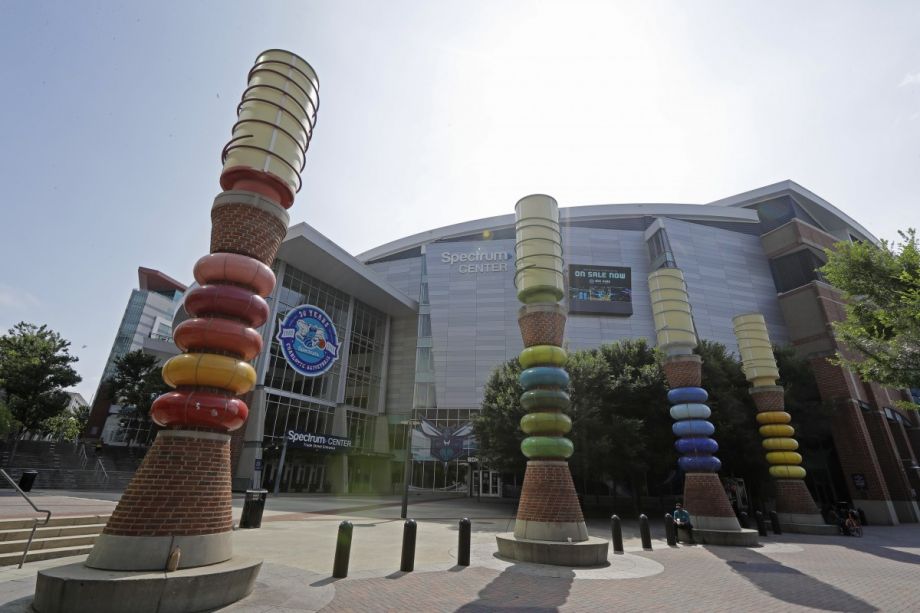 The Spectrum Center in downtown Charlotte, site of the NBA All-Star Game this weekend and also the 2020 Republican National Convention. (AP Photo/Chuck Burton)

For professionally certified meeting and event planner Karen Lawrence, it’s an exciting time to be a small business owner in Charlotte, North Carolina, where she’s lived since she was three years old. The NBA All-Star Game is coming up this weekend — and that’s just the tip of the iceberg.

“I’ve watched Charlotte grow from being a small town to being this large city with a lot of movers and shakers here,” says Lawrence. “It’s been exciting to see it grow to where it is and I’m excited to see what it can become because a lot of things are happening for the city now.”

Lawrence might be on her way to being one of those movers and shakers, if she’s not one already. She founded her own event planning firm, It’s My Affair, in 2002, after being laid off from a corporate event planning job. For the first few years, she split her time, also working part-time as a legal secretary and a fill-in for other event planners while she built up her client base. As part of activities around the NBA All-Star Game, the league contracted with It’s My Affair to host a breakfast and workshop this week for more than 100 minority- and women-owned businesses interested in doing business with the NBA, in Charlotte and beyond.

Lawrence got that contract thanks in part to her firm’s track record of planning and running events for clients in every region of the country, and thanks in part to an increase in investments from Charlotte — and in other cities across the United States — that intend to correct for the generations of racial injustice that remain built in to the U.S. economy, from the local level on up.

Without such investment, rapid growth such as Charlotte has experienced risks exacerbating already stark racial disparities. Larger, more connected and more established businesses are better positioned to soak up the new spending from local government, hospitals, universities, stadiums and convention centers, and other big-spending clients. In the Charlotte metropolitan area, white-owned businesses average an estimated $494,369 in annual revenues, while black-owned businesses average just $60,495, according to the most recent U.S. Census Bureau Survey of Business Owners.

That disparity is no accident. One of the many ways that racial discrimination and injustice manifested in previous generations was in the lists and databases of suppliers and contractors utilized by government and other large, established entities in any given city. These lists have been passed down from procurement officer to procurement officer. Many contracts never go through an open request for proposals at all, especially for smaller contracts for office supplies or other mundane needs; the procurement officer simply contacts the relevant vendors on those lists. Even when there is an open solicitation for bids from competing suppliers, one of the strongest factors in anyone’s favor is previous experience doing business with that potential client.

Much as a result, even if there is no prejudice or racism among procurement officers today, the legacy of racial discrimination remains baked into local economies, creating an uneven playing field for minority-owned businesses such as It’s My Affair. In addition to the pressures of meeting the needs of her existing clients, she feels the additional pressure to put in the extra work of making new connections to new and higher-profile clients.

“Some of my barriers would be making the right connections and getting more business in the pipeline,” Lawrence says.

As part of a new program run by the City of Charlotte that focused on business owners of color, Lawrence got an introduction and some face time with the NBA’s supplier diversity team, which eventually led to the contract for this week’s breakfast and workshop. According to NBA Chief Diversity Officer Oris Stuart, in conjunction with its All-Star Weekend 2019 in Charlotte, the league has commitments with more than 25 minority- and women-owned businesses totaling approximately $1.5 million spent as of Monday this week, and the league expects that amount to increase as it progresses through NBA All-Star Weekend 2019.

“Our current commitments are similar to what we have seen in previous years, and we are excited that our work this year with the City of Charlotte and local certifying agencies has created a template for future cities,” Stuart says, via email.

The NBA first launched its supplier diversity initiatives in 2001, Stuart says. Other sports bodies such as the NCAA also have supplier diversity initiatives attached to major annual events. More than half the vendors lined up for the upcoming 2019 Men’s College Basketball Final Four in Minneapolis are minority-owned businesses, the Minneapolis/St. Paul Business Journal reported last year.

“One of the things I’m feeling good about with the City of Charlotte is they are now being more intentional about making sure that people of color are getting awarded some of the contracts that are coming through,” Lawrence adds. “They’re making a strong effort to shorten that gap, at least from what I’ve seen.”

Recognizing its own history of discrimination in awarding city contracts, Charlotte originally launched a Minority and Women Business Development program in 1981, but had to scuttle that program in 2002 after a lawsuit challenging its constitutionality. Since these kinds of local programs started becoming more popular in the 1980s, many similar lawsuits from across the country have put the kibosh on them. The landmark Supreme Court case known as Richmond v. Croson set a major precedent in 1989. In order to provide legal cover, cities periodically commission disparity studies in order to justify programs or policies requiring or setting aside a percentage of contracts for minority and women-owned businesses. These studies are sometimes labeled “Croson Studies.”

Part of the continuing challenge is helping existing minority-owned businesses get to the next level of growth, according to Jerriane Jackson, senior economic development specialist at Charlotte’s Department of Economic Development. She believes investing in minority-owned businesses to get to that level will help them compete for all kinds of contracts, from the city or other large clients such as the NBA, Bank of America, the Charlotte Convention Center, or the CIAA — the inter-collegiate athletic association of historically-black colleges and universities, whose headquarters is in Charlotte.

“We have a lot of organizations and resources that support start-ups, but there wasn’t a program that was for that middle business — kind of on the cusp, not a new business, they have the revenue but they need to grow,” says Jackson.

Lawrence, who says her business earned $400,000 in revenues in 2018, fit the bill for the city’s new program, called Amp Up Charlotte. She says she’s maintained that level for a few years now, and sees an opportunity to do more, but hasn’t found the right networks or knowledge base to help her break past that threshold — until now, perhaps.

More than 60 businesses applied to be part of the Amp Up Charlotte’s first cohort, announced last year in an event that included representatives from the NBA. Funding limited the cohort to just 20 businesses — as a pilot initiative, the funding came through the City Accelerator Program, a partnership of Living Cities, the Citi Foundation, and Governing Magazine. Charlotte was one of five cities that received 18 months of financial and technical assistance from the City Accelerator Program, the other cities being Los Angeles, Chicago, Memphis and Milwaukee.

In Charlotte, the initial funding will support one more cohort this year, with a focus on the Charlotte/Douglas International Airport expansion. Jackson says her department plans to include funding for Amp Up Charlotte in its next annual budget request.

The curriculum for Amp Up Charlotte came from Interise, a national nonprofit that licenses its StreetWise MBA Curriculum to the Small Business Administration as well as local partners all across the country. More than 6,000 businesses and counting — in 70 cities across the U.S. — have participated in a StreetWise MBA Curriculum as of last year. Each local incarnation, such as Amp Up Charlotte, receives its own branded name, local adaptations for proper context, a local partner (in this case, Charlotte’s Department of Economic Development), and usually a local facilitator. The course involves meeting for 3-hour class sessions every other week for seven months, and in the off-weeks meeting a smaller group of other cohort-mates. Frequently, though not in every case, cities adapt the StreetWise MBA Curriculum as part of a program to boost the success of minority- and women-owned businesses as suppliers to government, anchor institutions or larger corporations.

Interise tracks the businesses that go through its curriculum for at least three years afterward, and they share the data with their local partners. Jackson is eager to see the results.

“What’s different with this program than [what] we’ve done before is we’ve never tracked businesses, we’ve never looked back at their success and asked did you really hire employees, did you grow your revenue,” she says.

In 2017, businesses tracked by Interise across the country also received $862,780,000 in contracts, including both public and private sector clients, at an average contract size of $2,338,000.

“A business owner of color might say ‘they’ll never want to talk to me, these large institutions they have their contractors, we’re too small,’” says Lee.

Jackson realizes that there may come a time when there’s no need to correct for the generations of racial injustice baked into the economy. But that doesn’t necessarily mean the job of building an equitable economy is complete.