Innovative Nonprofit Aims to Keep IT Testing Jobs in the U.S. – Next City

Innovative Nonprofit Aims to Keep IT Testing Jobs in the U.S. 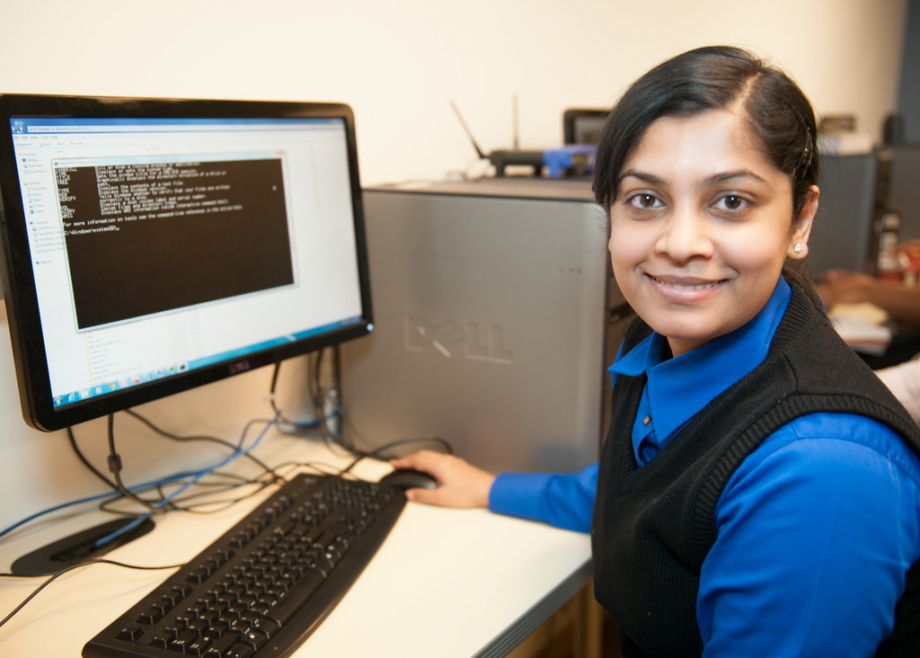 Most Per Scholas students get full-time jobs, starting around $35,000 a year. (Photo by Ken Moore/Per Scholas)

The go-to strategy for most financial service companies has been to ship IT testing overseas to India or the Philippines to save money. Why pay hefty American salaries when the work can be done overseas at one-third of the cost? However, as companies have become increasingly dissatisfied with the automated software testing done abroad and look to hire staff domestically, a New York-based nonprofit has seized the chance to fill a gap in a changing technology marketplace.

“IT is one of the last professions that is technically based and competency-based rather than skills required through formalized post-secondary education,” explains Angie Kamath, executive director of Per Scholas in New York. Her organization trains minority and low-income adults to become help desk administrators and IT testers in five cities: New York, Dallas, the Washington, D.C. area, and Columbus and Cincinnati, Ohio.

Training is free but unpaid, and most students are either unemployed or work part-time, and are looking for sustained work. There are three main tracks: 1) 13-week help desk training, yielding industry-ready credentials, 2) 18-week network administrator training, and 3) eight-week software testing training.

“IT is one of the last professions that is technically based and competency-based rather than skills required through formalized post-secondary education,” explains Angie Kamath. (Photo by Jerome Dazzell)

Mark Elliott, president of Economic Mobility Corp, spearheaded a 2010 study of workforce development programs including Per Scholas. Graduating with an IT certificate “won’t make someone rich. They’re getting into IT jobs on the bottom rung of the labor market,” he observes. But most graduates are hired in full-time jobs, starting at $35,000 a year or consulting jobs paying $15 to $20 an hour. “[Per Scholas has] an extraordinarily high placement rate,” Elliott says. (Kamath says about 80 percent of grads find jobs, and Per Scholas helps with placement.)

Gregory Lee, a 39-year-old Bronx resident who had served in the Navy, was laid off from a financial services firm, and he faced tough times finding a new job. Per Scholas training “changed his life.” He’s currently a software tester at Barclays, working with a team concentrating on “ensuring the integrity and functionality of all Windows Servers worldwide.” He’s looking to obtain further certificates through Per Scholas’ alumni program to enhance his skills and move up.

Where Per Scholas opens new training sites depends on a variety of factors, according to Kamath, but the nonprofit considers three factors: 1) Are there ample jobs available regionally? (Per Scholas went into Columbus because it was able to establish relationships with JP Morgan Chase, Nationwide Insurance and Time Water Cable, which all have facilities there.) 2) Would they be “carpetbaggers” and usurp the role of established companies performing similar efforts? 3) Can they raise enough funds philanthropically or via governmental grants to support an office for three years?

To expand into more cities beyond its current five requires “more supportive workforce policy that invests in organizations like Per Scholas,” Elliott says.

Kamath sees the role of Per Scholas’ putting students on a career path in the IT field in macro-economic and societal terms. Its work “symbolizes the impact of a profitable business model that changes the face of a low-income community and gives low-income individuals access to the middle class.”

In New York in 2014, Per Scholas formed a partnership with financial consulting firm Doran Jones to train 150 IT testers in a new Bronx office. “We’re creating a center that is cost competitive with jobs relocated to India,” says Keith Klain, Doran Jones CEO, adding, “we’re offsetting costs for technology clients and dealing with chronic unemployment in the Bronx,” he notes.

If other cities or nonprofits wanted to model themselves after Per Scholas, Kamath recommends taking three steps: 1) Start with employers and identify their hiring and training needs; then create solutions based on those needs; 2) Ensure that stakeholders from the nonprofit, government, private sector and community organizations are willing to play a substantive role in the program’s success; 3) Be creative and flexible in recruiting students including tapping online job boards, and visiting food stamp offices, VA offices, high schools, churches and unemployment insurance offices.