Community-Police Partnerships Fight the Opioid Epidemic Where It Lives 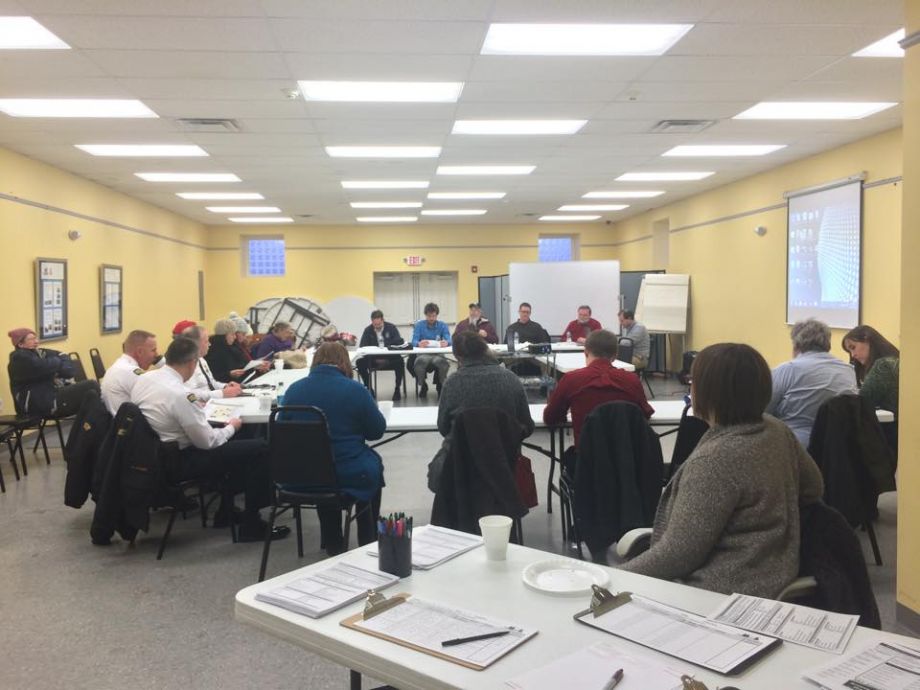 It’s rare to hear good news from the trenches of the country’s opioid crisis, but a spate of recent reporting has documented the surprising decline of overdose deaths in Dayton, Ohio, a city that for years has been at the epicenter of this national tragedy.

While the decline is precipitous — in 2017 there were 566 overdose deaths in Montgomery County vs. 294 in 2018 — the efforts that contributed to the drop didn’t coalesce overnight. It has taken a deep, concerted drive by seasoned community organizations, law enforcement, public health and addiction experts and researchers, all working in tandem, to begin stanching the overdose trend. Overarching changes like Medicaid expansion, as well as mysterious ones, like the ebb of Carfentanil (an ultra-deadly fentanyl analog), have certainly had an effect. But it’s highly localized community safety and criminal justice reform efforts that chip away at the roots of crime and disorder in a neighborhood, and that other places ravaged by the epidemic can learn from.

Take Dayton’s East End, widely considered to be the epicenter of the epicenter. Our organization began working in this struggling neighborhood in 2012, providing technical assistance to the recipients of a Department of Justice grant known as the Community Based Crime Reduction initiative (formerly known as the Byrne Criminal Justice Innovation grant or BCJI). The grant program fosters police-community partnerships to tackle hyper-local crime hotspots.

The grant brought together the East End Community Services, a local development organization with the Dayton Police Department and the University of Dayton to research and try to upend rampant burglary and prostitution in the area.

In the early planning stage, it quickly became clear that the crimes residents wanted to combat were driven by opioid abuse: police data showed that more than 90 percent of people arrested over a six-month period for robberies and soliciting had a history of drug use or drug-related arrests; they engaged in soliciting and theft to support their addictions. Adding to the challenge of opioid abuse and skyrocketing overdose deaths, the partners also discovered that intervention and treatment systems had largely been dismantled in Dayton and surrounding Montgomery County — to the point that local jails and lockup facilities were the city’s de facto detox centers.

The Dayton Community Based Crime Reduction (CBCR) partners developed an approach that involved pushing for better city and county resources (at the outset, there were 13 treatment beds in the entire city; after two years of work, East Dayton got its own treatment facility), as well as community participation in responding to the crisis: that included training police officers, residents and family members to administer Narcan following overdoses.

Just as important, East End Community Services created prevention programming like Conversations for Change, a non-punitive dialog modeled on focused deterrence methods of violence reduction. Rather than criminalize heroin use, the program brings people together (often with friends and family who want to help but don’t know how) for a meal, and offers support and referral to treatment services. Trained mediators are on hand to meet one-on-one to connect participants with services, recovering addicts offer personal testimonials, and nurses help attendees understand heroin addiction as a disease.

The Dayton police department, for its part, draws on its own overdose intervention data to follow up with individuals who’ve previously overdosed and invite them to attend Conversations for Change and other preventive and harm reduction programs. Officers volunteer at the gatherings, too.

Since the CBCR partnership came together, burglary and prostitution arrests in East Dayton have waned — as they have in the rest of Dayton, where property crimes like theft and burglary were down 18 percent from 2016 to 2017.

That East End Community Services has a long history in the neighborhoods of East Dayton and has earned the trust of residents — an absolutely crucial element in helping bring down the numbers of heroin overdose deaths. Moreover, Dayton’s police department has embraced what is known as Problem Oriented Policing (a research-based approach to identifying crime drivers) and was open to finding tactics to address addiction and addiction-related crimes that did not involve arrest and jail.

The CBCR partnership was able to respond to the neighborhood’s most pressing issues, develop a wide-ranging plan, and support the kind of neighborhood redevelopment that ultimately can help connect people to opportunity in a way that has been so desperately lacking in cities like Dayton. As a nation, we can only hope to turn back the tide of opioid abuse with these kinds of dedicated community-law enforcement collaborations — and they demand vastly more policy and financial support than they currently receive. There’s no time to waste getting behind local criminal justice reform and crime reduction solutions that save communities and lives.

Mona Mangat is the director of Safety & Justice initiatives at LISC (Local Initiatives Support Corp), a national community development and social enterprise nonprofit. Matthew Perkins is a criminologist and LISC senior program officer based in Baltimore.