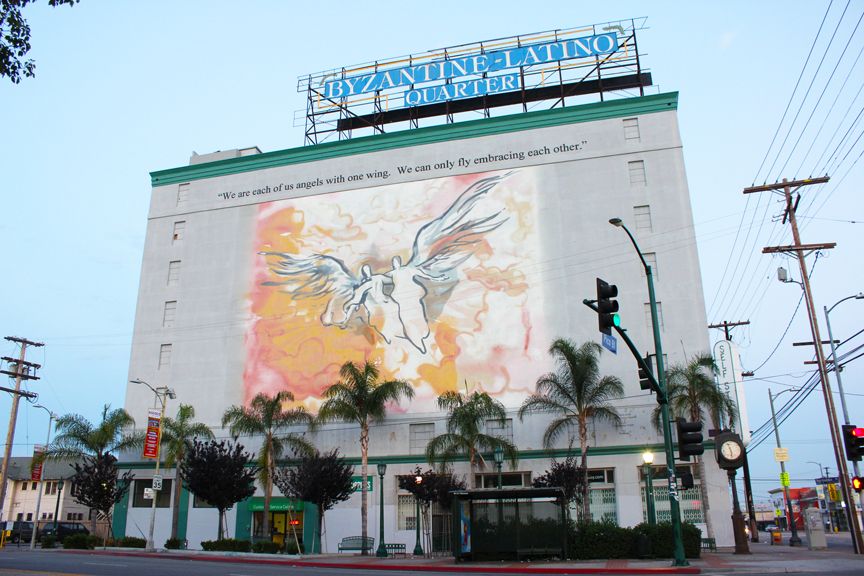 When you think of grassroots community organizing, what kinds of organizations come to mind? Tenants associations, neighbors’ associations, unions, churches. How about business improvement districts (BIDs)?

In a comparison study published in the Urban Affairs Review, SUNY Albany Assistant Professor Wonhyung Lee makes the case that, at least in marginalized inner-city neighborhoods, BIDs can be more than the purely business entity they’re typically thought to be.

“Some BIDs are so huge, commercialized, and powerful, they’re easily only recognized as an economic development strategy,” Lee says. “BIDs in smaller neighborhoods can serve as a pathway for more comprehensive community development.”

In such neighborhoods, it’s a virtuous circle, according to Lee’s work. Strong community organizing by other institutions, like churches or neighbors associations, can lead to successful formation of a BID, which then becomes a vehicle for brokering productive relationships between otherwise disparate populations united by the common cause of neighborhood business growth.

To make that case, Lee had to first find two comparable cases of BID formation (or lack thereof). It’s every social scientist’s biggest dilemma — finding points of comparison that are similar enough to isolate a single variable or set of variables that can explain the difference between the two.

NYC, with its 72 BIDs and counting, has the most BIDs by far in a single municipality, with a cumulative annual budget of more than $100 million. Second most is L.A. with around 40 BIDs.

She found her ideal comparison in L.A.: two inner-city neighborhoods, each very diverse (residents in each were one-third Mexican descent, one-third El Salvadoran or Guatemalan descent, one-third Korean and other ethnic groups), similar poverty levels (32 percent and 37 percent), and not too much of a disparity in terms of numbers of businesses in the neighborhood. For good measure, 40 percent of businesses in those neighborhoods had revenues less than $500,000 and 70 percent had between one and four employees.

The two neighborhoods, MacArthur Park and the Byzantine-Latino Quarter (BLQ), are right next to each other in Central L.A. In BLQ, a BID formed in 2003 and was renewed in 2013. In MacArthur Park, a BID was proposed in 2003, and remains languishing in formation stages.

To conduct the research, Lee lived in L.A. from April 2013 to April 2014. (The work eventually made it into her dissertation for her doctorate in urban and regional planning.)

“When people think about forming BIDs, they often think about the cost and technical aspects of it, such as assessment fees, boundaries, and characteristics of properties,” she says. “I thought we also need to look at the social and political dynamics around BIDs.”

In Urban Affairs Review, Lee boils down the social and political dynamics of the BID formation process to a few key factors.

First was the source of leadership behind a BID. In the BLQ, strong voices in the community began laying the groundwork for a BID in the 1990s. One of them was the pastor of a local Greek Orthodox Church, Father John Bakas, who helped rally other religious institutions including parochial schools to be involved with community development.

“Considering that property or business owners normally initiate BIDs, the ecumenical leadership in the BLQ is a unique driving force for the BID formation,” Lee writes. One consultant Lee interviewed even claimed the BLQ BID was the first in the country motivated by churches.

Meanwhile in MacArthur Park, the proposal for a BID came from City Council, which then employed consultants to reach out to the community for support. Few, not even property owners, were interested, Lee found.

Another contrast was found in organizational resources, or in other words, local bandwidth to manage a BID. The difference was rooted directly in community organizing. In the BLQ, the Pico-Union Neighborhood Council (BLQ is also considered a section of Pico-Union) has been around since the 1960s, organizing various improvement projects and establishing relationships with institutions outside the neighborhood, such as UCLA. That network of relationships included ties to the Los Angeles Neighborhood Initiative, which was brought in to manage the BLQ BID. MacArthur Park has no equivalent local node of community leadership.

Attitudes toward diversity and ethnicity was another key factor.

“Although both MacArthur Park and the BLQ are multiethnic immigrant neighborhoods, the BLQ has been more active in creating an environment that embraces the multiethnic groups of the community,” Lee writes. One example of that is the name, Byzantine-Latino Quarter, adopted in the 1990s as the community faced the same massive demographic shifts now affecting the rest of the country.

But perhaps the attitude is best summed up by a saying that Father Bakas likes to repeat at just about every community meeting where Lee encountered him. It’s also painted on a prominent wall on the neighborhood beneath a marquee of the BLQ name.

“We are each of us angels with one wing,” the saying goes. “We can only fly embracing each other.”