Community Development Lenders Turning to Fintech for a Boost During Crisis 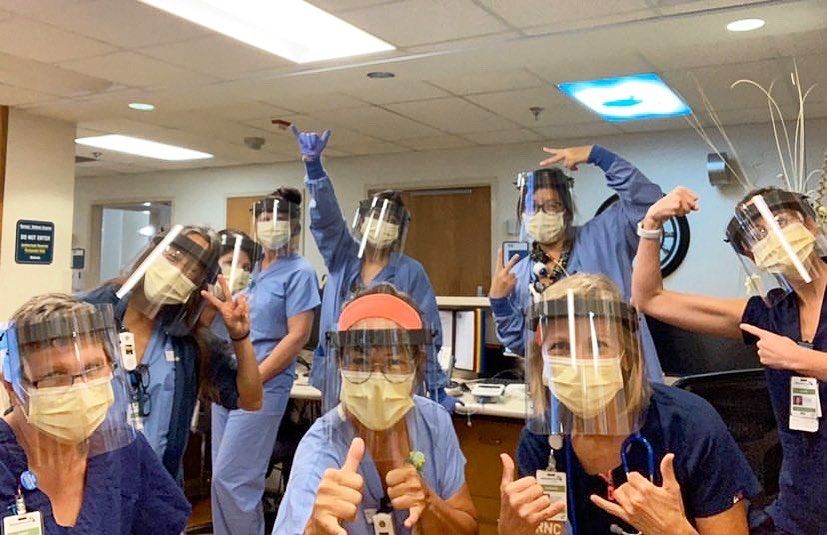 Lately, Martina Edwards has been trying to figure out how to bring entrepreneurs of color and women entrepreneurs into the SBA’s Paycheck Protection Program when only a fraction of eligible lenders seem interested in doing so.

Women- and minority-owned businesses found it challenging to get access to the $354 billion in the first round of Paycheck Protection Program, in part because of longstanding racial and gender disparities in access to small business loans.

Experts told CBS News that they fear up to 90 percent of women entrepreneurs and entrepreneurs of color will be shut out of the Paycheck Protection Program, largely because of its reliance on private sector lenders who have long neglected or actively discriminated against women and people of color. Even the SBA’s 7(a) program, which is supposed to encourage lending to groups who can’t access conventional small business loans, has a track record fairly reflective of the broader banking system. Of the lenders that do have a mission to serve underserved groups, some were already approaching their internal lending limits after round one.

Edwards, who was born in rural Alabama and in 2004 became the first black woman broker on the New York Stock Exchange, is now chief of strategic partnerships at Access to Capital for Entrepreneurs, or ACE, a nonprofit loan fund serving small businesses across the state of Georgia, with a focus on the Atlanta metropolitan area. In 2019, 45 percent of the nonprofit’s borrowers were African American, 15 percent were Hispanic, and 37 percent were women. As a federally certified Community Development Financial Institution, or CDFI, in any given year at least 60 percent of the nonprofit’s lending and economic development services goes to underserved areas or populations — last year for ACE it was 87 percent.

The most recent COVID-19 response legislation set aside $30 billion in Paycheck Protection Program authority specifically for CDFIs. But in order to get that $30 billion flowing, loan funds like ACE still need to figure out where to get cash up front.

“Liquidity is the biggest concern because we’re not a bank, we don’t have deposits on hand so we have to go out and fundraise or borrow money first,” Edwards says.

To help with liquidity, ACE and a growing number of CDFIs are turning to CNote, a fintech platform founded in 2016. The platform pools dollars from a range of investors, including foundations, donor-advised funds, larger banks, and wealthy households with an interest in investing with a social purpose. CDFIs sign up to connect to CNote and borrow funds from the pool as needed to support their lending. Loan funds as well as banks and credit unions can connect to CNote, provided they are federally certified as a CDFI.

“We have some funds from CNote in hand already that are part of a $5 million pool of funds we plan to use for the Paycheck Protection Program,” Edwards says. “We hope to get that pool up to $10 million.”

CNote’s two co-founders are trailblazers in their own rights, both of them women in a fintech and startup world dominated by men. Yuliya Tarasava began her career conducting quantitative research for a boutique investment firm, while Catherine Berman came out of the world of management consulting, venture capital and financial services.

In early and mid-March, Berman says, the CNote team started checking in with their existing network of around 50 CDFI partners across the country. “We were gathering data on where we could be most helpful,” Berman says.

One immediate need that emerged was to ensure a ready supply of deposits for their bank and credit union partners, particularly the smallest of them that faced the prospect of borrowers drawing down on savings in order to get through the economic fallout from COVID-19.

Another priority that emerged, Berman says, was accessing dollars from donor-advised funds. These are vehicles managed by community foundations or financial services firms that provide their owners a charitable tax benefit for putting money into a donor-advised fund account. But these accounts have very few regulations on how and when those dollars must eventually go to an organization that is doing actual charitable work.

Donor-advised funds have been growing more popular every year, with more and more dollars flowing into them, more than is flowing out to support work on the ground. According to the National Philanthropic Trust, in 2018 there were $121 billion sitting dormant in donor-advised fund accounts, an 8.3 percent increase from the year before. The community foundations or financial services firms who manage donor-advised fund accounts typically invest the dormant dollars alongside other investment dollars they manage in-house or farm out to others.

CNote is looking to mobilize donor-advised fund dollars either as grants or low-cost investments into a pool of funds specifically for COVID-19 response, along with other investor dollars. Those funds will go out at a lower interest rate to CDFIs to facilitate lower-cost emergency lending to their borrowers during the crisis.

While some of the investor dollars CNote raises comes with no geographic restrictions, sometimes an investor does want to focus their dollars in their “backyard,” a request the platform is able to accommodate. In those instances, the relationships between CDFIs and local funders may not be very strong at first or there may not be an easy channel to get those funds to local CDFIs. CNote has been carving out a niche to facilitate those connections.

“What we learned early on is most [investors] don’t know their local CDFI, so there was a paralysis of choice,” Berman says. “We are also encouraging investors to invest first into a local CDFI’s emergency fund. After they do that, or if they wish to invest in more than one CDFI in a specific area, then we can step in.”

Berman says they can get new CDFIs up and running on CNote within 48 hours. Since the onset of the COVID-19 pandemic, another 30 CDFIs were in the pipeline to connect as of April 20.

“One of the technologies we created was the ability to underwrite in an automated fashion to onboard more loan funds and depository institutions into our system,” Berman says.

Prior to COVID-19, CNote had reached $50 million in investor dollars pooled into its platform, with some but not all of that deployed to CDFIs. The funds go out to CDFIs only as each needs it.

Federal Home Loan Banks and the Federal Reserve both have similar tools for financial institutions to borrow low-cost capital on an as-needed, on-demand basis, but there’s plenty of restrictions to those tools that make it difficult for smaller institutions to access. Nonprofit loan funds generally can’t access the Federal Reserve, and it has only been recently that the largest nonprofit loan funds have started to access Federal Home Loan Banks.

CNote is built specifically with smaller nonprofit loan funds, like ACE, in mind.

But, like the Federal Reserve, CNote’s rules can temporarily change to help with a crisis. Berman says each CDFI has a limit they can borrow from CNote — ten percent of the CDFI’s total asset size. During the COVID-19 crisis, Berman says they can review and expand that limit.

“We just reached out to CNote to increase our limit,” Edwards says.