Community Colleges Can Be Critical Middleman Between Americans and Jobs 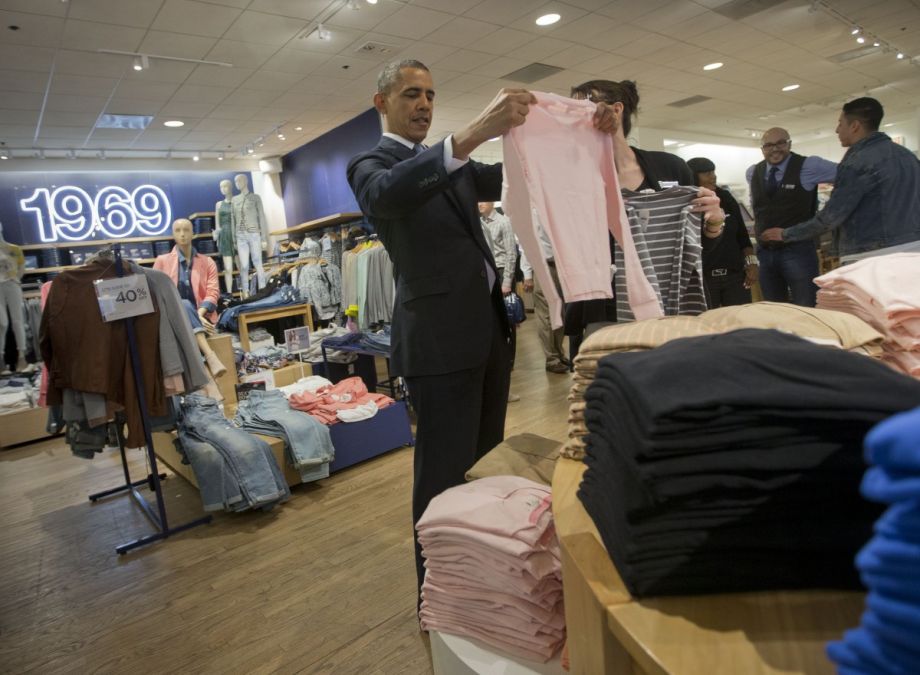 Last week, Next City contributor Anna Clark wrote about why we need to keep the “community” in community colleges. These schools signal a public commitment to affordable secondary education — critical in a country where even the new GED test acknowledges that a college education is more critical than ever to secure employment.

Since 2010, the Aspen Institute’s Skills for America’s Future initiative has aimed to bring businesses and job-seekers together via community colleges, helping to broker or expand partnerships between more than 40 employers and 200 community colleges. John Colborn became director of the Skills initiative as well as the Institute’s economic opportunities program in 2014. I asked Colborn about President Obama’s free community college plan, the private sector’s involvement with schools and more.

Since you have taken the helm, have you made any specific tweaks to the program?
Really and truly, we have embraced the original objective. First, you have to build a data set. Now, it’s looking across that data set to try and understand what we can learn about these practices, how we can be more systematic about engaging with these practices, and what it takes for the public sector to be supporting this work in a more systematic way.

How are you measuring the work of the program’s early years?
I would say our unit of analysis is still the anecdote. I don’t think we’re quite at the point to say we’ve moved from x to y. What I can say is that in the discourse around community colleges — and this is work that many, many people have been part of — we are seeing more [people] embracing three notions: that if community colleges are going to be successful, they need to put student success at the center of their work; that we need to define student success in terms of both term completion and also labor market results of students coming out of those programs; and, if community colleges are going to be successful in their missions … these programs are the most successful when employers are at the center of their design.

How do you attract private sector involvement?
If you’ve been around community colleges there is sort of a tried and true approach for many years, which was really about engaging employers in what they call curriculum advisory committees. This is an important piece of the equation. [It is] designing course offerings that pair people with the knowledge, skills and abilities that employers really need. But I think the consensus broadly is that this might be necessary, but not sufficient.

One thing that we think employers derive a lot of satisfaction from is engaging with programs that give them direct face time with students. That can be through guest-teaching courses, offering career fairs, offering job shadowing opportunities for students, judging capstone projects, through internships and other work experience programs … .

Are there any specific partnerships where you think this is done particularly well?
We’re very interested in New York City and New York State in the partnership between P-Tech [Pathways in Technology Early College High School] and CUNY [City University of New York] and the community colleges with sponsorship originally with IBM and now a whole set of companies. They’ve engaged with CUNY to design a high school-to-college career readiness experience that engages young people in their high school career. It provides work experience and exposure to workplace as a part of the program. It has been so successful that Governor Cuomo has made state resources available to expand the program to other cities.

Another one is the [retail company] Gap has embraced a series of community colleges across the country through the Gap Community College Initiative that really looks at developing close partnerships between the managers of its stores with local community colleges with an objective of being able to both recruit folks into its stores in sales positions, but also to recruit folks who they think will be good managers and assistant managers of its stores. Since they’ve begun engaging in this program, they’ve been able to build a much better track record of being able to build sales clerk staff into manager positions and beyond, being able to target their outreach and do initial education and work experience for folks while they are in school.

Is President Obama’s community college plan something that you have been able to build off of?
We are hugely supportive of the idea that the high school credential is no longer sufficient. All people should be really thinking about post-secondary education as now a prerequisite for being able to support their families and a middle-class existence. Any set of processes that is making that more accessible and more available and building a culture where that is simply now an expectation is a step forward.

I think the devil is in the details in these kinds of efforts. There are certainly going to be lots of conversations about how to best structure these programs. We are certainly seeing people across municipalities and states folks experimenting in really helpful ways — exploring how free community colleges can play out in their areas.