Why We Need to Keep the “Community” in Community Colleges 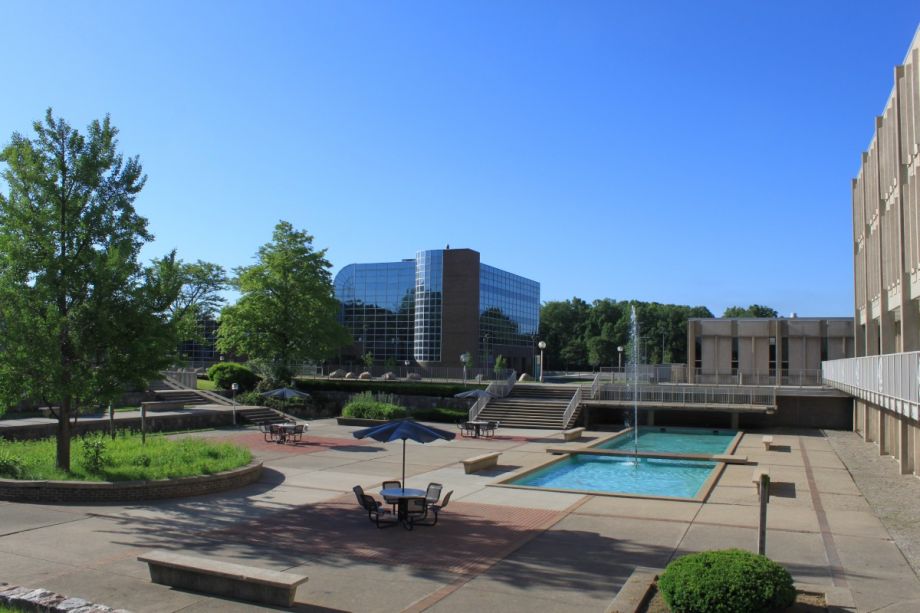 My parents took turns going to college. While raising three kids, my father lost his left big toe in an accident at a tool-and-die shop and Mom babysat dozens of neighborhood rugrats. We didn’t have enough. The kitchen cabinets were too bare. So, Dad signed up for classes at Lake Michigan College, the local two-year school formerly known as Benton Harbor Community College.

With his hands cupping his chin at a lamplit table, he softly read aloud from his textbooks; for years, his murmuring carried down the hallway to my bedroom, like a lullaby. When I was 11, he earned his bachelor’s degree through an extension program hosted by LMC and got a job at Whirlpool Corporation. Then it was Mom’s turn. She did her homework alongside my siblings and I at the kitchen table. The same year I graduated high school, she earned her associate’s degree, on her way to her own B.A. My mother and I posed in front of the fireplace, each in cap and gown, grinning for the camera, for each other, for wherever it was we were headed next.

It is not a coincidence that my parents are the only people I’ve witnessed who have worked their way out of poverty. With open admission and low-cost tuition, community colleges are the champions of people just like them: full-time workers and parents; older folks and younger ones; military veterans and people who speak English as a second language. That is, the true multiplicity of our communities.

But there is an escalating movement of community colleges dropping the word “community” from their names. The latest is Prince William Sound Community College in Valdez, Alaska, which announced this month that it will be known simply as Prince William Sound College. Henry Ford Community College outside Detroit has become Henry Ford College. Jackson Community College in Michigan is now Jackson College. Three Seattle community colleges began the fall semester with truncated names. Twenty-eight schools make up the Florida College System, which was known as the Florida Community College System until 2009; only three individual campuses still have “community” in their name. In all, more than 80 schools have cut “community” in the past 30 years, with at least 40 doing so in the last decade.

This is a bad move.

Administration officials insist that the name change does not signify a change in mission. Rather, they cite the broadening scope of their campuses. Many now offer bachelor’s degrees in select fields, either through independent programs or in partnership with four-year schools. Twenty-five percent of community colleges offer on-campus housing. Not only do the schools want their name to broadcast the breadth of their offerings, but programming expansion also can coincide with shifts in accreditation or funding status.

You might even consider this part of their natural evolution. The first public two-year college was founded in 1901 in Illinois, Joliet Junior College. Shifting from an emphasis on liberal arts to Depression-era workforce training, these colleges were open to women at a time when few others were. Community colleges got their biggest boost in 1948, when the Truman Commission, combined with the GI Bill, catalyzed a national network of schools that were agile enough to meet local needs. Today, there are around 1,100 community colleges in the U.S. In addition to offering credit courses and innovative training programs, these campuses are community nerve centers: They provide space for civic groups to meet, host blood drives and bring top-notch theater to small towns.

But the name change is also an attempt to heighten the prestige of community colleges. While nearly half of all undergraduates in the United States attend two-year schools, enrollment is unstable, riding the tides of economic trends. Better employment rates mean fewer students, which is why numbers have dropped for three consecutive years. Retention is a perpetual battle for open-access schools, and their reliance on underpaid adjunct faculty is troubling. Community colleges have a tremendous champion in the Obama Administration, with the President suggesting that they should be as “free and universal” as high school. But his “America’s College Promise” initiative has struggled to get congressional support and funding. Some campuses are battling financial disorder, and dramatically hiking tuition. (Some states, however, are picking up the mantle themselves. This month, Oregon followed Tennessee in passing a law that offers free enrollment at community campuses.)

As well, the welcoming-to-all nature of these schools can be disparaged with unfortunate local nicknames — LMC, for example, is derided as “Last Minute College.” The name change is supposed to inflate the appeal of these schools. But it is a decision that mistakes image for substance, an alarming precedent for an institution of higher learning. It has the reek of market research. When Jackson College announced its new name in 2013, officials boasted about how it will make them more marketable to international students. This is a surprising turn for a campus founded in 1928 to serve the people of rural mid-Michigan.

By assuming a name that has the ring of a traditional four-year school, community colleges are playing into the stereotype that they are less valuable than their counterparts. They give credence to the second-class stigma. “I’m not sure at what point ‘community college’ was branded a dirty term,” a columnist at Lane Community College in Eugene, Oregon, wrote recently in the school paper, “but I’ve found myself red in the face when someone asked me where I go to school. In a room full of university students.”

Now, we are seeing that even top leaders of community colleges buy into this insecurity, to the point where they take the drastic and expensive step of hiding behind a new name. They would do better to save the money they’re spending on changing logos, signage and stationery, and direct it toward telling a more proud and truthful story about what these institutions contribute to society.

Community colleges are a different animal than four-year schools, after all. They deserve to be taken on their own terms. Traditional education metrics, like the time it takes to graduate, aren’t neatly comparable. The Department of Education’s measure of graduation rates is designed for students who enroll in the fall as first-time degree-seeking undergraduates who attend school full time. None of that describes the majority of community college students. Most attend part-time, begin in “off” semesters, transfer to other schools and, in many cases, they are not seeking a degree or certificate when they sign up for classes. All of this distorts the statistics on community colleges, confusing “graduation” as a synonym for “educational completion.”

Because they serve a different population — including working adults, like my parents — their singular value should be recognized. And when it comes down to it, despite the snide nicknames, people get this. A June Gallup poll revealed that Americans are about as likely to describe the education at a community college as “excellent” or “good” as they are to positively rate four-year schools. With the national student loan debt at a preposterous $1.2 trillion, that fact deserves a spotlight.

Community colleges are, at heart, a radical manifestation of the belief that access to education, knowledge and culture are a public good. By stripping the “community” from their names, these schools give up too much ground to those who believe otherwise.