Economics in Brief: Communities of Color Paid for Amazon’s New Warehouse Through Tax Breaks – Next City 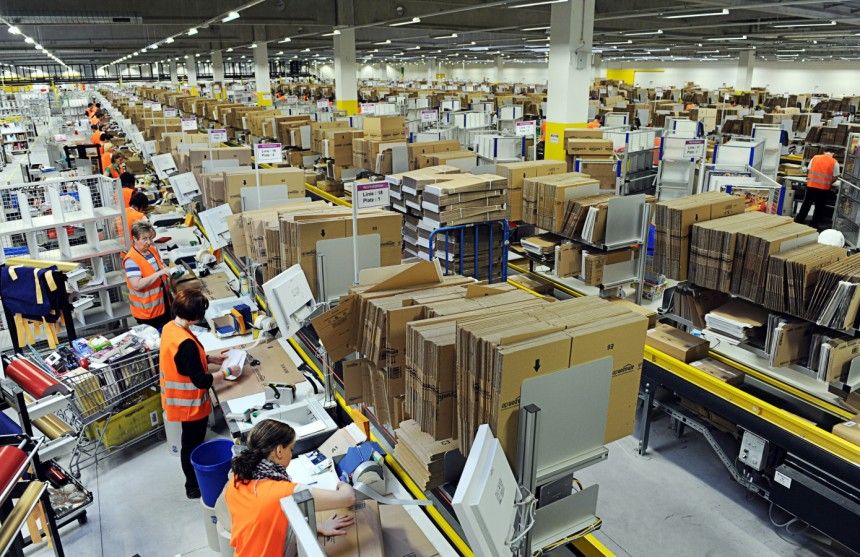 This is not the first time Amazon has made hushed deals like this, in fact they’ve been happening all over Chicago for the past 5 years — winning tax breaks and public incentives as part of the company’s effort to expand its own distribution system. The company has won $741 million in taxpayer-funded incentives in northeast Illinois alone, according to a Better Government Association/WBEZ investigation cited in the WBEZ report.

The investigation found the company received far more tax breaks from communities of color than from white communities, totaling more than $640 million in taxpayer incentives for the expansion projects. While the expansions may offer the communities more jobs, the lost revenue of these incentives will overburden other public funding for roads and pollution mitigation, among other services, according to WBEZ.

“It’s impossible to negotiate on these really important land-use decisions when one side has all the knowledge, all the finances and all the top lawyers, and on the other side you’ve got what are basically small towns that can’t even afford a traffic engineer,” Jose Holguin-Veras, an engineering professor at Rensselaer Polytechnic Institute, told WBEZ.

Good Jobs First, a corporate subsidy tracker in Washington, D.C. has reported it found nearly $3 billion in economic incentives given to Amazon by the government nationwide since 2012, or about 20 deals per year, according to WBEZ.

“We have noticed that Amazon has gotten more secretive about its redevelopment incentives, and Illinois is a good example of that where they are using LLCs as the ownership structure and properties owned by others,” Greg LeRoy, executive director of Good Jobs First, told WBEZ.

For Most Americans, Working From Home is More Expensive

One-third of employed U.S. adults worked from home at some point during the coronavirus quarantine, according to a survey by CreditCards.com, and 24 percent of participants in the poll are currently working from home.

And although working from home has had perks for some, particularly families without children, households’ monthly expenses have grown by $108 on average, according to the survey, with the extra costs going towards groceries, childcare, utilities, gas or public transportation, and restaurants, with groceries and utilities increasing most.

Remote employees with dependents outspent non-parents on monthly expenses, at when $173 and $103, respectively.

There are generational disparities as well. Work from home millennials outspent other generations at $208 per month on regular expenses, while Gen Xers expenses decreased by $2, and Boomers decreased by $24, on average, according to the survey.

Working parents told NBC news that they weren’t sure if their decreased commuting costs balanced out their utility costs. Some have had to seek extra work to manage, or make significant budget cuts.

Not everyone is able to work from home, with minorities and people without a high-school degree less likely to be afforded the privilege. The work-from-home rate for white employees was 26 percent in August, according to the Federal Reserve Bank of Dallas survey data, while only 19 percent for Hispanic workers, and 9.4 percent for Black workers.

The disparity also cuts across education levels. The work-from-home rate for people with a college degree was 38 percent in August. For those with a high school degree or less, it was 11 percent, says the survey.

If passed, the rule would cost workers more than $3.7 billion a year in lost wages and benefits as they are reclassified as contractors, the Economic Policy Institute (EPI) found.

EPI Director of Policy Heidi Shierholz said in comments submitted to the Wage and Hour Division of the DOL the costs would be $400 million in new annual paperwork costs, and at least $3.3 billion in the form of reduced pay and benefits, per year. The losses from social insurance funds would be 750 million, per year.

Black and Latinx workers would be most affected by this proposal, due to “occupational segregation by race,” and “structural racism,” she said, and finalization of this rule would “exacerbate existing racial disparities.”

“It is disgraceful that during a deadly pandemic and a deep economic downturn that the Trump administration is choosing to spend its resources further weakening protections for millions of workers,” said Shierholz in the comments. “The Department of Labor is doing a disservice to its mission, and our country, by pursuing this agenda instead of providing much-needed protections to U.S. workers.”

In California, the state’s much contested AB5 law has been aiming to make big gig companies like Lyft and Uber give their workers employee benefits like overtime pay, lunch breaks, paid sick leave, and unemployment insurance. However, these companies have insisted that they are outside the jurisdiction of the law.

The California Attorney General and three city attorneys sued Uber and Lyft in May for non compliance. A judge ordered the companies to comply with the law, but the case is currently on appeal. Proposition 22 will let voters decide the outcome of this proposed rule on election day.

This misclassification of gig worker employees has been going on for years, and includes agricultural workers, home care workers, construction workers and janitors, according to the Washington Post.

“The pervasive trend of employers misclassifying their employees as independent contractors has had severe consequences for workers and our economy. It strips workers of basic wage and hour protections, leaves law-abiding businesses at a competitive disadvantage, and robs state and local governments of billions in lost revenues,” said Rep. Robert C. “Bobby” Scott, chairman of the House’s labor committee, in a statement.