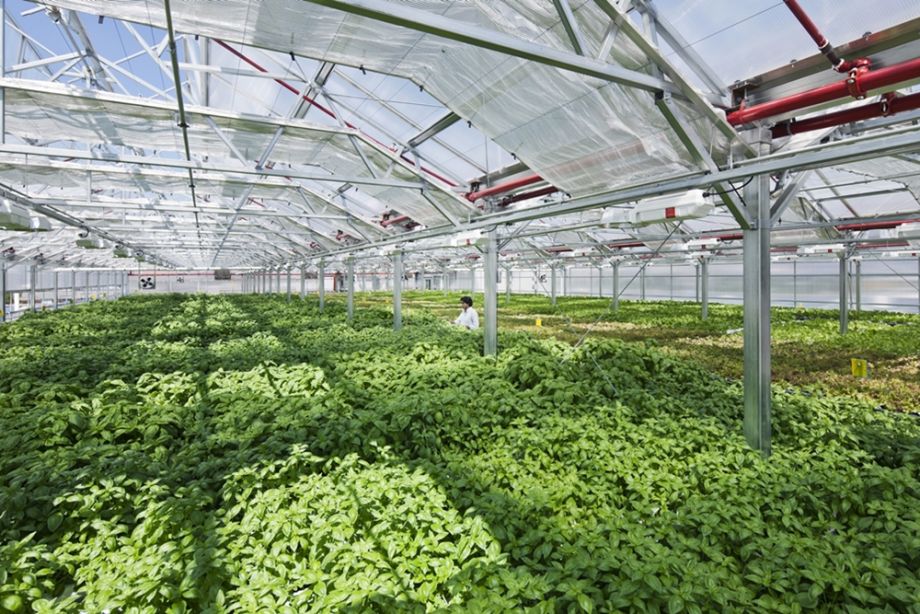 Located on the roof of the Method soap production facility in Pullman on Chicago’s far South Side, the 75,000 square-foot Gotham Greens greenhouse is presently the world’s largest rooftop farm. Gotham Greens is now planning the construction of an even larger 140,000-plus square-foot free standing greenhouse, on another section of the property formerly occupied by the Pullman Rail Car Yard and later the Ryerson Steel plant. It will essentially double the company’s footprint in the community, its only current location outside of NYC.

The 6.2-acre site hasn’t been in use the Ryerson Steel plant closed in 2008. The site will be prepared for development by Pullman-based Chicago Neighborhood Initiatives and then sold to Gotham Greens. The expansion of Gotham Greens is the latest in a series of developments that have sparked a comeback for the Pullman area to 9th Ward Alderman Anthony Beale, who grew up in the neighborhood he now represents on city council.

“Right now we are in the midst of a total renaissance for the Roseland-Pullman community,” Beale says. “This industrial corridor that we’ve created, bringing these job opportunities not only from a construction standpoint but just from a day-to-day operating standpoint, these long-term jobs, the community is embracing them overwhelmingly … Years ago, Ryerson Steel moved out, it was a huge void in the community, a lot of opportunity left. We’re bringing those opportunities back.”

Beale’s office has been especially active in landing new development in the ward, including the Gotham Greens greenhouse and its new facility. His office works closely with the Chamber of Commerce and the Calumet Industrial Commission along with community leaders on the ground in crafting sales pitches for companies to come to Pullman.

“It’s just not me. I bring in key community leaders who know the community well and who can articulate in a professional manner why we want these companies in the community,” says Beale. “They like that we put that personal touch on it … We’re not just saying we want you to locate your business here … They’re locating next to a national monument; they have great transportation on and off the expressway; they have access to Indiana, Wisconsin — we’re a transportation hub.”

A groundbreaking ceremony for the new greenhouse took place in March 2018 with several dignitaries in attendance, including Chicago Mayor Rahm Emanuel, Gotham Greens co-founders Viraj Puri, Eric Haley, Beale, and Chicago Neighborhood Initiatives President David Doig. The new facility is projected to be completed in early 2019. (The company also has plans to expand to Baltimore.)

The company is focusing hiring efforts for the new plant on the five surrounding zip codes on Chicago’s South Side. The new greenhouse will create approximately 100 construction jobs and employ about 60 permanent workers, roughly the same number as are employed in the present facility, which will remain in operation, according to Doig.

Gotham Greens worked closely with Beale’s office and with the Calumet Area Industrial Commission in recruiting candidates for the original facility. Being co-located with Method also drew a lot of candidates, according to Puri.

“When our project opened it was in The Chicago Tribune; it was on the news. There was a lot of buzz. We had a lot of people just reaching out to us in the community reaching out for jobs. Now that the business is a little more mature we have good retention. Candidates are referred by friends or family members and word of mouth,” Puri says.

Beale’s office also plays a large role in ensuring that local residents have the best possible opportunities to land any available openings.

“We can’t mandate it, because it would be totally wrong,” says Beale. “But what we can do is put people from the community in line first. We know that hiring is going to take place … I shoot an email blast out. People from the 9th ward can get to the facility before somebody from the outside.”

The jobs at Gotham Greens are not glamorous and involve manual labor. Nonetheless, they pay well enough for workers to support their families, according to Beale. The work environment itself is also an asset, argues Puri.

“People like working in our facilities, it’s a unique working environment. It’s a lush garden oasis in the heart of Chicago – climate controlled, glass building, plants – there’s not a lot of places like it,” Puri says.

Gotham Greens employs hydroponic growing methods in cultivating its plants, relying on 100% renewable energy sources and beneficial insects rather than pesticides, which is a major asset for Jeanine Costa, plant manager for the Chicago Gotham Greens facility.

“I’m so proud of what we do here, the concept, the environmental friendliness, the sustainability,” says Costa. “The fact that we can grow year-round local produce, distribute it fresh every day of the year, be really responsible to the environment, I think it’s a model for the future.”

Striving to be a good corporate citizen, Gotham Greens conducts weekly tours of the facility and helps to ease food insecurity by providing fresh produce to local food pantries through the Greater Chicago Food Depository. Gotham Greens also works with local schools, distributing seedlings to school children and providing instruction in sustainability and wellness, according to Nicole Baum, director of marketing and partnerships for Gotham Greens.

“We’re teaching these kids to grow their own food and literally providing the plants that will provide their next salad,” Baum says.

Nonetheless, Puri would like to see even more engagement with the Pullman community. In particular, Gotham Greens has met with limited success in its efforts to introduce fresh produce to small local markets, many of which carry little or no fresh produce.

Costa is excited about the new greenhouse, but also aware of the tremendous amount of work that lies ahead.

“It’s going to be quite an undertaking to start a whole other greenhouse. We’ve got a lot of safety procedures, so much training to do for all the new employees we’ll be hiring, training on the packing line, classroom training in food safety. It’s going to take everybody to get the place up and going,” Costa says.