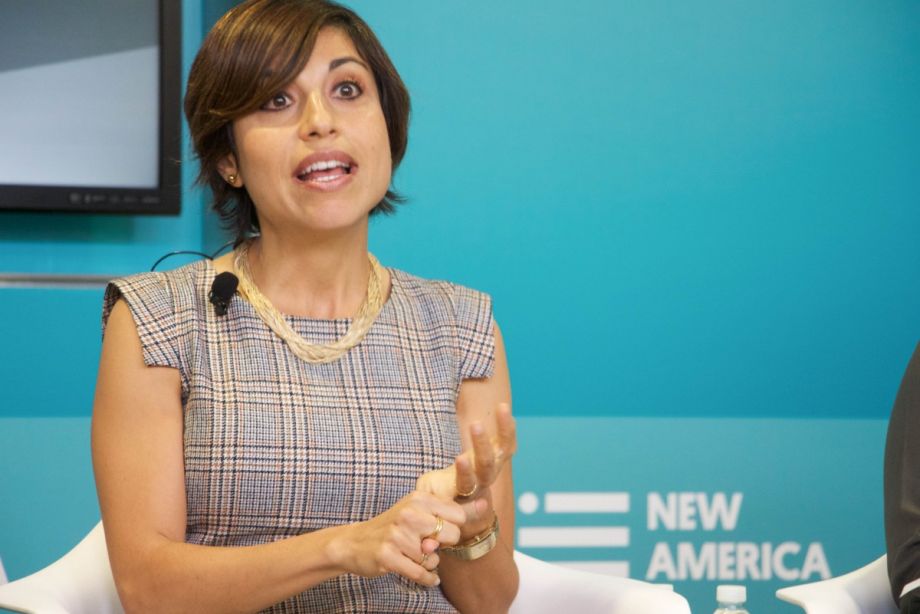 Mehrsa Baradaran, author of The Color of Money and professor of law, University of Georgia, has reportedly been tapped to prepare the Treasury Department for the presidental transition. (Photo by New America / CC BY 2.0)

Already, the president-elect Joe Biden has appointed an economic policy group to his administration made up of experts on racial equity, emphasizing that tackling systemic racism is a top priority, reports Bloomberg.

The new hires are among more than 500 experts who will emphasize racial equity as they prepare the president-elect’s policies on issues that disproportionately affect people of color, such as housing, health and small-business lending, reports Bloomberg.

“It’s an incredible signal to the Black community,” Anna Gifty Opoku-Agyeman, co-founder of the Sadie Collective, a nonprofit working to get more Black women in economics, told Bloomberg. “This administration is going to be focused on thinking about: ‘How do we build up Black wealth? How do we close this racial wealth gap?’”

The Biden-Harris administration’s landing teams are also quite diverse, made of 50 percent women, plus 40 percent or more advisers from underrepresented groups in government positions, including people with disabilities and people who identify as LGBTQ, according to Bloomberg.

Biden selected Mehrsa Baradaran, reparations advocate and author of “The Color of Money,” to prepare the Treasury Department for the transition, and chose Lisa Cook, an economist at Michigan State University, to serve the transition team in reviewing federal agencies policies.

Other members of the cohort of experts include Tene Dolphin, first executive director for the Greater Washington Black Chamber of Commerce, who will be on the Commerce Department’s landing team, Bill Bynum, chief executive of the Hope Credit Union who will advise the Consumer Financial Protection Bureau, and Don Graves, former Obama administration official and head of corporate responsibility at Keybank who will lead Biden’s Treasury landing team. All aforementioned appointees are people of color.

These appointments set the tone for the incoming administration, reports Bloomberg.

U.S. Business Applications Have Grown During the COVID-19 Recession

Contrary to previous economic recessions, businesses are looking to form during this COVID-19 downturn, with a surge since May of this year, according to the U.S. Census Bureau, reports the Federal Reserve Bank of Kansas City.

Despite general business applications falling by 37 percent in March, they have since made up for the decline, surpassing levels from the same time last year, by as much as 120 percent, according to the report.

The reason for the reversed trend isn’t yet understood, and doesn’t match up with either a loss of employment, or the flexibility of remote work, according to data obtained by the report.

The report speculates that lower costs of starting a business during the pandemic recession might contribute to the surge, such as a lack of need for offices, or cheaper office space rentals due to an increase in remote work. A demand for new products and services during the pandemic, or increased demand for existing products, may also be causal factors, says the report.

“Although application growth remains higher today than before COVID-19, it is too early to tell if this shift is temporary or permanent,” says the report “New businesses often bring new ideas or more efficient ways of delivering goods and services. If permanent, an increase in the rate of business formation could have implications for the shape of the recovery as well as future innovation and productivity growth in the U.S. economy.”

The end of the fiscal year means a cut off from many benefits that were keeping individuals and families afloat during the COVID-19 pandemic.

The first is the Pandemic Unemployment Assistance program, which provides aid to 7.3 million freelance and gig workers, according to a study released Wednesday by The Century Foundation, a progressive think tank, reports CBS. The other is the Pandemic Emergency Unemployment Compensation benefits that provides an extra 13 weeks of jobless aid on top of the typical 26 weeks provided by states, and would affect 4.6 million workers.

These cut-offs coincide with a COVID-19 surge that’s initiating new restrictions across the country, reports Vox, and is expected to be worsened by holiday gatherings.

“With infection rates spiking throughout most of the nation, so too are more restrictions being put in place, setting the stage for the unemployment lines to swell again,” Oxford Economics senior economist Bob Schwartz wrote in a report, obtained by CBS. “Unless Congress extends [jobless benefits], a vital source of income for this distressed segment of the population would be extinguished.”