Columbus to Replace “Share the Road” Signs With a Clearer Message 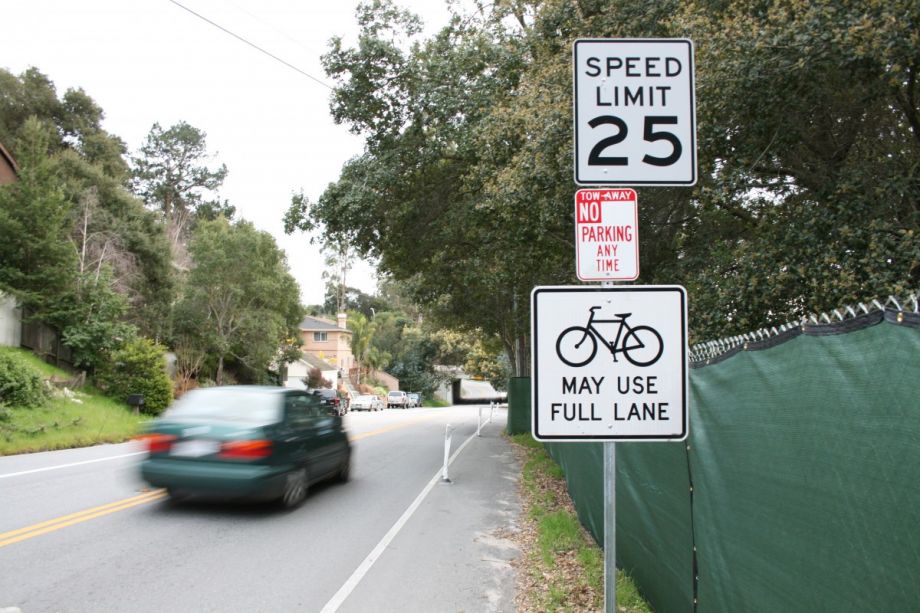 Columbus, Ohio, is hoping that less vague road signs will make it clear to drivers that cyclists have a right to the full road. According to ABC6, the city is replacing yellow “Share the Road” signs with white ones reading “Bikes May Use Full Lane.”

Catherine Girves, executive director of a Columbus bike advocacy group called Yay Bikes!, said the new notices could make streets safer for cyclists. While many cyclists usually see “share the road” as a message that they have the same rights as drivers, some drivers saw the same signs as a message to cyclists to stay close to the curb and out of drivers’ way. Many cyclists prefer to ride in the center of the lane.

“It’s crash prevention,” Girves told ABC6. “When everybody is visible, it helps cyclists be seen and known.”

Columbus isn’t the first region to make this move. Delaware’s DOT ditched “Share the Road” signs in 2013, and Oregon began the switch to “Bikes on Roadway” signs earlier this year. According to Oregon’s official guidelines, the new language is “meant to remind motorists that bicycles may be present in the roadway.”

The DOTs are responding to arguments from bike advocates that “Share the Road” signs or markings, such as sharrows, are essentially useless.