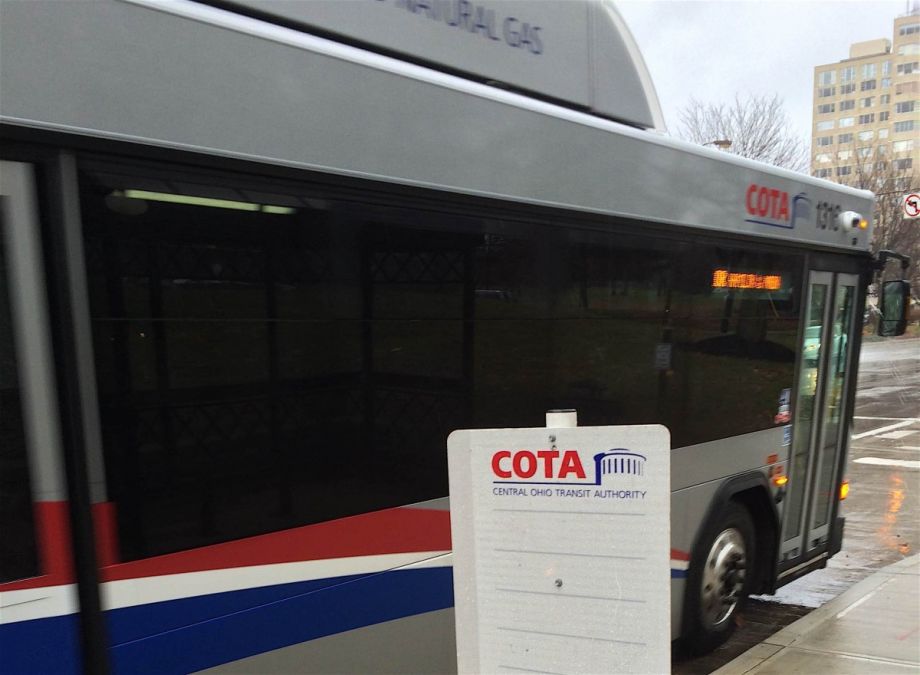 The president of Transport Workers Union Local 208 took to a microphone on Dec. 6 to deliver a message to Ohioans: “Bus drivers keep you safe.”

The union, which represents about 650 drivers and other workers at Central Ohio Transit Authority (COTA), held a press conference at the state capitol in Columbus, Ohio, that day because they’re worried about self-driving buses. They see a threat, not only in the potential dangers of driverless vehicles, but also in the possible loss of middle-class bus driver jobs to automation.

The picture of entire U.S. cities running on autonomous vehicles is still in the outline stages, but the future seems a bit closer to home for drivers with COTA, which serves the Columbus region.

Regarding the December press conference, Michael Stevens, Columbus’ chief innovation officer, told the Columbus Dispatch that the city currently has no plans to implement buses without a human operator. But TWU is taking autonomous vehicles, and the technology’s possible use in transit, very seriously. Nationwide, TWU represents around 25,000 bus drivers.

“It is a very real threat,” says John Samuelson, TWU international president. “It is perhaps the greatest existential threat that unions that represent drivers are facing. But we are ready and absolutely fighting back to defend our jobs.”

Though manufacturers seem way off from putting driverless city buses on the streets, there are plenty of examples of tests that show the industry is already thinking of scaling up the size of autonomous vehicles. French company Navya started testing a driverless electric shuttle in Las Vegas in November. (It was involved in a crash on its first day.) Minnesota DOT is testing a similar driverless shuttle on a closed-loop facility to see how they handle harsh winter weather. The Contra Costa Transportation Authority recently received permission from the federal government to move its driverless shuttle test from a closed testing ground to a business park in Walnut Creek, a town east of San Francisco.

The Federal Transit Administration is taking automated transit seriously as well. In early December, it released a Strategic Transit Automation Research (STAR) Plan, to cover automated transit research and pilot projects. It sets ambitious goals for the next five years for testing everything from low-level automation such as computer-assisted acceleration and curb avoidance to automated paratransit shuttles to full, driverless city buses and bus rapid transit.

“Driverless shuttles are having their day right now,” says Greg Rogers, a policy analyst with the think tank Eno Center for Transportation. “It’s a little bit less of a technological challenge to operate them on closed, fixed loops. Not to belittle them, but it’s a much simpler undertaking than automating a high-capacity, traditional bus [driving on complex city streets].”

It is that more challenging technological undertaking — and the fact that he’s heard little talk of driverless city buses from manufacturers — that makes Rogers think fully automated city buses might still be a distant reality. For one, city buses have a 10- to 12-year life cycle. So even when manufacturers start producing the technology, it could take a few generations for risk-averse public transit agencies to procure them. Rogers thinks it could be several decades before there’s widespread adoption of autonomous city buses.

Perhaps more importantly, he says, “bus drivers do a hell of a lot more than just drive. They have to collect fairs, make sure passengers are safe, make sure the bus is maintained properly, help passengers in wheelchairs.” That alone makes it less likely buses will eliminate operators anytime soon.

New York City first began experimenting with subway train automation in 1960 and in recent years has implemented some fully automated train lines. But, the fact that train operators have responsibilities beyond just driving the train has helped TWU make the case for its workers.

Samuelson says, for example, transit operators are trained to assist passengers in emergencies. “On the New York subway, a two-person train crew has to evacuate thousands of people in an emergency. They’re extremely well-trained to do that. If it ever went to automation, it would be an absolute recipe for disaster.”

Though Rogers doesn’t imagine driverless buses hitting the streets in the immediate future, he can imagine benefits to implementing automation sooner rather than later. The same sort of technology that allows driverless shuttles to function on closed circuits could be used to make automated city buses that can drive themselves to refueling, washing and maintenance stations in restricted bus yards.

Even if it’s a seemingly far-off threat, TWU is ready to fight at the legislative and community organizing level to protect driver jobs. According to the Bureau of Labor Statistics, there were an estimated 687,200 bus drivers of all types in the U.S. in 2016, including transit operators, school bus drivers, charter and long-distance bus drivers.

“My point is not to be a Luddite,” says Samuelson. “If they think aspects of that technology makes driving safer, then by all means use it. But if they think they’re going to get rid of drivers, they’re in for a long, ugly fight.”