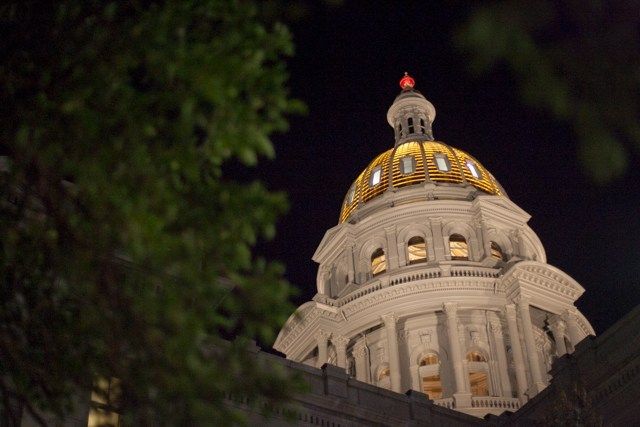 Colorado lawmakers this legislative session will debate bail reforms to ensure fewer people accused of committing a crime don’t have to wait in jail before they get their day in court.

Pretrial incarceration is used when a judge determines a person charged with a crime is at risk of missing their court date or committing another crime. Other times, people can’t afford the cash bond necessary for their release.

Criminal justice reformers argue that the process for holding people in a cell until they can prove their innocence results in the disproportionate incarceration of low-income people and people of color.

This legislative session, which begins Jan. 8, lawmakers will build on past reforms, seeking to find more ways to keep people out of jail before their trials.

“It’s really about access to justice,” said Rep. Leslie Herod, a Democrat from Denver who serves as vice chair on the House Judiciary Committee. Herod said her goal is to “dismantle the racism and the classism” that exists within Colorado’s criminal justice system.

They want to take those reforms further. One idea would grant more leniency to people who fail to show up for their first court date, which can result in an arrest warrant and jail time. People would instead have three days after their initial court date to schedule a new hearing. Reformers say the harsh penalties for failure to appear disproportionately affect low-income people who rely on public transportation and those who don’t own a phone. They also affect people struggling with mental health issues of substance use disorder.

Another reform would require that a hearing be scheduled within 48 hours of a person’s arrests. Reformers say it’s common for people to wait in jail weeks before they have a chance to prove their innocence. Michael Bailey spent 52 days in jail before he first saw a judge, according to a lawsuit filed on his behalf by the ACLU against the Teller and Pueblo county sheriff’s offices. Bailey said he lost his house and job during the ordeal. The charges against him were dismissed when he appeared in court.

Tom Raynes, executive director of the Colorado District Attorneys Council, spoke in opposition to a bill last session that would have required a hearing within 48 hours. He said it was an issue specifically for rural district attorneys who were concerned about the need for additional “infrastructure, mechanisms, alternatives.”

Another reform would expand the use of so-called risk assessment tools and study them for bias and effectiveness at predicting crime. About a dozen of Colorado’s 64 counties use the algorithms to help judges determine whether someone who was arrested is at risk of committing another crime or failing to show up to their court date.

Supporters of the algorithms, including Colorado’s public defender’s office, say they generally usher people out of jail ahead of their court date and are a fairer alternative to cash bail, which favors those who have — or can get — the money to buy their freedom.

But civil rights advocates have concerns. They argue that questions used to screen defendants reinforce racial bias in the criminal justice system, and are more likely to keep people of color behind bars.

A common risk assessment tool, known as the Colorado Pretrial Assessment Tool, or CPAT, was created in 2013 by the Pretrial Justice Institute. The assessment asks defendants 12 questions. One question asks for the age at first arrest. Critics say this question affects people of color who grow up in heavily policed areas, and does not account for racially biased policing and profiling. This question also has the greatest weight in the overall score that determines if someone is kept in jail before their trial. Other questions asking about “past or current problems with alcohol” and “past or current mental health treatment” can disadvantage people with a substance use disorder or mental health issues, critics say.

In March, Jeffrey Clayton, executive director of the American Bail Coalition, sent a cease and desist letter to a Weld County attorney saying the county’s risk assessment tool may violate the Americans with Disabilities Act and the U.S. Constitution’s equal protection and due process clauses under the 14th Amendment. Clayton wants to see these tools done away with. He said the state should instead invest in bond hearings.

“We need more due process. Not less,” Clayton said.