Colleges Are Beginning to Tackle Student Homelessness – Next City 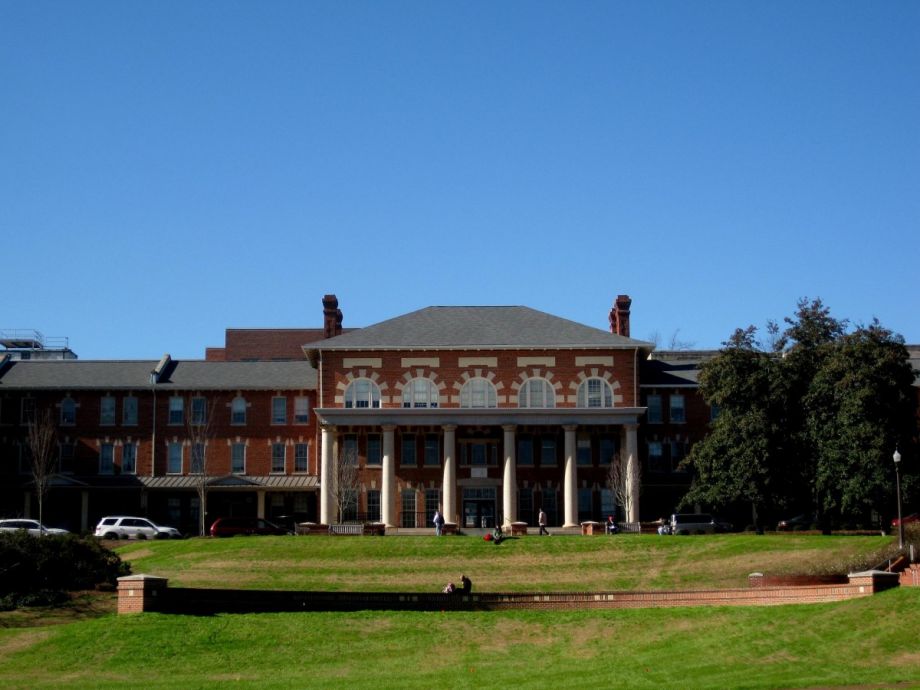 Miguel Ortiz-Cruz was a junior at North Carolina State University when Hurricane Florence hit. Three years earlier, he had come to the Raleigh-based university on a full-ride scholarship. A year later, he planned to graduate from NC State’s College of Education with a degree in graphic communications. But now, he had to figure out how to maintain his education while his family home, a few hours from campus, had been badly damaged, rendering his family homeless.

Ortiz-Cruz’s family stayed in hurricane relief shelters, a hotel and finally a trailer as they sought to rebuild their home. Even though he was on campus, the situation affected him too. He’s contributed money for building materials, hotel stays and food for his family. School breaks became complicated, as Ortiz-Cruz didn’t have stable family housing to return to but the university charged a fee — which he couldn’t afford — to stay in his dorm. “My family was in three different locations from junior to senior year,” he says.

A situation like his wasn’t surprising to NC State psychology professor Mary Haskett, who a year earlier published a research study finding 14 percent of NC State students had experienced food insecurity over the previous 30 days and nearly 10 percent experienced homelessness in the past year. By the time Ortiz-Cruz faced his own housing insecurity, Haskett was collaborating with other NC State educators on ways the university could better serve students like him.

This year the collaboration, known as the Pack Essentials Steering Committee, will begin implementing solutions after extensive research, interviews and campus meetings. “We have a lot of resources on this campus — our motto right now is ‘think and do the extraordinary,’” says Haskett. “What we’re saying is: ‘How about we do the ordinary?’ Let’s make sure our students aren’t struggling with food and housing.”

In many ways, this work lifts the veil on a problem increasing across U.S. campuses. A 2019 survey of nearly 86,000 students found that homelessness affected 18 percent of respondents attending two-year colleges and 14 percent attending four-year institutions, with 60 percent at two-year colleges and 48 percent at four-year institutions facing housing insecurity. Despite growing numbers, “there’s incredible stigma around poverty and homelessness,” Haskett says. “Students will work very hard to fit in and hide their circumstances.”

It doesn’t help that many universities have yet to provide adequate resources. NC State offers TRiO programs to serve low-income, first-generation college students and ensure they graduate with a bachelor’s degree in six years, but housing hadn’t been a major focus. “There’s a history of the university as this ivory tower,” explains Sarah Wright, assistant director of student support services for TRiO. “The likelihood that a student comes into contact with faculty or staff who asks them about where they’re going to live, it probably never happened before a year ago.”

Haskett and Wright partnered to form the Pack Essentials Steering Committee in fall 2017. The work expanded graduate and undergraduate students as well as campus and community members who researched homelessness, gathered example solutions from other universities and interviewed affected students. NC State University Foundation supported the committee with a grant for the 2018-2019 academic year to generate solutions for student homelessness.

The steering committee ultimately formed three subcommittees. The first was for emergency housing, providing immediate solutions for students who need housing that same day; the second for the establishment of a Host Homes Program, where members of the community open their homes to students; and the third for “future building ideas” to envision types of university housing for students experiencing homelessness or housing insecurity.

Given the diversity of thought across the university, Haskett didn’t want to silo this work. She formed a partnership with Tom Barrie, a professor with NC State’s College of Design, who led a studio class this past fall to explore possible solutions to student housing insecurity. “We wanted to define the problem while visualizing solutions at the same time,” Barrie says.

The class also served as an opportunity to engage university students with a campus problem and empower them to address it. “Because this was so close to home, there was an urgent feeling to the work,” Barrie explains. Students examined conditions of two university-owned vacant sites that could accommodate new construction. The 11 resulting proposals included housing facilities that integrated sustainability, nature, social spaces and health-focused design elements.

While the university hasn’t made any commitment to build supportive housing at the sites the students examined, 2020 will bring some implementation to the steering committee’s work. “The Host Home program was one solution the students on the committee were particularly interested in pursuing, as something they would have appreciated,” Haskett says.

The team received a small grant to develop framework for the program and is working to fundraise for one year of operation, which would include a dedicated program manager and case manager. While it is early in the planning process, the idea is to provide housing at no cost to students while potentially offering a modest stipend to hosts. Their goal is to begin connecting students in need of housing to members of the community by fall 2020.

Haskett stresses this work must be complemented by larger, systems-level change and financial commitment by the university. Ortiz-Cruz’s own experience with housing insecurity touched on concerns about dorm fees, transit expenses, and how managing housing insecurity put pressures on his studies. “With the resources NC State has at its disposal, I do think there could be more support,” he says. “But then we’re getting into redefining what college means.”

For Haskett and Wright, deeper change looks like more on-campus housing, including affordable housing that addresses the needs of low-income students, alongside more outreach and support networks for students experiencing housing instability.

Ideally, Haskett adds, it’s a commitment the entire university can make to its students. “It’s incredibly time consuming for individual faculty, staff and students to do this work,” she says. “It’s going to take a university system saying that we can do this and make this happen. It is literally not rocket science.”