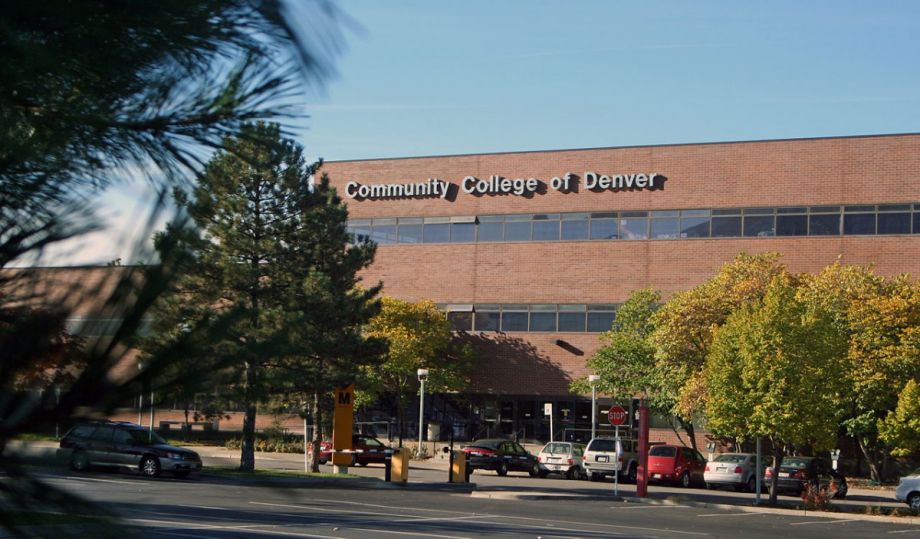 There were 29 million Americans with at least one outstanding student loan in 2008. Today, there are more than 40 million — all voting age. That’s likely part of the reason that all three Democratic frontrunners are talking about tuition-free and debt-free higher learning these days.

Average college costs have risen ever single year between 1976 and 2006, and nobody has been able to hack this affordability crisis. President Barack Obama has tried, with a massive plan announced in 2013. State legislatures have also acted, including the pioneering decision to make community college free for all residents in Tennessee. But with rare exceptions like Chicago, cities have largely stayed on the sidelines.

A looming ballot initiative in Denver stands to reverse this trend and create a municipal-controlled fund for higher ed scholarships. It would be paid for through a sales tax bump equivalent to adding 8 cents onto every $100 purchase and is expected to raise $10 million per year. A new nonprofit, run by the city, would distribute the funds to qualifying students by supporting scholarship organizations or paying off students’ debts. No student could receive more than a cumulative $4,000 in these indirect funds per year.

According to members of the task force who wrote the proposal, if Denver voters approve, it’d be the first time any city has charged excise to go toward funding four-year college opportunities. (A couple hours south in Colorado, Pueblo County commissioners are also mulling a marijuana tax to fund a college scholarship program.)

“I think that if we’re successful, there will be a lot of interest across the country looking at this model,” says Stephen Jordan, president of Metropolitan State University of Denver and a member of the task force that drafted the ballot initiative. “There are a lot of large communities like Denver out there, within states that are constrained to provide for higher ed institutions and where there’s a significant population of first-generation college students who are priced out of four-year colleges.”

While 46 percent of working-age adults in Colorado hold a college degree (ranking third in the nation), a large chunk of those diplomas are imported. On the other hand, the college-enrollment rate for Denver Public Schools grads was a measly 48 percent in 2012. Denver struggles to fund a quality education environment that leads students to apply for college as most U.S. cities do, but high tuition plays a role in that stat too. And at Jordan’s MSU-Denver, a survey of 1,300 recent dropouts found that 43 percent had left because they couldn’t afford school.

The Denver plan has its critics. Some agree that university costs need to be reined in, but think brand-new municipal taxation is not the solution. Detractors include the Denver Post’s editorial board, which wrote a damning piece two weeks ago urging voters to think twice about the ballot initiative, namely because the city has already increased the sales tax three times in the past decade and has its hands full with basic functions like fixing potholes already.

“We lost 230 police officers in five years after the Great Recession, to retirement, out of a force of 1,300,” says City Councilor Kevin Flynn. “A 2014 city auditor’s report found that it took police officers 16 minutes to get to the point of a call in my police district. If I can’t get a police officer to [you] in less than an average of 16 minutes, I’m not going to ask you to pay more to send people to college.”

And yet, that is not the primary reason why Flynn voted no to approving the initiative for the November ballot. His lack of endorsement is based on philosophical discomfort. “I like the way it’s structured but it’s just pulling up to the wrong fuel pump,” says Flynn, who was in the minority opposition on City Council during the final hurdle (it was approved 8-4 for sending to voters). His point is that City Council is not equipped with enough wherewithal to shape education policy — even if it’s something as simple as scholarships — because it’s never been an aspect of their job. “I might’ve supported this had it been put on by Denver Public Schools, but I can’t support it when it’s a city tax,” he explains.

Relying exclusively on the carrots and sticks of the state board of higher education and/or the local school board to shape education policy is an antiquated idea, proponents of the ballot initiative counter. “The education and economic prosperity of the community is everybody’s responsibility,” says Jim Chavez, executive director of the Latin American Educational Foundation and member of the proposal task force. In fact, supporters note that Denver voters just reauthorized a popular pre-K program that’s been paid for with the municipal sales tax — a pioneering expansion of powers at the time. Voters not only renewed the tax, they increased it last November, up to 15 cents for every $100 purchase — so why not do the same on the other end of the education continuum?

“I do see a fundamental difference with toddlers, getting them prepared to learn for a K-12 environment,” says Flynn. “But once they graduate high school, they’re adults. And they have the ability to seek their own ways to go to higher education.” Other might argue the “scholarship tax” is preparing students for a local workforce that needs them, a prerogative of equal or higher importance. By 2020, it’s estimated that two-thirds of all jobs in the Denver area will require college degrees — and currently, there’s a sizable shortfall of local residents who can fill employers’ needs.

Colorado is hamstrung by a law passed in 1992 called the Taxpayer Bill of Rights, which limits the powers of the state government to increase taxation. So coming up with more money to fund scholarships is exceedingly challenging — unless, of course, you’re doing it on a local level.

“Given our constitutional problems, the likelihood of the state roaring back and giving more money to higher education is minimal,” says Jordan. “It’s easy to say it’s the state’s responsibility. But when you look at the reality and the consequences of an uneducated population, you resort to creative ideas.”

There’s no guarantee that throwing any amount of money at students — whether a $10 million scholarship fund, or a federal block grant — is the answer to curbing the unstoppable growth of tuition costs. It might ultimately be up to the colleges and universities themselves to demonstrate frugality. “If we keep finding money to satisfy the ever-escalating demands of tuition, we provide no incentive to control costs by those higher education institutions,” says Flynn. “It’s like fighting obesity with an all-you-can-eat buffet.”

As for whether the ballot initiative will get passed, it’s going to be a tough slog. Both proponents and opponents are unusually confident. Flynn says that constituent calls and emails to his office have numbered five to one against, while one of the other “no” votes to the ballot initiative, Council Mary Beth Susman, claims that she hasn’t received a single response in favor. Then again, Denver residents have a long history of approving ballot initiatives, and several other council members, along with Mayor Michael Hancock are fans of the proposal. After the Council voted to move it to the ballot two weeks ago, Council President Chris Herndon said, “We have the opportunity to do something that’s truly groundbreaking.”