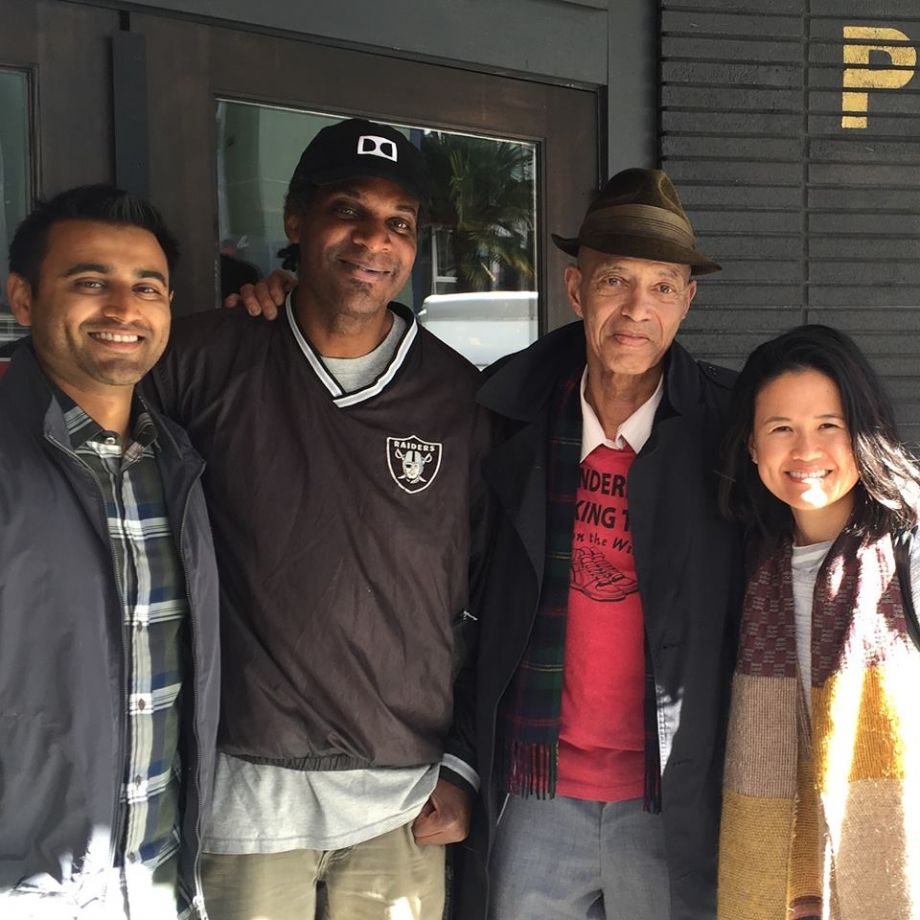 Today, Seymour gives walking tours of the Tenderloin to tech industry heavy hitters of the Bay Area, offering perspective on the gaping disparity between the city’s haves and have-nots. For 90 minutes, he guides visitors through the history of the neighborhood, showing them where he lived while homeless and talking about displacement and challenges the community faces. More importantly, Seymour uses the tours to create a pathway out of destitution for his homeless neighbors by the way of jobs.

In late 2015, after turning his life around, Seymour launched Code Tenderloin. Despite its name, the organization isn’t another trendy coding boot camp. Instead, the job training and placement program works with the tech community to help homeless individuals establish professional skills, build their resumes, practice interviews and quickly find employment.

Seymour’s use of the word “code” is more of a nod to his military past, meant to underscore the urgency of the call to humanize those not benefiting from San Francisco’s growing billion-dollar tech industry, amid a widening wage gap, lack of affordable housing and rapid gentrification.

“The most significant part of what we do is we break the myth that the homeless do not want to work. We celebrate the fact that [someone] can make an 180-degree turnaround in [their] life,” says Seymour.

Forty-two people have graduated from Code Tenderloin so far. Each month, Seymour and his mostly volunteer team, take on 12 to 14 clients for four weeks of training. According to Neil Shah, the program’s development and community engagement director, 37 have been placed in full-time jobs.

Clients work at Twitter’s high-end store and cafe, or in entry-level roles at companies like Dolby, Zendesk and Lending Club.

The driving force behind the program’s rapid job placement model is as much attributed to these strategic partnerships with the local technology community as it is to relationships with existing citywide support services that have been serving the homeless community for decades. Rooted in holistic collective impact, Code Tenderloin considers the complex needs of the population they are serving — something they also ask the employment partners to do for the new hires.

“We have the geographic advantage of being ingrained in the tech community. We’re also partnering with other workforce development programs to make Code Tenderloin sustainable and have greater reach,” Shah says. “We are not social workers or case managers. We partner so that we can have a collective impact. When people come through our doors, they need wraparound services in addition to the skills we’re giving them.”

Shah points to the Glide Foundation, which provides access to hot meals, clothing and temporary housing for clients.

Tiffany McClendon is a graduate who found herself with nowhere to go at the end of her first day of work at a local Mexican seafood restaurant, which she landed after her training. She returned to the home of her aunt only to find out her and her daughter were no longer welcome. Immediately, she called her new support team at Code Tenderloin.

At 2 a.m., Shah picked up McClendon and her then 19-month-old daughter, drove them to a hotel and helped her unpack her belongings. Both Shah and Seymour covered the costs of the room using their own money, helping McClendon connect to resources until she was able to secure an apartment.

“Del was going to let me stay at his house if it became too much of a hassle. Neil’s roommate even offered to babysit for me when I went to work,” says McClendon.

“[Code Tenderloin] got me job ready and all I had to do was go and present myself and my skills,” she continues. “They have been a real blessing to me. These people want you to see more for your life, and they’ll get you there.”

A month later, and with the support of a local housing program, McClendon and her daughter have a place of their own. She has since referred three of her friends to Code Tenderloin, and they have also landed jobs.

Seymour and his team are looking for ways to ensure the program’s sustainability. They hope for additional funding through partnership with local city government, a move they say will open more doors in the business community and to more jobs for future clients. Currently, the program is supported by Seymour’s walking tours (visitors pay a donation) of the Tenderloin, with minor donations from their tech partners.

“We’ve gathered a team of consultants to help us build a solid organization. In the future, we’d like to establish a model that can work in other cities too. There could be a Code Compton, Code BedStuy … ,” says Shah.