Love Cities and Dig Technology? If So, We Have the Fellowship for You – Next City

Love Cities and Dig Technology? If So, We Have the Fellowship for You 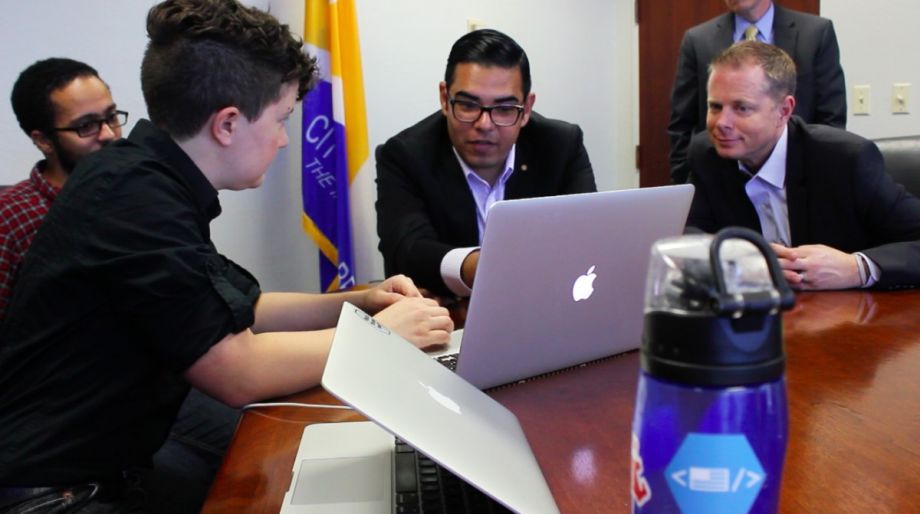 Want to use your skills to fix the things that matter? Apply to be a Code for America fellow today. Applications for our 2016 Fellowship class are rolling and will close July 15, 2015.

Five years ago, Code for America held its inaugural Fellowship connecting 19 fellows with three cities. The idea at the time was simple: while the private sector had seen an evolution of tools and practices, local governments had significantly fallen behind. That first year was an experiment to see if we could help them catch up. When our founder Jennifer Pahlka asked 2011 Fellow Scott Silverman why he’d chosen to leave Apple for a year to work with Code for America, he said, “Because I believe interfaces to government can be simple, beautiful, and easy to use.”

Since then, 125 talented people have left their jobs in the tech sector to join Code for America for a year of public service — building “simple, beautiful and easy to use” tools that have improved the way that governments engage with their residents and deliver services. They’ve worked in 38 cities, counties, and states across the country, showing that a user-centered, data-driven, and iterative approach to problem solving can directly impact everyday people’s lives.

Fellows have improved the permitting processes for small business owners in Santa Cruz, helped parents enroll their children in schools in Boston and Rhode Island, reduced the likelihood of a family falling off of food assistance in San Francisco, and helped judges in Louisville understand conditions in the metro jail.

Over the years, we’ve seen local governments begin to change the way that they engage and serve the public, adopting new practices and tools that look more like what we have come to expect in our daily lives. There are now individuals and organizations all over the world that are contributing to making government work for the people, by the people, in the 21st century.

Change is possible, but only with the help of everyone.

“If you’re excited to serve a greater good, to get things done, and co-create with the community (not just for them), apply to be a fellow! Code for America provides the opportunity for everyone — technologists and non-technologists alike — to partner with governments to build simple, effective open source technology that serves the needs of the community. On a personal note, you’ll be inspired and challenged every day by your fellows, and you will be making friends for life,” Mari Muraki, 2015 fellow on the Somerville team.

You can be one of them. Apply today.

Nicole Neditch brings her experience in government, technology, and community development to Code for America, where she directs the organization’s hallmark program, the Fellowship. The Fellowship pairs teams of technologists with local government to develop digital approaches for key government services. Nicole joined Code for America from the City of Oakland where she worked for the City Administrator on initiatives related to open government, service design, and public participation. Before working for Oakland, Nicole developed websites for governments, non-profits, foundations, and art organizations. She also owned a cafe/gallery/community hub, Mama Buzz Cafe, served on the City of Oakland’s Cultural Affairs Commission, founded the Bay Area Visual Arts Network, and launched Oakland’s First Friday Artwalk, ArtMurmur. Nicole speaks regularly on government innovation and service design.