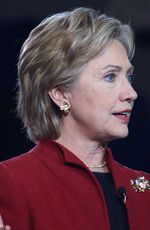 Newspaper editorials, urban advocates and bloggers have often complained that the presidential candidates are sorely lacking an urban platform—both on the campaign trail and on their websites. Indeed, while the candidates offer up a variety of positions relevant to urban dwellers, a comprehensive plan for American cities has been mostly absent.

As a New York Times editorial posited, “The opening issues pages on the official Web sites for both candidates give rural issues a special category. ‘Urban policy’ does not get a billing.” Many concerned urbanites cheered this observation.

Neither of the Democratic candidates “are offering anything like a comprehensive vision for urban America,” the editorial went on.

All of the platforms she outlines—education, job creation, “greening” our cities, crime, infrastructure—have been discussed before, and this fact sheet is meant to prove that American cities play a “central role” in her campaign and that they are a “priority” for the New York Senator.

Calling education the foundation for the road to entering the middle class, she laid out her plans for inner city children and young men of color. Through investment in early childhood education, funding the recruitment and retainment of quality teachers in hard to serve areas, and through job training, Clinton would attempt to cut the minority drop out rate in half over the next decade.

To increase economic activity in cities, the former first lady would offer tax incentives to businesses that stay in the United States. She would also attempt to leverage the job opportunities that “greening“ the cities would offer by investing $15 billion in clean energy and another $1 billion for a green building fund; weatherizing millions of homes; and offering green job training.

She also outlined her housing and infrastructure plans, stressing their impact on urban areas. On housing, she focused on her call for a voluntary 90 foreclosure moratorium, a 5 year interest rate freeze and her $30 billion package to help states and localities deal with the foreclosure fallout. For infrastructure, she pointed to the $10 billion she would offer for reinvestment and she supports the bill for a National Infrastructure Bank.

Recently, however, rural areas have thoroughly grabbed the spotlight as Barack Obama defends comments he made that rural voters are bitter.

Yes! I want to donate.
0 Comments
Join the Conversation