Climate Change Prep Is Leaving Many in Danger – Next City

Climate Change Prep Is Leaving Many in Danger 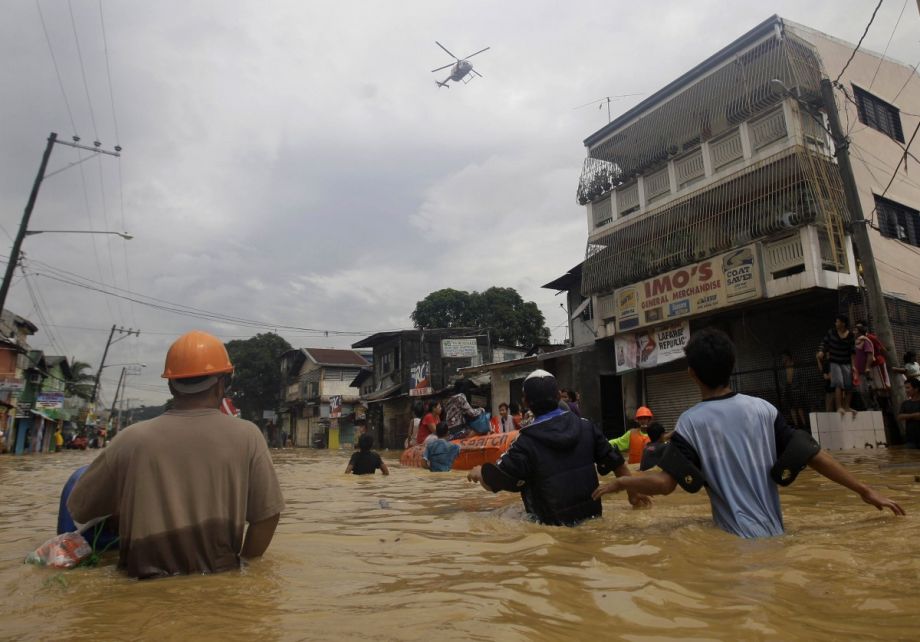 When modern Paris was redesigned in the mid-19th century, the wide boulevards and Cartesian layout served two purposes: beauty and control. By preventing revolution and easing the parading of troops, the new design paved the way for today’s Paris, which is plagued with inequality. With the city’s poor now pushed to the periphery, it is auspicious that Paris was host to the United Nations climate change negotiations where cities and climate justice garnered lots of attention, but were not discussed in tandem.

Cities are the new frontier for climate action, but few mayors are discussing who is responsible for urban climate emissions and who will be most affected by climate impacts in cities. Climate equity in cities is critical because climate change disproportionately affects vulnerable and marginalized communities — oftentimes minority and low-income. Facing Superstorm Sandy, disadvantaged communities had limited capacity to prepare in advance of the storm and were among the last to receive recovery aid.

Interventions to reduce emissions, such as transit-oriented and mixed-use development implemented without equity considerations, can have the unintended consequences of increased land use prices and gentrification. While the issue of inequality in cities — focusing on jobs, housing and the justice system — is gaining momentum, it has not yet aligned with urban climate planning.

This misalignment raises fundamental questions about how the shift in climate leadership from country to city action impacts equity in the wider climate debate. How are mayors addressing questions of responsibility and climate justice in their city climate plans?

Paris Mayor Anne Hidalgo, along with former New York City Mayor Michael Bloomberg, hosted nearly 1,000 city leaders from around the world at a Climate Summit parallel to the official United Nations negotiations. The Summit highlighted cities as key to climate action, but the agenda placed little emphasis on equitable climate planning in cities.

In the past, developed countries committed to take on the lion’s share of emissions reductions to address equity and correct for their historical contributions to the climate problem. The limited success of this model and rising emissions of emerging economies has led to a new approach in which all countries take on some level of commitment. The call for universal action — and a shift from country- to city-level action — fundamentally recasts climate justice as a challenge to address within and across cities.

Countries, like India and the Philippines, have battled long and hard over issues of energy and climate justice. Their stance is supported by government alliances and civil society networks advocating for participation and equity at the international scale. Urban climate policy has significant implications for equity, but mayors and city leaders have yet to integrate equity considerations into city climate plans.

India’s cities will hold over 800 million people by mid-century. Coastal cities in the Philippines, threatened by sea level rise and intensifying storms, are home to over 60 percent of the population. Slums, lacking basic amenities, make up more than half of all housing in Nairobi and many other African cities. How mayors address urbanization and inequities in cities will be a critical challenge, particularly in cities with growing energy demands and compounding climate risks.

Addressing climate justice at city scale is increasingly important, especially because the Paris Agreement fell short on critical equity components, like finance. Cities around the world, including Paris, face serious segregation and inequality challenges and are just beginning to address inequities in climate planning (for example, Paris’s transit for all). As the new leaders on climate action, cities and mayors need to prioritize equity and justice.

Alisa Zomer researches urban climate change equity and environmental metrics at Yale University. She is a World Social Science Fellow in sustainable urbanization and worked previously at the World Resources Institute. Joshua Sperling is a research fellow in the Urban Futures and Climate Science & Applications programs at NCAR in Colorado. He is a former Fulbright Scholar and holds a PhD in civil engineering from the Sustainable Urban Infrastructure program at University of Colorado-Denver. Alisa and Josh co-lead urban equity activities in the Early Career Working Group of the U.S. NSF-funded Sustainable Cities: People and the Energy-Water-Climate Nexus project.