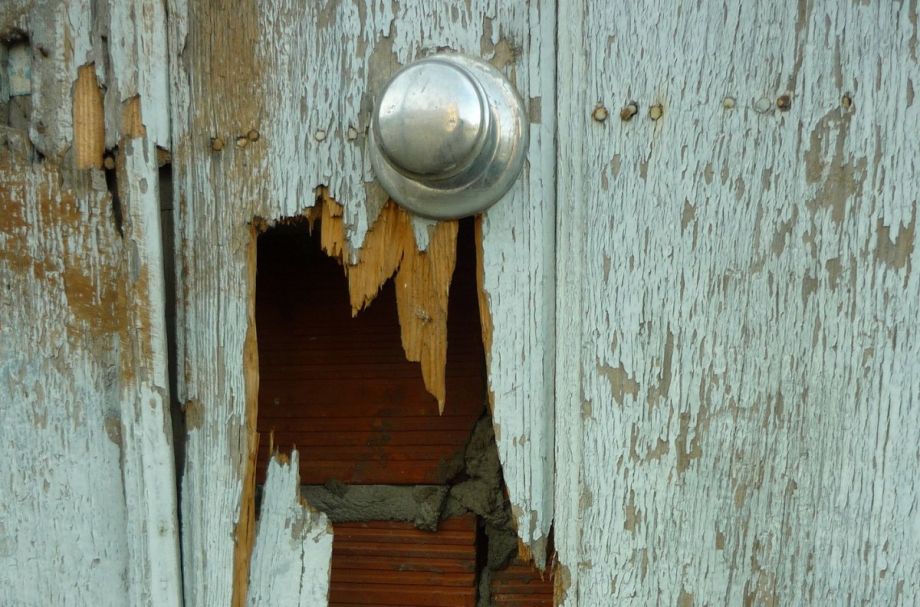 Sixteen families are being forced to leave 12 dilapidated homes in Cleveland’s Detroit Shoreway neighborhood due to a court-ordered nuisance abatement action. The nonprofit that initiated the action says it’s protecting people from poor housing conditions. Some tenants and a newly formed neighborhood group fighting displacement say the nonprofit is paving the way for gentrification.

The disagreement shines a light on how the role of community development corporations has shifted in the years following the 2008 foreclosure crisis. Detroit Shoreway was hit hard by white flight in the 1970s, and again by the early 2000s recession. As the birthplace of “equity planning,” Cleveland has a strong ecosystem of CDCs intended to support and stabilize such struggling neighborhoods. The Detroit Shoreway Community Development Organization (DSCDO) is one of the city’s most prominent, and has developed over 1,000 units of affordable housing.

But the current eviction conflict strikes at how a CDC in a neighborhood like Detroit Shoreway defines efficacy. Some residents and observers — including Norman Krumholz, an urban planner who’s been in Cleveland since the late 1960s and is considered the godfather of “equity planning” — worry CDCs are becoming too concerned with property values and neighborhood-scale development, and moving away from their traditional commitment to individuals.

“I think some of them have lost their focus on the lower-income population,” Krumholz said in 2015, specifically citing Detroit Shoreway as a neighborhood where he thought the CDC focus was shifting to market-rate housing. Richey Piiparinen, director of the Center for Population Dynamics at the Maxine Goodman Levin College of Urban Affairs at Cleveland State University, has studied how Cleveland might grow without deepening inequality. He says it’s a mistake to think that Cleveland isn’t gentrifying just because the city still has a glut of vacant housing. With CDCs becoming “quasi-developers,” and DSCDO leading the pack, he says, it’s reasonable for displaced tenants to wonder, “Who is the neighborhood being redeveloped for?”

“It’s pretty safe to say it’s probably not being developed for the people on Colgate [Street],” he says.

That’s where most of the families who will lose their homes are concentrated, in a part of the neighborhood beset by vacancies and struggling with crime. In June, a court awarded receivership over these 12 houses to DSCDO. The nonprofit had been trying to get landlord Neil Clough to clean them up for years. Several houses had already been condemned by the city or boarded up by police due to criminal activity. When Clough didn’t repair them — and after he rejected an offer from DSCDO to buy them — a court put the nonprofit in charge of bringing the houses up to code. DSCDO had already purchased five buildings from Clough, three of which had to be demolished for poor conditions.

“We wanted him out of the neighborhood,” says Matt Yourkvitch, DSCDO lawyer. According to Yourkvitch, some houses had holes in the walls and floors, faulty wiring, and poor plumbing. DSCDO figured they would have to demolish most of them.

Receivership doesn’t grant ownership, but rather, confers the right to collect rent and inspect properties, and obliges the receiver to fix housing violations. Because DSCDO focuses on multiunit housing, they requested receivership be transferred to for-profit Mustard Seed Development. “This is not an acquisition strategy for us,” says Jeff Ramsey, DSCDO’s executive director.

Daryl Anderson, owner of Mustard Seed Development, plans to rehab the single-family houses or demolish and replace them with new housing priced to be affordable for low-income families. Anderson focuses in particular on housing refugees. The tenants who live in the homes now will not be able to stay on through the renovations, and most will not return when the fix-ups are done.

On June 13, current tenants received a letter notifying them that rent was now payable to DSCDO. Two weeks later, they received a 30-day notice to vacate their property by the end of July. If they paid rent by July 5 and left by July 30, the letter stated, they’d get $1,000 in relocation assistance.

Here, accounts by tenants and DSCDO staff diverge. Many tenants did want to leave, but felt DSCDO was giving them mixed messages. Lisa Sutton lived in her house on Colgate Street for 17 years, and moved away briefly, only to return less than a year ago. Sutton says she was frustrated by the process. She agrees that “the landlord wasn’t the best landlord,” but says he had done significant renovations to her house in recent years. Despite worsening neighborhood crime and drug use, despite a bedbug infestation, she wanted to stay.

“It was bad. But we really didn’t want to leave Colgate, because we knew Neil, we lived there 17 years,” she says. DSCDO was offering some time to move, “but not enough,” she says. Sutton says one employee told her not to worry about paying July rent while she looked for other housing, but when Sutton didn’t pay, DSCDO withheld it from her relocation assistance. Instead of $1,000, she ended up receiving $600.

Yourkvitch and Ramsey say that the relocation assistance was always contingent on paying rent. The court didn’t require DSCDO to provide it. “We understand the circumstances you’re in, and while we don’t have a legal obligation to do this, we maybe have a moral obligation to do this,” says Yourkvitch of the financial assistance. “It’s out of communication and cooperation that we’re willing to offer the assistance, not out of an obligation or an entitlement.”

All tenants got a written relocation assistance offer on day one, he says, but as time went on, and some tenants refused to cooperate in inspections or stopped paying rent, that offer expired.

Christina Keegan, a neighbor not facing eviction, charges that DSCDO did not clearly communicate this to tenants, and sometimes made conflicting promises. She and other affected and unaffected neighbors have been organizing against the evictions under the banner West Side Mutual Aid. They’ve been trying to collectively meet with DSCDO and crowdfunding for new furniture and appliances.

“I think in the past people haven’t necessarily realized that this type of action is usually part of a larger case involving multiple people,” says Keegan. “They think it’s just themselves, and they’re in this emergency survival situation, focusing on finding a place to live and not what got them in that situation.”

West Side Mutual Aid is taking aim at that bigger picture. Keegan wrote in a statement, “Displacement in Cleveland is not simply the result of disinterested market forces. Rather, it is the consequence of targeted nonprofit and public investment that values place over people. When the measure of success is the degree to which public investment stimulates or seeds the private market, poor people lose.”

Ramsey and Yourkvitch dispute this interpretation. They say Keegan and a collaborator are just stirring up trouble, and do not represent all the affected tenants. Because the new housing will be occupied by low-income people, Ramsey says this isn’t gentrification. People will be displaced, but only because the condition of the properties demands it, he says.

He also says he sees larger tenant issues. “All of them have lived there less than a year. They’re transient families. They have all sorts of problems in their lives,” he says. “One family, you go to the house, there’s beer cans all over the front yard. There’s other families that have criminal records and criminal histories. So these are families that have social problems that go with being a resident.”

Yourkvitch says given the poor state of the neighborhood, it’s “almost laughable” to be concerned about gentrification now. Researcher Piiparinen disagrees.

For Sutton, and other displaced tenants, the situation is bittersweet. Sutton still resents how everything played out with DSCDO, but says her new place, also in Detroit Shoreway, is much nicer than her old one. The landlord is better too.

“At the end of the day, the families we touch, their lives are better for it,” says Ramsey.

Keegan worries that a displacement movement has only just begun, and that low-income tenants will ultimately be pushed out of Detroit Shoreway altogether.

“The air of change is blowing in a lot of neighborhoods in Cleveland, which is good in some respects obviously, but troubling in other respects,” says Piiparinen. “Because of what happens in America when cities become more prosperous, what happens to people?”

Editor’s Note: This article has been changed to reflect that West Side Mutual Aid is focused on fighting displacement. A correction on a quoted source has also been made. Yourkvitch said that concerns about gentrification are “almost laughable.”