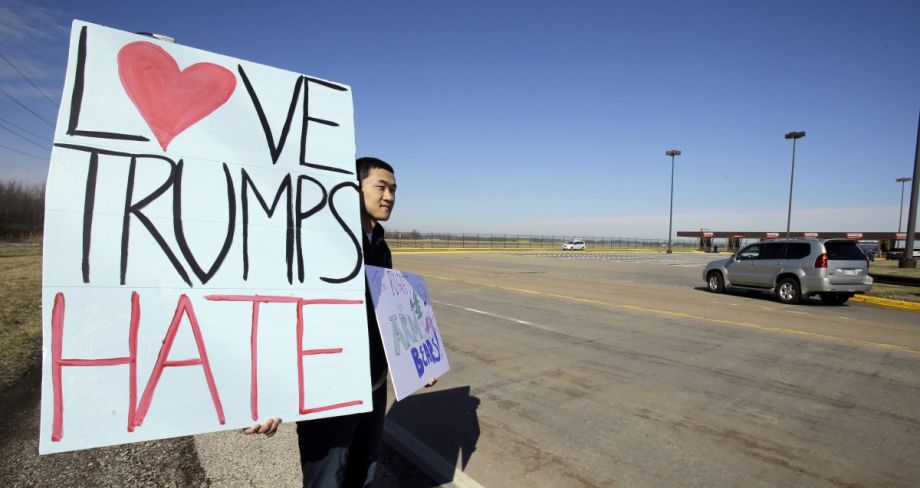 While a majority of northeast Ohioans are excited that Cleveland is hosting the Republican National Convention this summer, 69 percent are “somewhat” or “very” surprised that the city was chosen, according to a new poll by Baldwin Wallace University. They’re also concerned — justifiably, in the wake of violence at Trump rallies — about security.

Seventy-three percent of the 530 registered voters surveyed from seven Ohio counties said security was the number one priority the city should focus on leading up to the convention. There is concern, especially during such a contentious election cycle and in a city whose police have been charged by the U.S. Department of Justice for unwarranted use of excessive force, that the Cleveland convention of 2016 could echo the Chicago convention of 1968.

In an additional comments section in which respondents were asked what could convince them to go downtown during the convention, one person wrote, “If Donald Trump gets the nomination, I may have to go downtown to protest.”

Most respondents though, wrote that absolutely nothing could get them to go downtown during the brouhaha, some citing security concerns, others citing the sheer inconvenience. About a third of all respondents said that knowledge of what will be open and closed to the public, discounted museum admissions, free tours of landmarks, outdoor concerts, restaurant and bar specials, and similar public events could sway them to venture downtown, with young people reporting greater likelihood to participate. Just 17 percent said they’d be drawn by live outdoor broadcasts of candidate speeches.

After security, respondents think the city needs to focus on its general capacity to handle such a huge influx of visitors, road and public transportation improvements, adequate lodging, the city’s Public Square, and airport upgrades. Eighty-two percent said they think the convention will boost the region’s economy; 65 percent said they believe it will bolster positive perceptions of Cleveland. Other benefits they’re hoping for: 47 percent are crossing their fingers it will attract more visitors to Cleveland, 34 percent think it will attract more business, 28 percent think it will spur infrastructure improvements, and 22 percent are hoping for job creation.

Democratic Mayor Frank Jackson has estimated that the convention will have a $200 million impact, just shy of the $214 million in indirect and direct spending reportedly generated by the convention in Tampa Bay in 2012. Another study failed to demonstrate much of an economic or tourism impact on Boston following the 2004 Democratic National Convention, but the author of that study said last year, “In a state like Ohio with higher unemployment, it will boost employment in Cleveland.”