Cleaning Up Oslo’s Port, One Trash-Finding Drone at a Time – Next City

Cleaning Up Oslo’s Port, One Trash-Finding Drone at a Time 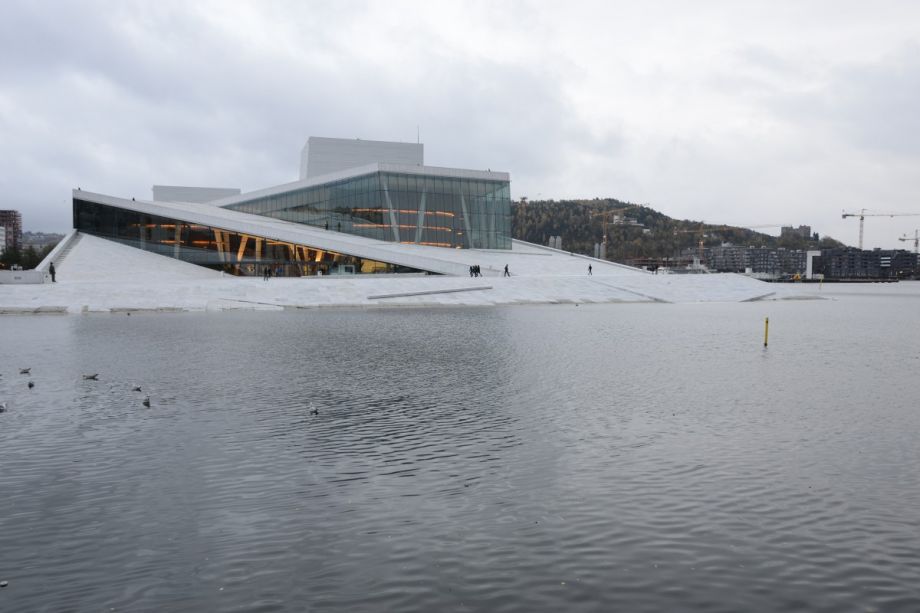 The Oslo Opera House sits at the head of Oslo Fjord. (Photo by Jorge Láscar)

From old cars to rusty bicycles to — perhaps — lost Viking treasure, the Oslo Fjord is full of much more than halibut and cod.

“Not many years ago, a mayor said if you want to get rid of a car, put it on the ice,” Solve Stubberud, a general secretary of the Norwegian Divers Federation, recently told the New York Times.

In January, a photo of a dead dolphin wrapped in plastic made headlines in Norway and spread rapidly on social media. And last week, board members of Oslo’s Port Authority approved a high-tech trash-removal plan: drones. The Times reports that the drones will drive into the Oslo Fjord to locate underwater “islands of trash.” An electric-powered ship with a crane will then gather the trash.

The port may be the first in the world to try the method of trash pickup, and with the announcement will most likely come a “drone bidding war.” China is the epicenter of non-military drone technology. There, as Craig Guillot wrote for Next City in 2014, drones “fly over traffic-choked city streets to deliver birthday cake and hover over notoriously polluted cities like Beijing, Shanxi and Hebei, detecting chemicals in the smoggy air.” At the time, drones that responded to smog by spraying air-cleaning chemicals as they flew were in testing as well, and cities from Toronto to Beijing were using similar technology to inspect power lines and buildings.

Despite the city Port Authority’s decision, Norway’s national government continues to contribute to the problem of toxic waste in the fjords. It’s one of the few governments that still allows off-shore dumping of mining waste, and has refused to sign an International Union for Conservation of Nature making the practice illegal.