The 35 Cleanest Most Popular U.S. Beaches – Next City

The 35 Cleanest Most Popular U.S. Beaches 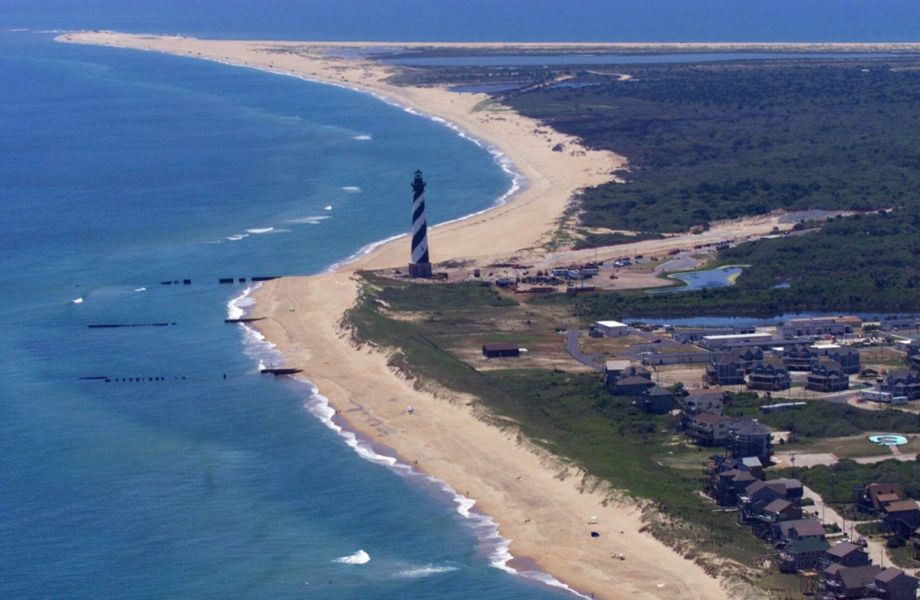 If you live anywhere in the United States close to a major body of water, you probably look forward to cooling off at the beach in the summer. What you might not think about when you hit the waves is exactly what’s in that sparkling water. Many of the nation’s coastal waters are periodically contaminated with bacteria, viruses and other nasty microbes that can cause infections, diarrhea, skin rashes and other nasty afflictions.

If you’re looking for the source of the contaminants, turn around and look behind you at the cities and towns that line the shore. The problem is us. The top cause of beach pollution is stormwater runoff from populated areas.

Last week, the Natural Resources Defense Council released its annual report about beach pollution, detailing conditions at 3,000 beaches around the country, as well as offering solutions. The report also ranks the 35 cleanest popular beaches in the country, so-called superstars, as well as a rogue’s gallery of “repeat offenders” with consistently polluted water.

According to the NRDC report, much of the contamination befouling our beaches happens during rainfall events. In some cases, it’s simply the result of rainwater washing over the heavily paved landscape of the average American settlement. “The amount of pollution present in urban runoff tends to correlate with the amount of impervious cover, such as roads, sidewalks, parking lots, and buildings,” according to the report. “A study conducted in North Carolina found that a watershed that was 22 percent covered by impervious surfaces had an average fecal coliform count more than seven times higher than a watershed that was 7 percent covered by impervious surfaces.” (Here’s a full PDF.)

Then there’s the unpleasant phenomenon known as combined sewage overflow (CSO), of which many urban dwellers remain unaware. In the nation’s older cities, mostly in the Northeast and Great Lakes regions, some 40 million people live in communities that handle stormwater and sewage in the same treatment system. When there’s a heavy rain, the system becomes overwhelmed, and the overflow gets dumped in the surrounding waterways sewage and all. According to the NRDC, a 2002 study estimated that 43,000 CSO events happen every year, resulting in the discharge of 850 billion gallons of untreated sewage and stormwater. Climate change is projected to make such events more frequent. Other sources of contamination include septic systems, boat waste, agricultural runoff and swimmers themselves (there is something called “bather shedding” that you might not want to think about too hard).

The NRDC has created a searchable map that contains data on 3,000 of the nation’s beaches, viewable on mobile for those last-minute beach plans. The group is also urging people who care about keeping our water clean to support strengthening regulations that govern the nation’s waterways, including a revision of the Environmental Protection Agency’s rules governing the way the nation’s streams and wetlands are protected (more about that here and here).

In the meantime, if you want to hit the beach right away, here are the 35 popular beaches that earned “superstar” status for their consistently high water quality, and the “repeat offenders” that had more than 25 percent of samples worse than the public health benchmarks in each year between 2009 and 2013, listed by state. 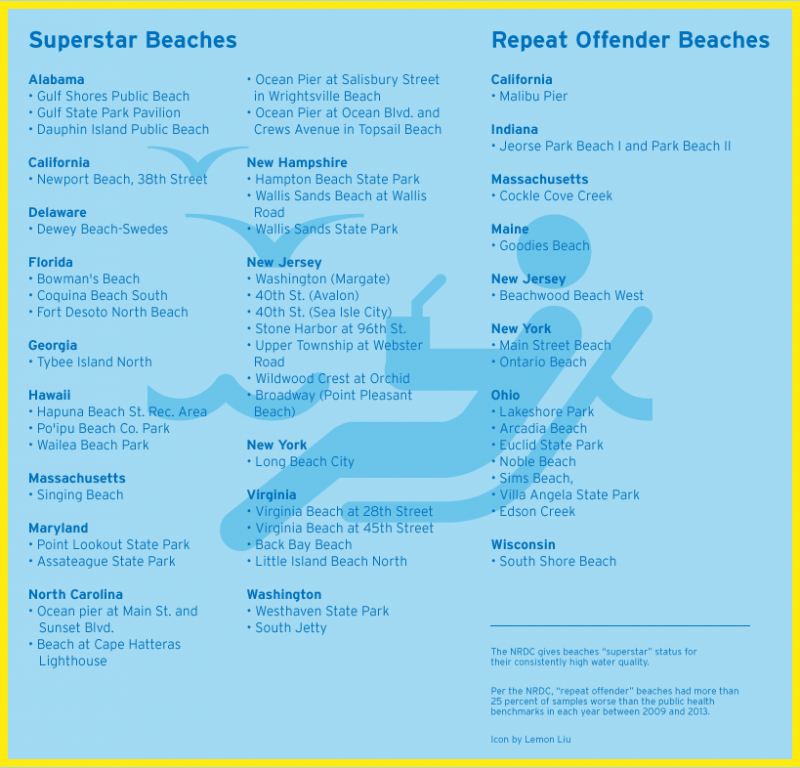