Clay Johnson’s Rules for Procurement for the People – Next City

Clay Johnson’s Rules for Procurement for the People 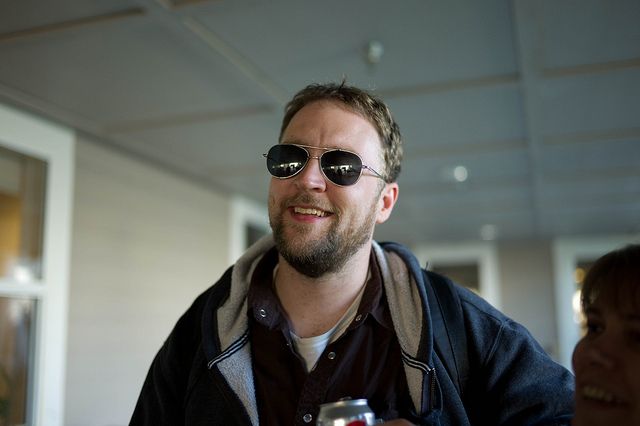 Technologist Clay Johnson has been trumpeting his message that governments big and small have to rethink how they buy goods and services for some time now, an appeal that’s gotten new life with the botched rollout of HealthCare.gov. In recent months, Johnson, along with fellow former Presidential Innovation Fellow Adam Becker, has focused his energies on reforming how local governments do procurement through his start-up, the Department of Better Technology. Johnson spoke at last week’s Code for America Summit about how, exactly, to go about doing that.

“It’s time for us to fix procurement,” Johnson told the crowd. “We’ve got to stop screwing around.” He laid out some notes about what it would mean for both technologists and public officials to get serious about reforming how technology gets bought. Here they are, fleshed out while IMing with Johnson after his presentation.

Write Better. Contracting-speak, Johnson argues, obscures rather than illuminates, which is bad for both a project’s eventual success and for the self-selection of those who would choose to work on it. “Start writing for human beings rather than sociopaths,” Johnson says. To that end, he recently cobbled together WriteForHumans.io. Enter a phrase — something like, “The agency seeks to redeploy its cross-sector data collection capabilities” — and the site will tell you that almost none of that makes sense to actual people. (Worth noting: There’s actually a federal law on the books on that.) And a corollary to that point: Knowing what contracts a city has available should be “easy and obvious.”

Fix Registration. Up on stage, Johnson shamed Atlanta’s local bidder registration form that requires potential vendors to get three notarized letters of recommendation from past clients — because dragging happy clients to a notary, Johnson notes sarcastically, is what a good software development company wants to spend its time on. Hoops like this mean that you end up not with the best bidders, but with those most practiced at jumping through them.

Know How Much Stuff Costs. There’s little in the way of transparency about how much anyone in government pays for anything. Contracts come in big chunks with few itemized details, when it might be useful to know, for example, that the Department of Health and Human Services paid $2,500 for a Dell laptop. The level of knowledge we have now, Johnson says, is “Dell got a contract from HHS for 20 bajillion dollars.” That puts contractors in the driver’s seat and government at a real disadvantage. “Most government agencies,” Johnson says, “have no idea how much they pay for actual things.”

And the big one…

End Fear-Based Buying. Big budgets mean big risk, which gives new life to the old saying, “Nobody ever got fired for buying IBM.” Johnson’s solution comes in two parts. First, break contracts down into smaller bits, with reduced levels of scrutiny at lower dollar amounts. A city official, he says, should be able to spend $150,000 without going through the Spanish Inquisition. Small contracts mean smaller firms get to bid, which can help grow local businesses. (And, slightly off topic, smaller firms can compete these days with the big guys, what with cloud-computing, open-source software and the like.) Smaller contracts also mean natural firebreaks when a project blow up. And they will blow up, Johnson says, which brings us to part two: “We have to plan for failure and bet on failure.”

I press Johnson on whether small firms pursuing a panoply of bite-sized contracts without all the usual rigmarole doesn’t open up government to waste, fraud and abuse. “How,” he shoots back, “is building a centimillion-dollar website that doesn’t work on day one not fraud?”

Johnson is not alone in his ire over procurement. A recent survey from the National Association of State Chief Information Officers found that less than half of state CIOs were happy with the way buying technology works.