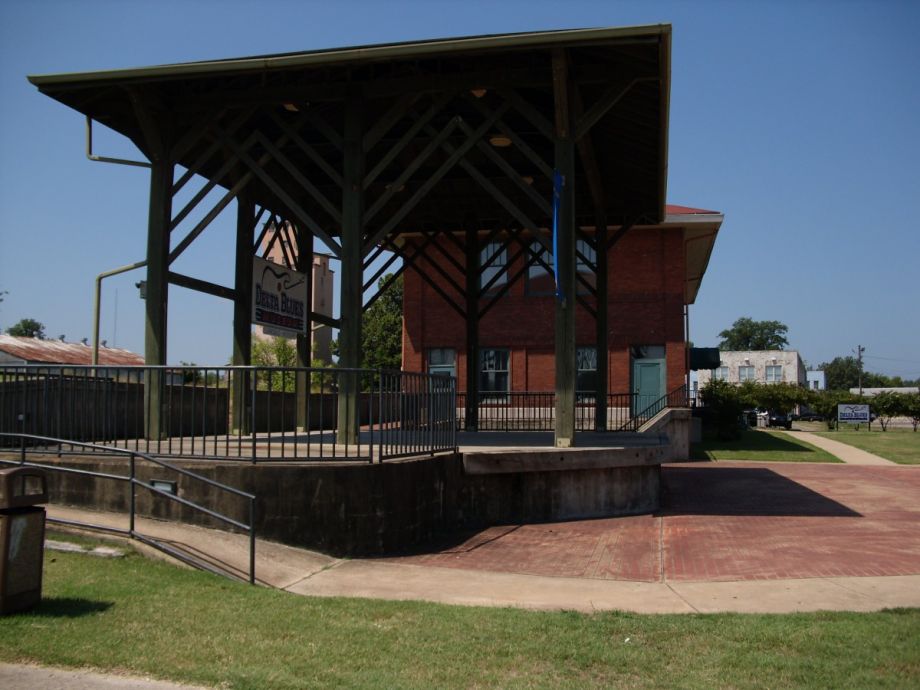 The Grassroutes Column is proceeding on a journey throughout the southern United States for a series about urban regeneration and transportation called “New Directions for the Old South”; So far, I’ve discussed Raleigh (Part 1 | Part 2), Knoxville, Nashville, and Interstate 69.

The fate of Clarksdale, Mississippi is very much not settled. This town of about 18,000 inhabitants has been losing population for years thanks to a reduction in industrial employment and an outmigration of the young to more prosperous locales. The city’s historic underpinnings no longer provide the stability necessary to keep the place going like it used to. As I discussed before, the city’s downtown is half empty.

Clarksdale’s future, however, isn’t necessarily to become a ghost town, but preventing that fate may require bringing in more outsiders to shore up the local economy. This town at the heart of the Delta region may, just may, become Mississippi’s next big tourism center.

Hopes for that future may hinge on the city’s efforts to prop up its status as the “home of the blues.” Robert Johnson, who claimed to have sold his soul to the devil in exchange for prodigious guitar-playing skills, may just have made that deal at the crossroads in Clarksdale of U.S. 61 and U.S. 49. So the city can naturally position itself as the place to go to be immersed in the history of this music.

At the Delta Blues Museum, director Shelley Ritter is attempting to do just that. The museum is located in an old 5,000 square feet freight railroad depot built in 1918 for the Yazoo and Mississippi Valley Railroad. It’s an indicative location: Though trains and music have nothing directly to do with one another, their heyday came at a similar time. Perhaps the seemingly antiquated nature of the railroads in some way evokes the similarly “from way back” feeling the blues evoke.

But for Ritter, who’s been in her post for seven years after coming up from the state capital in Jackson, the blues are not dead at all — they’re the most lively thing about this town, and visitors are coming in increasing numbers as a result. “What makes us different,” she told me, “is the constant influx of new people, day-in, day-out. Every day, it’s somebody new from all over.”

They’re there both to explore the history of a musical form and examine its present-day iterations. Not only has the Blues Museum made a conscious effort to encourage musicians to gather at the facility for jams every few weeks, but its mere presence has led to a bit of an awakening in Clarksdale. Just as freight trains once provided connections to trade, the Museum has acted as a impetus for increasing development of the blues throughout downtown, and brought in 25,000 to 30,000 annual visitors. Most famously, Morgan Freeman’s Ground Zero Blues Club opened nearby in 2001. “It’s not really a coincidence that it’s across the street,” said Ritter. Other clubs have located in the adjacent area as well.

For Ritter, “the future of this area is in tourism.” Indeed, with fewer and fewer farming jobs available, the best way for the place to survive may be for it to encourage visitors to come from around the U.S. and even from abroad.

Ritter concluded with this note: “There’s so much potential here. We just have to get people to recognize it.” Yet despite all the excitement about the Museum and the clubs that have been developed around it, a lot remains to be done in Clarksdale. Though its rural, semi-vacant nature is probably a big attractor for the tourists coming from more wealthy places, the city’s median household income is just over half of the U.S. average, and 36% of the population lives in poverty. While tourism may help the city stay alive for now, it doesn’t seem to be doing much in terms of providing good jobs.

It may be time to reconsider how those old freight railroad links could be better used.