Which Annoying Festival Will You Avoid in Your City This Summer? – Next City

Which Annoying Festival Will You Avoid in Your City This Summer? 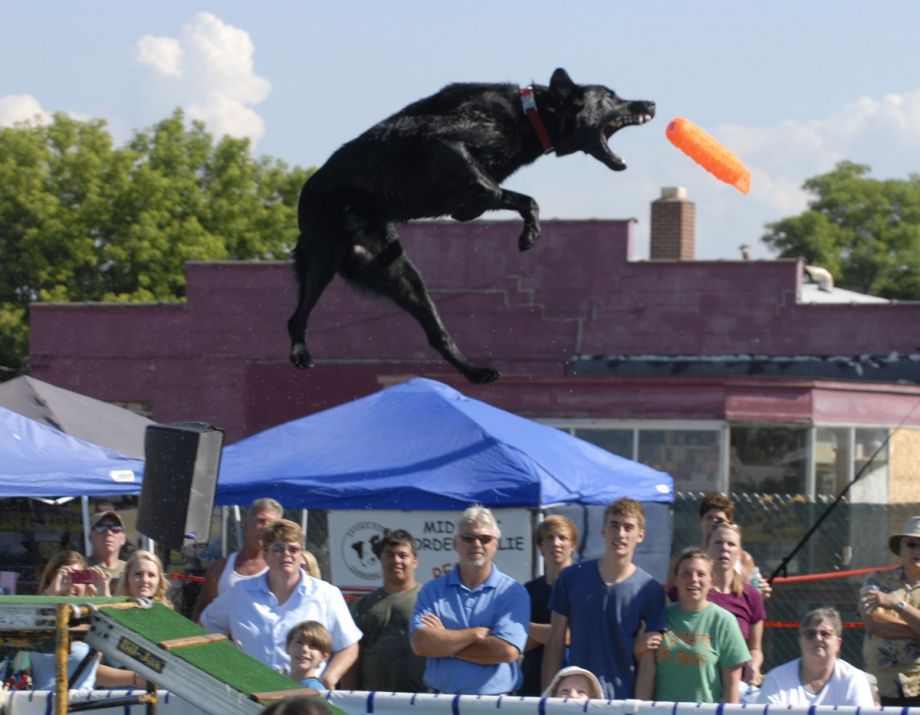 Summer is around the corner and you know what that means: festivals occupying precious public space. From Chicago to Philadelphia, promoters are readying stages and lining up vendors for overpriced Budweiser. And, to the chagrin of city dwellers everywhere, festivals eat up too much space in parks and plazas.

Programming is a part of any public space. But as more and more cities host events that take days to set up and break down, residents have begun to clamor for change. Enough is enough, they say.

In Traverse City, Michigan, a small town four hours north of Detroit along the shores of Lake Michigan, some residents and lawmakers are grappling with the disruption festivals can cause. In recent years the town has experienced somewhat of an urban boom, with more residents and a younger population taking advantage of the city’s walkable and bikeable downtown.

But the city’s annual Cherry Festival — a week-long celebration complete with obnoxious carnival rides, fireworks and a Beatles cover band — doesn’t jive with the changing demographics. The festival has a large footprint across the downtown area, but the majority of the foot traffic (to the concert stage and beer tent) are at the Open Space, a beautiful wide swath of land stretching from the local marina to a public beach.

The festival is technically only one week. But between set-up and breakdown, the Cherry Festival has a stranglehold on the Open Space for 17 days in the middle of July. The irony of the park’s name is not lost on residents during the annual festival and now there is a groundswell for reform.

“Traverse City is in a transition and so there is a different demographic here that wants more variety,” City Commissioner Gary Howe told me. “There’s a tension in the community — not controversy — just a tension over the Open Space that has led to public discussion about it.”

Traverse City isn’t the only American city that wants fewer festivals and more, well, open space. The oft-mocked Googa Mooga, a Brooklyn food and beer festival, was kicked out of Prospect Park after just two years. Jay-Z’s Made in America Festival — which was not received well by all Philadelphians — is expanding to Los Angeles this summer, where residents aren’t terribly pleased that 50,000 concertgoers will tramp all over downtown’s Grand Park for a weekend.

It’s bad enough when a festival clogs up streets and the local park for a weekend, but even worse when, like Made in America, you can’t get through the doors without paying $99.50 (plus fees!). Local officials and concert promoters like to tout big economic impact numbers — which are dubious, at best — but in Philadelphia, the impact on neighbors and public space (specifically noise and damage to Ben Franklin Parkway ball fields) seemed to outweigh the actual economic impact. Damage from Lollapalooza to Chicago’s Grant Park cost $1 million in 2011. And though C3, the Austin-based promoter, picked up the tab, damage is lost time.

We can complain all we want, but festivals aren’t going anywhere. So it’s up to cities to limit the paid festivals — kudos to NYC Parks for giving Googa Mooga the boot — and opt instead for more inclusive programming with a smaller footprint.

It’s worth noting there hasn’t been an outcry against the Michael Moore-run Traverse City Film Festival, and that’s likely because for a week in early August they show free classic movies every night on a big screen in the Open Space. The Cherry Festival’s concerts are free, but the programming is nonstop from morning until evening and the footprint so large that many locals actively avoid the Open Space. (Not to mention the price gouging on beer and soggy fries.)

Ethan Kent, vice president at the Project for Public Spaces, said more cities should look to the street fair model, where logistics are easier and the footprint is smaller. “They’re free events that don’t even cost the city that much,” Kent said. “They’re public and very community based.” And besides, they cater to local business owners instead of contracting out food and beverage like many festivals do. Open the streets for an afternoon and people are bound to spend money at small local shops.

But the sticking point about festivals — free or paid — is how much time and space they take up in our favorite parks. It’s why residents and lawmakers in Traverse City are hoping to institute what Howe characterized as “best practices” around the Cherry Festival. Kent, however, has a better idea for our public spaces: Leave them alone.

“The best public spaces in the world are actually events in and of themselves,” he said, before taking a long pause. “It’s always an event to be there.”