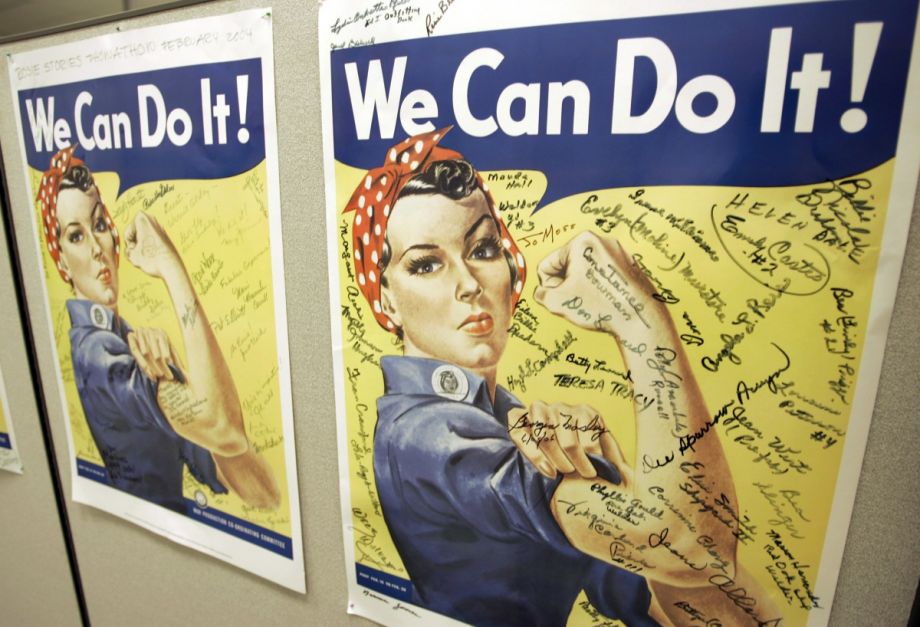 Rosie the Riveter National Park memorializes Richmond, California’s boomtown past, showcasing a common feature among port cities: Over time, the waterfront central to its genesis became little more than an industrial outskirt.

The park is actually a collection of buildings and properties scattered throughout the Bay Area city including an old Ford assembly plant, a hospital, a shipyard and a massive warship rusting offshore. Technically it was given national park status in 2000, but its museum, which sits in a brick building overshadowed by the Ford plant’s eight-story smokestack, just began running exhibits earlier this year. Now it pays homage to a complex WWII origin story that could have too easily been forgotten. (Read this week’s Forefront for more on historic city areas getting National Park Service status in “Can a Poor Chicago Neighborhood Be Reborn as a National Park?”)

On a recent visit to the park, I lose my way walking between warehouses sealed with roll-down doors and corporate offices guarded by automatic gates. Sliced off from downtown by I-580, this western waterfront was long occupied by refineries and loading docks with little public access to the Bay. When I finally approach the Ford plant, I’m disoriented by the view. I know all the pieces — two bridges, two cities, one hill spread with fog like frosting on a sheet cake — but although I’ve lived in various cities around the Bay Area for most of my life, I’ve never seen them arranged quite like this.

Dislocation is common according to park ranger Raphael Allen — even among locals.

“The Bay looks different from over here,” he says, sitting outside the visitor center. “A lot of people have never seen it from this angle.”

Allen says that the park hosts field trips from Richmond elementary schools, and he often meets children who have never seen the waterfront.

“I’m not talking about Point Reyes,” he says, pointing toward the channel under the Golden Gate where the Bay meets the Pacific. “I’m talking about this, right here.”

The park aims to reconnect visitors with the places and stories that formed Richmond. Displays inside the visitor center explore the explosive years of World War II, when workers from the Midwest and South flocked to the East Bay shipyards, swelling the town’s population from 20,000 to more than 100,000. Women, African-Americans and Latinos suddenly worked alongside white male union members, sparking friction that radiated into the urbanizing landscape.

One poster details Richmond’s war-era housing market: Landowner discrimination forced such a shortage that many black workers had no choice but to enter public housing, effectively segregating the town. Another outlines the shanty-camps bordered by a city dump and tidewater swamp that many families were forced to inhabit. And another describes the necessary creation of after-school and childcare programs for a school system that quadrupled in size over a mere four years.

The displays are fascinating — but do they serve their purpose? How many people are rediscovering this now-isolated city birthplace?

I visit the museum twice, once on a Tuesday afternoon and again on a Wednesday morning. Both days around 40 people wander around gazing at the displays.

The people I speak with knew about the park before they came. Andrea Davis from Santa Rosa says her grandfather worked in the shipyards, so she drove an hour to see them. Wilhelmenia Wilson tells me her father fought in WWII, so she knew about the waterfront history. She’s brought a group of elementary school children from a church in El Cerrito on a field trip to learn about local history. Outside, bikes paths and sidewalks lead west from central Richmond, but few people seem to be stopping in without some prior knowledge of the area.

The front desk reports that, as of late afternoon on Tuesday, 163 people have come through the door. For a special event on July 3rd, nearly 500 people came, but that was an unusual high.

The most popular program is apparently Betty Soskin’s lecture.

Luckily, Soskin is scheduled to speak that day. I walk down a flight of stairs to a theater. And finally, I’m met with a crowd. The theater is small, but listeners cram five wide rows.

Soskin is 92. In recent years, she’s worked for an Assembly member, raised four children to adulthood and buried two husbands, she says. But before that, she was employed in the Richmond shipyards.

In her advocacy work for the park, she says that often she’s “the only person of color in the room and therefore the only person who can look at these scattered sites and see them as sights of segregation.”

But gendered and racial friction haven’t just built inequity, she tells the audience.

“Here, in Richmond, we were negotiating every day,” she says. “This is the birthplace of public radio and public television and conscientious objectors camps. This became the cauldron of change.”

She finishes by saying a new generation has different issues to face. Her words about climate change and social stratification seem particularly fitting across the freeway from a Chevron refinery, where a massive fire hospitalized more than 15,000 people in 2012 and trains full of explosive crude roll through the city with little oversight. Now, a center of an international climate justice movement, this city that was once known for violence and high poverty rates is starting to be recognized as a model for direct action and innovative government.

“Organize!” Someone yells from the crowd. Others cheer and clap. This industrial outskirt may still be difficult to navigate, but it seems to have begun inspiring the city once again.