City Leaders Met Yesterday in NYC to Strategize the Resistance 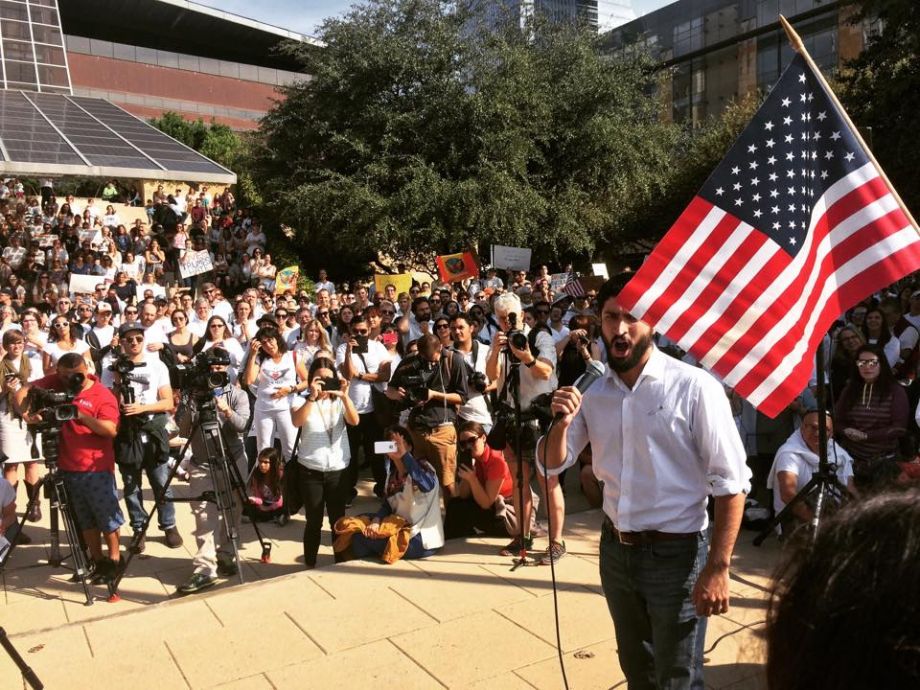 Just as Attorney General Jeff Sessions said that the Department of Justice would cut funding from sanctuary cities who did not comply with federal orders on Monday, a group of lawmakers and leaders from these cities met in New York to discuss how to fight back against the Trump regime’s threats of deportations. And while Sessions was addressing reporters at the White House, city leaders from across the country huddled in lower Manhattan were one step ahead of him — planning the resistance.

“This administration is chaos and illogical in many ways, they’ve also demonstrated that they’re highly irresponsible,” New York City Council Speaker Melissa Mark-Viverito, who hosted the conference with Local Progress, a national network of progressive local officials, told reporters yesterday. “They would try to implement something and they figure it out later. They could attempt to take funds away, they’ll go to court. I take everything seriously. We’ve got to organize and make sure that we’re ready for whatever measure is presented.”

Lawmakers from over 30 cities flocked to New York to share their nightmares and successes in the early weeks and months of the Trump administration, swapping best practices and talking policy fixes to ensure the safety of their respective city’s undocumented population. And nowhere have Trump’s policies had a more immediate impact than Austin, Texas.

After newly-elected Travis County Sheriff Patricia Hernandez announced she would cooperate less with ICE than her predecessor — only holding detainees if ICE had a proper warrant or if the person had been charged with a violent crime — Governor Greg Abbott slashed $1.5 million in state funding to domestic violence victims, veterans’ courts and drug courts. Austin locals felt an uptick in ICE raids was a direct result of Hernandez’s stance and a magistrate judge agreed. A bill that will strip state funds from sanctuary cities has already cleared the state senate. And now a crowdfunding campaign is underway to help the courts that lost state dollars.

Gregorio Casar is at the forefront of Austin’s resistance. A lifelong Texan, Casar was born in Houston to immigrants from Mexico. In 2014, at 25 he was the youngest member ever elected to Austin’s City Council. A former community organizer at the Workers Defense Project, Casar — who represents the most immigrant-heavy district in Austin — has been intimately involved in his city’s fight against Governor Abbott and President Trump. Thin, with a full beard, Casar has the slight build of a runner — he was a star track athlete in high school — and his time in public office hasn’t extinguished the fire and fervor of his past life as a young community organizer.

“Unlike almost every other community across the country where everybody is worried about losing money we actually have already suffered a loss of funds,” Casar, dressed in slim-cut jeans and cowboy boots, told Next City. “In other states, leaders are worried about what happens if Trump tries to illegally turn the police force into a deportation force. In Texas, we already have a bill that’s passed through one of our two chambers that would do that.”

So the question posed between city leaders at the Borough of Manhattan Community College, where the conference was held, was: What’s next? Trump and Sessions are coming for our cities, what can we do to fight back? One answer came from Local Progress’s parent organization, the Center for Popular Democracy, which assembled a toolkit for sanctuary cities, released last week. The fight, which Trump’s failed travel ban has shown, starts in the streets.

“It’s important for council members to be vocal and utilize the bully pulpit. We’re not just policymakers we’re also community leaders,” Casar said, emphasizing the need for local lawmakers to join their constituents in solidarity. “The places where the most public and most heinous ICE arrests occurred [in Austin], instead of the streets being empty, instead of people hiding in their homes, we had over a week’s worth of protests.”

The early days of the Trump administration have shown how protest can be effective, but now city leaders, like Mark-Viverito, are looking for ways to ensure the safety of the undocumented in public places. The courts have proven particularly difficult, where ICE agents will get the court docket from clerks to see when undocumented people will be in court — whether it’s for a probation hearing, to have charges dropped, or to testify in a case. Mark-Viverito is exploring various ways to keep ICE out of public buildings.

“We told the Chief Judge here we were saying that it’s disruptive. You have people not coming to their court dates. You have maybe witnesses of crimes that will hesitate to come in. There’s already a disruption happening. We’re looking at it and especially in buildings that are city owned,” Mark-Viverito said. “What can we do to limit ICE having a presence there?”

During a session yesterday, panelists — including Alina Das, associate professor of clinical law and co-director, Immigrant Rights Clinic, NYU School of Law, and Peter Markowitz, associate clinical professor of law, Benjamin N. Cardozo School of Law — discussed some mechanisms sanctuary cities can use to fight back.

The panelists rattled off a handful of what they consider pillars in the fight against ICE deportation, which are also part of The Center for Popular Democracy’s toolkit. Chief among them how to handle detainer discretion policies. Detainers are essentially requests from ICE to local agencies — courts, police departments, jails — about a specified undocumented immigrant. The main two are ICE hold requests (a request that ICE hold an individual in custody on ICE’s behalf) and ICE requests for notification (when ICE asks for the time and place of an individual’s release from local custody so ICE can swoop them up). City officials need to ensure their local agencies are on the same page — something Mark-Viverito is working on with the New York courts — with a top-down policy. The law, despite what Attorney General Sessions says, is on their side.

“Legally, cooperation with an ICE detainer request is entirely optional. This includes both notification of release and requests to hold someone in custody,” Popular Democracy’s toolkit reads. “Hold requests, in particular, represent serious constitutional problems.”

resources on the enforcement of immigration law.” The ordinance should not exclude people with criminal convictions (experts liken this to classifying good immigrants and bad immigrants). Cities must require ICE to secure a warrant that is issued by a judge. And, finally, there should be transparency and the ordinance should require disclosure on the city’s “level of compliance with ICE hold requests.”

Lawyers, lawmakers and immigration experts feel that ultimately the law will back them up and Sessions can’t simply pull their funding. In the meantime, local lawmakers will continue doing what they can to make sure that the immigrants in their communities have the same rights as those who were born here.

“The appropriate response is not to tell our communities they’re safe right now under the Trump administration,” Casar said. “But rather that if we don’t stand up and fight in this moment we can’t win our safety and rights in the long term.”