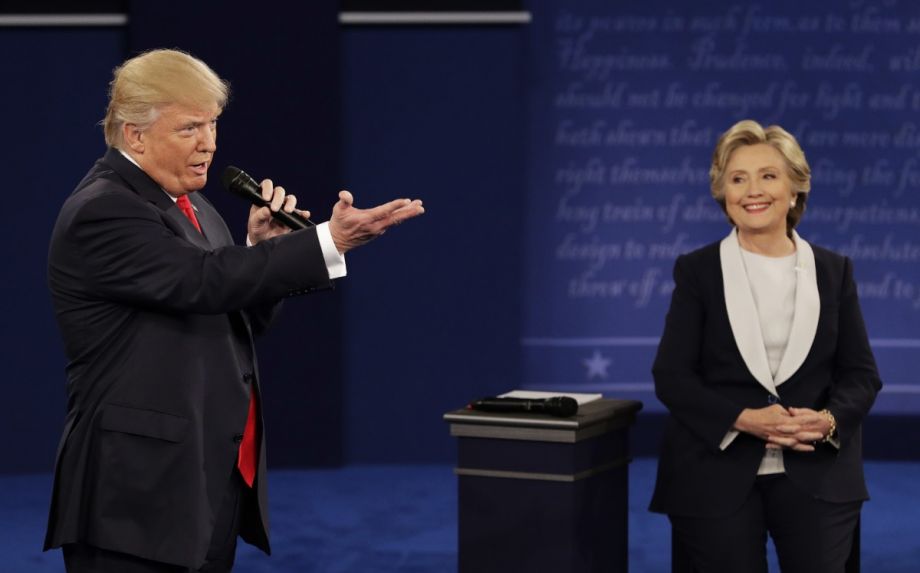 When the location for the second debate for the 2016 U.S. presidential race was announced to be Washington University in St. Louis, many saw the venue as a good setting for the discussion of many of the issues U.S. cities are currently facing. Along with a decline in its manufacturing job base, the region is dealing with excessive police force issues, the legacy of segregation, urban renewal mistakes and disinvestment. Add to that an aging housing stock, wage inequality and a host of other quality-of-life issues that city-dwellers (about 80 percent of the population nationally) deal with daily, and the importance of the November vote is plain, according to St. Louis Alderman Antonio French. In a May Next City profile of French, who announced last week he is running for mayor, the alderman explained his support of Democratic nominee Hillary Clinton: “The stuff that’s going to be decided by this next president, including the Supreme Court, is going to have ramifications for years and years to come.”

But viewers who hoped for a substantive debate focused on policy were left wanting. That included many city officials.

I’m disappointed that the candidates weren’t asked about policing and #BlackLivesMatter. Very important to our country and our city. #debate

New Orleans Mayor Mitch Landrieu published a post after the debate expressing his own disappointment:

Our cities and local law enforcement are at the tip of the spear in this nation’s responsibility to provide security, justice, and opportunity for all, yet we do not have the tools needed to deliver them. … We need a President who will stand up for cities, not deride them. We need a President who can work with Congress to come together and who will help Mayors make cities even stronger and safer than they are now.

Landrieu and other U.S. mayors have been critical that city issues have been largely relegated to second tier status during the 2016 presidential campaign. And even when urban issues are put front and center, it is often quite evident that not a lot of thought has gone into urban programs and planning.

For example, in Sunday night’s debate, Republican candidate Donald Trump responded to a question as to whether he could be “a devoted president to all the people in the United States,” with, in part, “You go into the inner cities and you see it’s 45 percent poverty … What do you have to lose? It can’t get any worse.”

Trump’s numbers were way off. In the latest data released just a few weeks ago by the U.S. Census Bureau, no cities in America with a population above 65,000 had a poverty rate of 45 percent, and only Flint, Michigan (at 40.8 percent) and Camden, New Jersey (at 40.5 percent) were over 40 percent. “His comments show how disconnected he is with reality,” Landrieu wrote. “The truth is that America’s cities are not the dark, scary places he describes.”

Part of the problem in getting the debates to be more substantive is the fact that this campaign has degenerated into a war of personal insults rather than a discussion of competing ideologies. The release of a video last Friday in which Trump discussed the techniques he used in his role as a celebrity sexual conqueror certainly dominated much of the action last night.

Many expected the town hall format to add more citizen input to the debate last night, but only eight questions came from the audience (chosen and screened in advance) and most were very vague. The moderators did not allow any follow-up questions from the audience members, which might have brought about some challenges to the candidates when they did not answer the questions (which happened on most of them).

This approach led to strange answers that were left hanging. At various times, Trump called Clinton a liar, the devil and someone who had hate in her heart, and he said he’d appoint a special prosecutor to put her in jail (over her private email server use as secretary of state) if he were elected. “They go low, you go high,” Clinton mused about Trump’s attacks.

The polls, however, say voters do want some substance. In a Pew survey in September, respondents said important issues were the economy (37 percent) and healthcare (18 percent). Terrorism came in at 14 percent, and immigration and gun policy (both at 13 percent) rounded out the top five issues.

“It was very odd that neither candidate took the issues and made them more accessible to real Americans by their answers,” says Rob Alexander, a political science professor at Ohio Northern University. “When the question came up about cities, [Trump] only talked about African-Americans and Hispanics, as if race is the only issue cities face.”

Alexander thought Clinton missed some opportunities as well. “When job and taxes came up, she didn’t give concrete examples of what tax cuts for the middle-class will mean for real people, how it will affect their family budgets, their housing costs, the ability to save for college,” he says.

Part of the reason for the lack of substance at last night’s debate was the tactical strategy used by Clinton. After the first debate, her polling numbers surged forward, and last night she basically positioned herself in a mode of preventing a major mishap. Not saying much specifically is one way of doing that, especially when it comes to a key group of college-educated suburban women.

“They were a group that was Trump’s to lose, and after the video and audio was released on Friday, he has lost them,” says Paul Beck, professor emeritus of political science at The Ohio State University. “She didn’t need to gain momentum, she just needed to keep what she has gained. So in that regard, she was successful last night, because the needle likely won’t shift much.”

What makes this election more strange is the lack of emphasis on the economy. People have always voted with their wallets, but very little substance came out last night about recent economic trends, just little bits and pieces about the energy sector and tax changes for the wealthiest Americans. Part of that may have to do with the September jobs report, which had good and bad numbers, depending on your perspective. “The September report presents more of the same: modest economic data that disappoints a little bit,” wrote Jason Schenker, an analyst with Prestige Economics.

But Americans are seeing more of the negative in what have been generally positive economic numbers during the past year. A recent Gallup poll found 39 percent thought the economy was getting better, with 56 percent thinking it is getting worse.

“The economy is always first and foremost in voters’ minds, especially those who live in urban areas whose quality of life is so tied into job and housing,” says Aaron Weinschenk, a political science professor for University of Wisconsin–Green Bay. “In some ways the economy is overshadowed by the unique candidates. But people still think the economy isn’t doing well, even though it is not doing as terrible as they think. It’s hard to be retrospective in economic discussion when voters believe things are one way and they really aren’t.”

So the discussion last night centered mostly on what the definition of “locker room banter” is, not topics that carry more weight in the long term, such as urban programs that might be useful for economic innovation, affordable housing, restoring infrastructure or promoting cultural diversity in America’s cities.