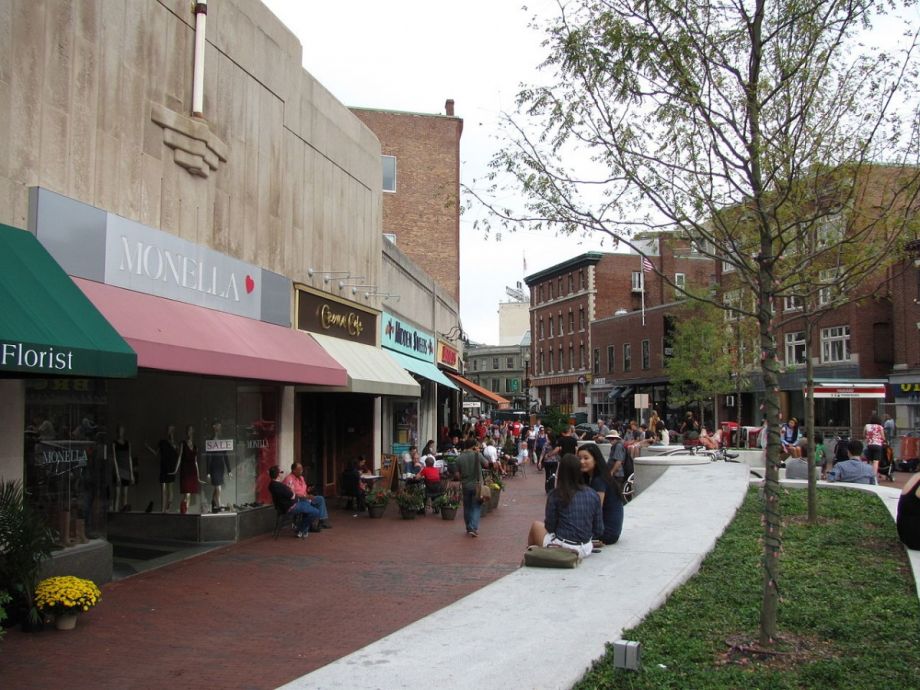 This is one of the findings of Andres Sevtsuk, principal investigator of the City Form Lab at the Singapore University of Technology and Design, in a recent study of the commercial landscape in Cambridge and Somerville, Massachusetts. He scrutinized these two dense, urban municipalities outside Boston, in an effort to understand the location patterns of retail and food-service establishments with mathematical precision. His goal, he said, was to combine economic analysis with evaluation of the “nitty-gritty effects of urban form and urban design.”

There are plenty of theories about which characteristics foster thriving commercial activity, but a shortage of empirical data. If a new cafe is setting up shop, where’s the best place? A corner location or the middle of the block? Is access to residents more important than proximity to places of employment? If cities knew the answers to these questions, Sevtsuk believes, they could use policy to foster the kind of humming retail environment that leads to vibrant, walkable communities.

Looking at 14,218 buildings, Sevtsuk found that 834 of them contained a retail or food-service business — from liquor stores to pizza places to bodegas. With a GIS-based tool he designed, he assessed pedestrian accessibility from various origins: homes, workplaces and other businesses, as well as bus stops and subway stations. He also took into account a slew of other features for each location: the amount of foot traffic; vacancy levels in nearby buildings; the width of roads and sidewalks; and whether the building was on a corner.

So what did this fine-grained analysis find? In addition to subway access, several other features were associated with a greater likelihood of the presence of a business: wide sidewalks, larger buildings and corner locations. For instance, a three-foot increase in sidewalk width correlates with a .73 increase in the probability of retail. Proximity to residents and places of employment was less important than “betweenness,” meaning that pedestrians don’t necessarily live or work near the locations but pass them on their way from one place to another.

One of the most intriguing findings was that some buildings seemed conducive to businesses — the model predicted that they would contain stores or restaurants — but none were found there. For example, a stretch of Hampshire Street near Kendall Square in Cambridge has two restaurants, the great Emma’s Pizza and Atasca Portuguese, but much of the ground-floor space of the nearby buildings is not utilized for commerce. In some cases, there are no doubt good reasons for this absence. But in others, these locations may be simply overlooked. “You can actually see where there may be untapped opportunities,” says Sevtsuk. “Or you could even go further and look at particular patterns. Where’s a good location for a pharmacy?”

Sevtsuk believes that his work could inform policy in a number of ways. It could be used to identify promising locations for business that might now be zoned for other purposes. “Zoning is often not done very empirically or evidence-based,” he says. “It would probably be wise if zoning were a bit more empirically defined.”

But zoning is just one tool at the disposal of city governments. His work suggests other ways to improve the landscape. Some are intuitive: Add a bus line or a subway stop or widen sidewalks around otherwise business-friendly locations. Another possibility is requiring office building owners to rent out ground-floor spaces, which Cambridge has already begun to do. Around Kendall Square, for instance, Sevtsuk proposes that the city use a combination of zoning and possibly mandates to fill in gaps between the existing businesses. “Such ‘necklacing’ could turn some of the spotty areas into decent retail clusters,” he wrote in an email.

Would planners actually find these fancy equations useful? According to George Proakis, Somerville’s director of planning, “I always find any academic study that’s using our city as an example to be a valuable tool.” For example, they are currently working on a neighborhood development project in an area of the city called Winter Hill, which hasn’t historically attracted as much commercial activity as neighborhoods like Davis Square and Union Square. Some reasons for this are obvious — less transit access — but Sevtsuk’s work could help determine if there are other, more subtle reasons as well, and estimate the magnitude of their respective effects. “There’s a lot of interest when you can collect all of the data points and figure out what’s going on,” says Proakis. According to Sevtsuk, “it would be possible to take the area’s current measured indicators, then change some of them (e.g. sidewalk widths, bus access, T access, etc.) and essentially simulate how much that is likely to change the retail probabilities.”

There are some limitations to the study. For example, the author had no information on why the businesses chose their locations, or how successful they were. He was going by “revealed preference,” in the economics lingo — operating on “the premise that they are in business is evidence that there’s something about the location that works for them,” says Sevtsuk.

The results were also specific to this area. Some of the principles — such as the desirability of corner locations and wide sidewalks — presumably apply more broadly, but the specific numbers would need to be calculated for each different city. Sevtsuk is currently working on studies of Los Angeles, Singapore and Solo, Indonesia.

Armando Carbonell, a senior fellow at the Lincoln Institute of Land Policy, says, “I think it’s always good to have this kind of thorough empirical work that looks at these places in depth,” he says. “The more one understands about the commercial ecology, the more strategic one can be.”