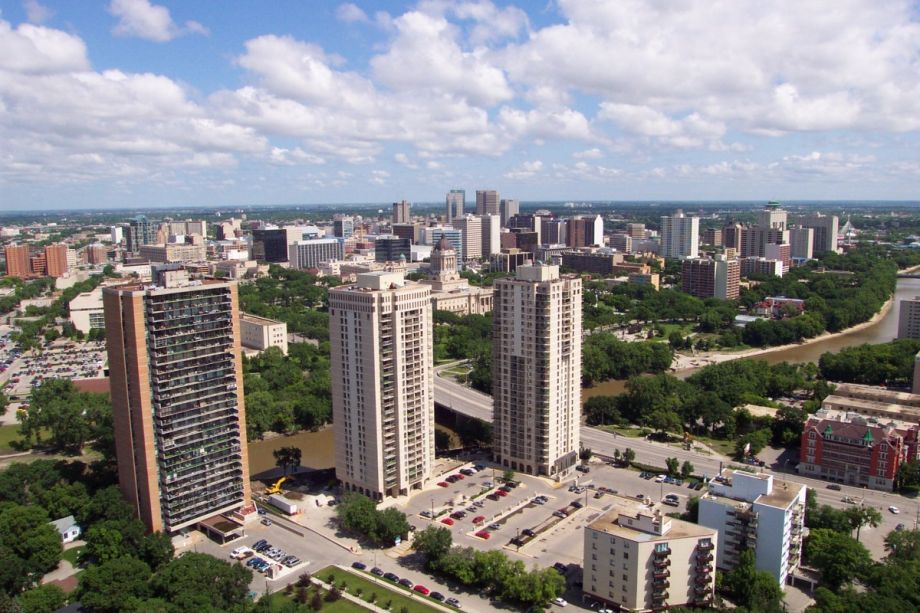 From flower pots to toilet plungers, overnight bike-line barriers are all the rage among DIY cycling advocates these days. Their (often late-night, often anonymous) set-ups tend to be followed by swift, city-led clean-ups, with workers no doubt grumbling about those damn kids.

In Winnipeg, though, the city is laying down the plungers, so to speak. More accurately, officials are trying out a protected bike-lane pilot that will utilize adjustable concrete curbs temporarily anchored to the ground with steel pins. It may not be as creative an approach as flowering plants (or human chains), but it’s a definite win in the category of cyclist safety. What’s more, the movable nature of the curbs could encourage other road-diet shy municipalities to give protected lanes a go.

The nine-month trial will include testing out installation methods, seeing how much maintenance the curbs require during snow clearing or spring pick up, and how they impact cyclists. The city will be able to adjust the curbs based on feedback or to accommodate any other changes to the road. Curbs have been added on Sherbrook Street south of Cumberland Avenue and on Bannatyne Avenue between King Street and Albert Street.

The decision to install adjustable curbs was not without bumps, according to the Winnipeg Free Press.

The [pilot] is surprising because Coun. Janice Lukes has been proposing a similar approach for months, but each time, it was rejected by the administration and the public works committee on the grounds it was contrary to the city’s “award-winning” cycling strategy using time-consuming and more expensive poured concrete.

“It just goes to show the dysfunction we operate under at city hall,” said Lukes (South Winnipeg-St. Norbert). “Of course, I’m happy, but what a lot of needless nonsense, time and effort was spent when they were going to do it all along.”

A number of other Canadian cities have installed the adjustable borders, according to the Free Press, including Calgary, Edmonton, Vancouver and Ottawa. It’s a strategy that U.S. cities might do well to examine — and it has to beat prying loose hundreds of toilet plungers after desperate cyclists have gone on a late-night spree.