Now’s a Good Time to Look for a Municipal Job 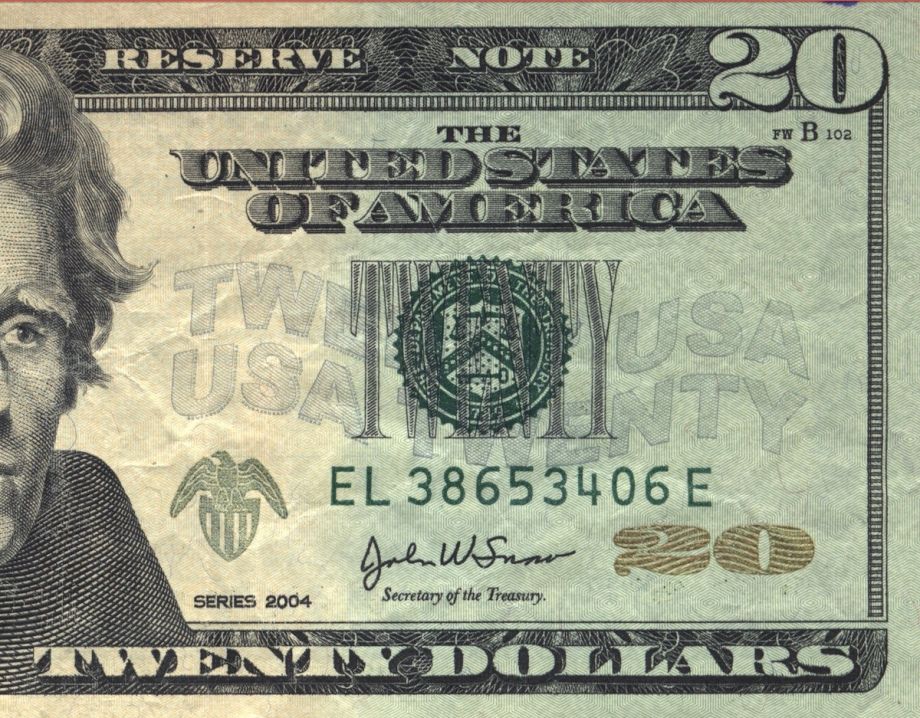 As I wrote last week in “What Keeps U.S. Mayors Awake at Night?,” a new poll of more than 70 of those in the top municipal job reveals that city mayors put economic issues high on their list of challenges. Though ideas about how to address those concerns differ between Republican mayors and Democratic ones, all are grappling with dwindling federal support — even amid post-recession hopes.

Well, there’s another type of official worth consulting when it comes to taking the temperature of a city’s economic outlook: the chief financial officer. This week, the National League of Cities released its annual City Fiscal Conditions Survey, and it shows that across the country, municipal money managers are feeling cautiously optimistic. Like the census data released last month in the 2013 American Community Survey, the forecast is good, but not great, for cities.

Fiscal health has not yet overtaken pre-recession levels, but city finance officers are feeling more hopeful than they have in years. Eighty percent of them reported that cities were “better able” to meet financial needs. Despite this, revenue is projected to remain flat in 2014. The recession of 2008 was not just a temporary setback. “Although it is typical for city revenue collections to lag economic transitions, revenue collections over the past few years reflect a longer lag and substantially deeper impact,” the report’s authors write. Here, some more important takeaways from the survey. 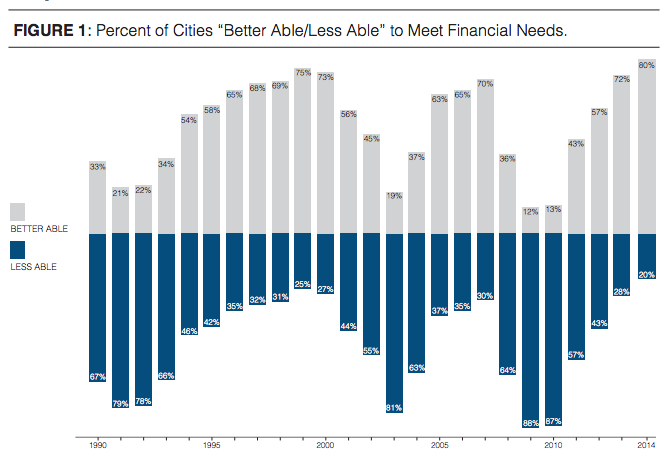 Cities vary on how much their tax structures are dependent on property taxes, sales taxes and income/wage taxes. Overall, property tax revenues are projected to increase — their first growth in five years. It’s taken time for residents to reap the benefits of wealthier residents moving into cities and driving up real estate values. Property tax collections lag behind the changes in the real estate market because city property assessors are slow to catch up with appreciation. Sales and income tax revenues have recovered from the recession, but their growth is projected to slow down. 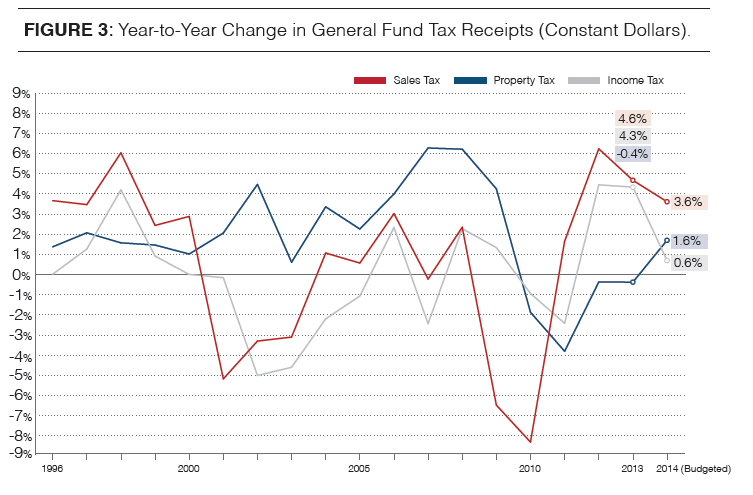 In good news for boosters of public-private partnership deals, financial officers say infrastructure needs are a major stressor in city halls at the moment. (Mayors agree.) Eighty-four percent indicated that infrastructure costs had increased from 2013 to 2014. Given that last month I reported that Chicago’s unfunded pension liability is $19.4 billion, it’s no surprise that benefits and pensions were also concerns. When asked about which budget factors have been seen to have the most positive impacts, financial officers reported the increasing health of local economies and the rising value of tax bases. 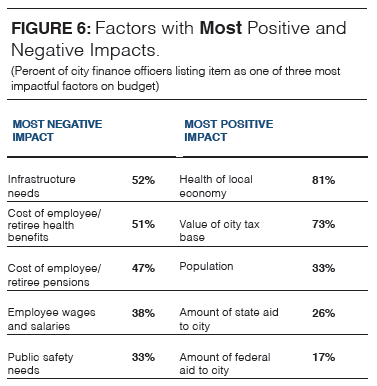 One other good note: Cities are increasing their municipal workforces. For the first time since 2008 (when many municipalities cut staff to reduce costs), budgets have stabilized enough to lead to one in three cities increasing workforce size. “Overall, increases in ending balances and tax collections, along with gradual economic recovery and the centrality of cities in our nation’s economy,” the report notes, “bode well for future fiscal growth although full recovery remains to be seen.”