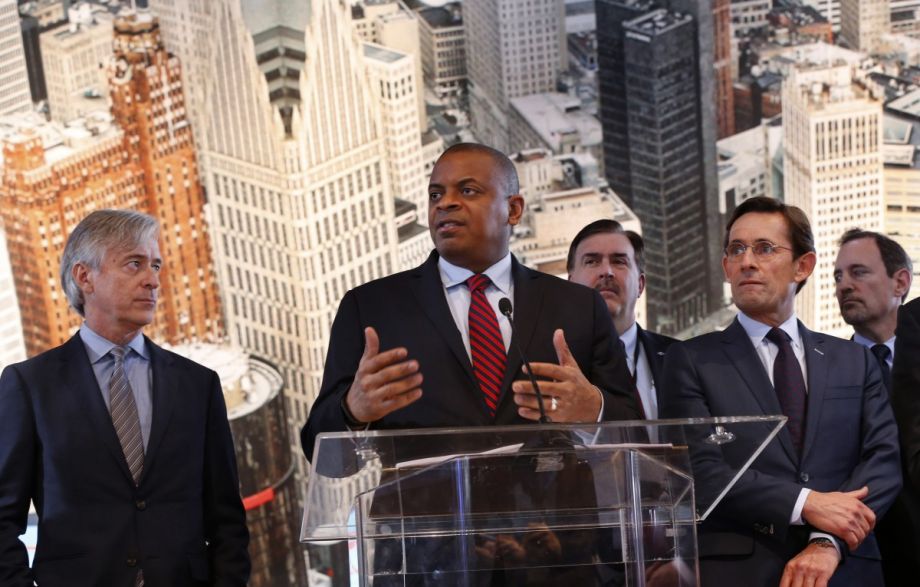 Seven cities were named finalists in the U.S. DOT’s Smart City Challenge this weekend — two more than the agency originally planned to name. Chosen from a pool of 78 entrants (the challenge targeted midsize cities with between 200,000 and 850,000 people), the finalists remain in the running for $50 million to fund technology-driven proposals that would improve mobility and reduce crashes.

“The level of excitement and energy the Smart City Challenge has created around the country far exceeded our expectations,” U.S. Transportation Secretary Anthony Foxx said. He announced the finalists at South by Southwest in Austin. “[These cities are] beginning to think anew about how transportation can once again be the driving force of the American economy.”

The seven — Austin, Denver, Pittsburgh, San Francisco, Columbus, Kansas City and Portland — will receive $100,000 to further develop their proposed ideas, which were considered for how well they match DOT’s goals and how likely they are to succeed.

DOT will award $40 million to the winning city, to be announced in June, with an additional $10 million coming from Vulcan, the Seattle-based company started by Microsoft co-founder Paul Allen.

Foxx also announced that Amazon Web Services will assist the finalists in building out their digital systems and gift $1 million in cloud storage credits to the winning city. He said that the other 71 applicants would receive federal assistance to realize their goals, too, but did not provide details.

Nearly all of the finalist cities are looking to network existing infrastructure using sensors and to improve electric vehicle infrastructure; many are exploring the potential of self-driving cars.

Austin would add more sensors to roadways and better integrate regional and citywide traffic data to more quickly reroute cars in the event of a crash.

Columbus’ five-part proposal pays special attention to improving transportation access to job centers, in part by launching an autonomous vehicle pilot to provide last-mile connectivity from transit centers to employers. The city is also looking to develop an app to track the movement of freight at the Rickenbacker Inland Port and another to provide Columbus visitors with real-time traffic, parking and transit information.

Denver aims to create a suite of apps and interactive kiosks that will provide on-demand mobility information, a system that can support more electric vehicles, and a network of automated, connected vehicle hot spots.

Kansas City, which, Mayor Sly James told Startland News, has “more fiber laid than any place in the country,” would use the funds to digitize a new rapid bus line, improve autonomous vehicle regulation and infrastructure, and expand the city’s bike-sharing program.

Pittsburgh plans to build on existing initiatives to pilot “Smart Spines,” a comprehensive, open-platform system to gather data, via sensors, about the city’s major transportation corridors.

Portland would use the award to fund its “Ubiquitous Mobility for Portland” project, which calls for improved connectivity between citizens, city agencies and businesses through sensor-based infrastructure and open-source data.

San Francisco, much burdened by Bay Area traffic congestion and parking issues, is looking to improve access to shared mobility programs, like bike-share, car-share and carpooling. “Instead of using precious space for indoor parking, it could be used to create more affordable housing,” a city press release notes.