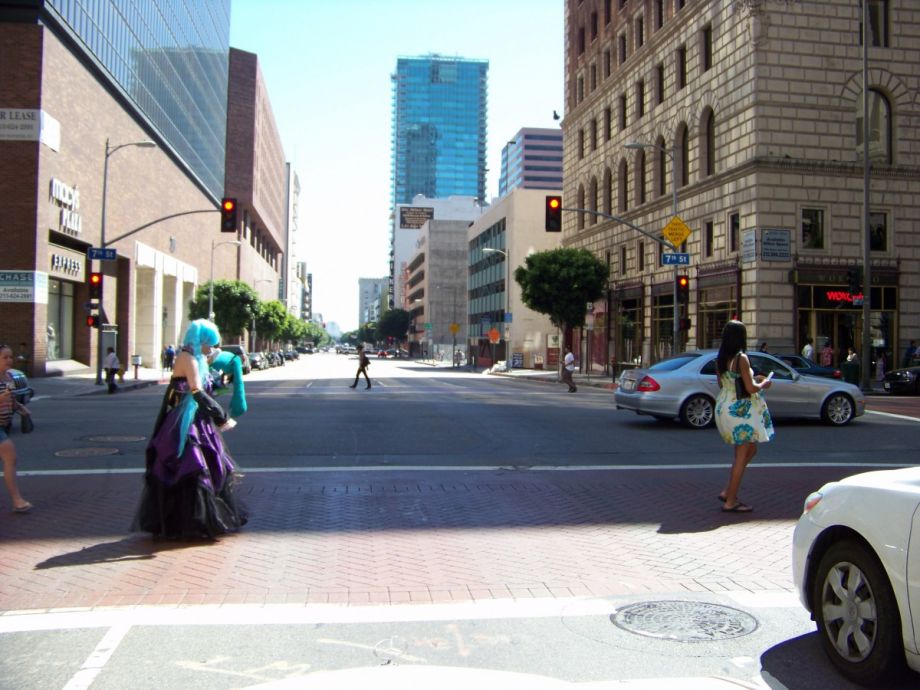 Vision Zero shorthand boils down the initiative to eliminate traffic fatalities to three E’s: education, enforcement and engineering. But expanding Vision Zero in the U.S., where low-income communities and communities of color are both more likely to be injured or killed in traffic and to be targeted by law enforcement, requires grappling with other fundamentals.

A new brief from the Prevention Institute lays out a Vision Zero road map rooted in health equity, a framework that calls for identifying and eliminating the underlying causes of traffic fatality inequities. It’s no coincidence that in low-income neighborhoods and communities of color inadequate public investment correlates with disproportionate rates of both traffic collisions and preventable diseases like diabetes.

“To work from a health equity lens you need to look at the root causes,” says Elva Yanez, co-author and director of health equity at the Los Angeles-based Prevention Institute. “Look at the policies, practices and norms that have allowed these disparities to arise in the first place.”

Rather than launching Vision Zero by trying to crack down on individual behaviors through education and enforcement, the authors suggest starting with an honest assessment: How are resources currently distributed among neighborhoods? What land use patterns are contributing to traffic deaths? Who is most impacted by traffic violence? Who are the most valuable potential partners within neighborhoods to work on reduction?

Determining the “who” starts with breaking down the data. “If you can’t say with precision how traffic safety problems or disparities are greater in a specific community, then it’s very difficult to go from there to address interventions,” says Yanez. But in surveying L.A. and other cities’ Vision Zero approaches, the researchers found that in many instances, cities weren’t disaggregating their data to pinpoint which racial, ethnic and economic groups were most affected.

Manal Aboelata, co-author and managing director at the Prevention Institute, says this is a step cities can take wherever they are in their Vision Zero process. Gathering that data might require more collaboration among agencies.

“The approach that Vision Zero should take is a multisector approach,” says Yanez. Transportation departments are crucial to changing street designs and traffic regulations, but nearly every city agency is implicated in the creation and maintenance of the policies and built environments that contribute to traffic inequities. Aboelata says this is another step cities can take anywhere in their process: assessing what factors are making certain corridors and intersections less safe.

Neighborhoods attracting new development are more likely to get routine upgrades to their infrastructure, for example, as developers pay for new sidewalks, crosswalks and other amenities. Neighborhoods without investment don’t benefit from such improvements. Land uses like high-speed arterials and higher concentrations of liquor stores and bars contribute to unsafe driving behaviors, and tend to be clustered in low-income neighborhoods.

“As we’re getting to the origins of the problem, we have the opportunity to solve multiple problems at once,” says co-author Rebekah Kharrazi. The brief recommends engaging community members in the process from the start by having them lead city officials on walk audits. In Los Angeles, the Prevention Institute helped organize three. Aboelata says the tours can be the start of a two-way conversation: Officials can see the neighborhood through residents’ eyes and hear which factors — like fear of violence — impact safety beyond road conditions.

Residents can learn which agencies are responsible for which problems and what solutions are available. They may not be aware, for example, that speed bumps aren’t the only option for calming traffic, that more beautiful features like planters and bulbouts are possible.

Getting this kind of community buy-in is crucial from the start, the authors agree, particularly when it comes to enforcement.

“Because of the history of police discrimination and biased practices [in low-income and majority-minority communities], that’s a challenge that needs to be overcome if one of your E’s is enforcement,” says Yanez.

One way to engage residents early is to work with existing community organizations, and to support them through micro-grants or other funding.

“Although traffic safety is really important, groups working in communities of color might be focused on other more front-burner or pressing issues,” says Aboelata. But they have the trust of the community, the relationships and the historical knowledge that if given resources, they may be able to expand their work to traffic safety.

The authors point to Seattle, San Francisco and Los Angeles as cities that have made strides toward some of these goals. Seattle, for example, has a strong racial equity framework, and has been proactive in surveying high-crash corridors without waiting for citizen complaints. But just this week, Los Angeles’ Vision Zero Alliance published a letter responding to the city’s Vision Zero Action Plan, calling out familiar shortcomings: no solid community engagement plan, a lack of data transparency and the absence of a commitment to curb racial profiling.

Yanez, Aboelata, and Kharrazi caution that without these factors, Vision Zero is likely to falter. Successful public health campaigns to curb smoking and promote seat belt use relied on changing norms so the public would carry on the mantle once marketing blitzes quieted down.

“When the initiative isn’t there, what you need is people in community still excited about it,” says Aboelata. “The torch needs to be passed from city agencies to community-rooted organizations so this can really carry on until we get to zero.”