In Cities Without Enough Toilets, Innovators Look Beyond Sewers – Next City

In Cities Without Enough Toilets, Innovators Look Beyond Sewers 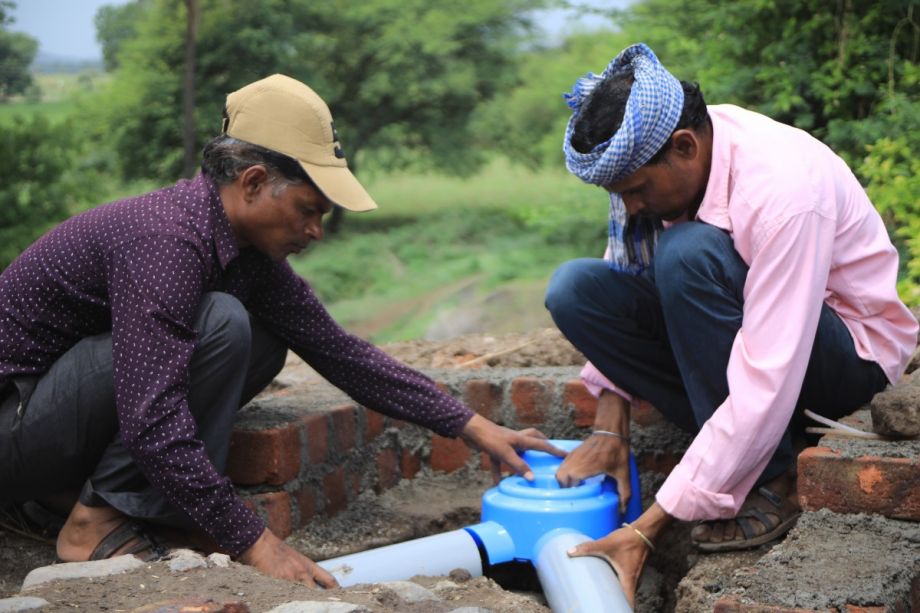 When toilet designer Daigo Ishiyama traveled to northwestern Bangladesh to examine toilets in 2012, he was shocked by “gaping holes” in latrines, where nothing but stinky air separated human waste under toilets from their users.

“You look inside the hole and there’s all these maggots,” recalls Ishiyama, who was in Bangladesh on an assignment for Lixil, a Japanese company that manufactures toilets, among other products for the housing and building industry. “It was just horrendous — that raw smell of that latrine.”

In the months and years that followed, Ishiyama and his team developed a line of cheap plastic toilets with self-closing trapdoors that separate people using latrines from the sewage beneath them. They named them Sato for the first two letters of the words “safe” and “toilet.” The toilets can be flushed with less than a cup of water, cost $2 to $10, and are used by more than 6 million people in Africa and Asia.

Last Thursday, Sato won an $810,000 investment from the Urban Sanitation Challenge, an initiative launched on the sidelines of the United Nations General Assembly in New York to fund innovations for achieving “cost-effective universal urban sanitation.” According to the mindset behind the program, traditional sewage systems are not the answer to growing sanitation problems in cities in developing countries. Instead, Sato and the four other winners of the challenge have all designed products for places without well-functioning sewage systems or none at all.

Worldwide, 2.3 billion people don’t have access to a toilet. Many of those who do struggle with health hazards like the ones Ishiyama witnessed in Bangladesh. In 2015, only 39 percent of excreta was treated and disposed of safely, according to the World Health Organization. The rest polluted air, land and waterways, aiding the transmission of diseases like cholera, diarrhea and typhoid. In fact, 842,000 people die each year because of inadequate water, sanitation and hygiene.

“There is a real critical need for sanitation innovation in cities,” says Jocelyn Mackie, vice president of operations at Grand Challenges Canada, an organization funded by the Canadian government to support creative solutions to development problems. It is leading the Urban Sanitation Challenge in partnership with the Australian government, the World Bank and others.

Some cities have grown or are growing too quickly and too informally to lay sewage pipes down for all their inhabitants. In any case, traditional sewage systems are so expensive to build and maintain that many developing countries can’t afford them to begin with, not to mention that they might lack the water and energy required to run them.

“Our one good, traditional solution for urban areas is increasingly unviable, so we see a growing problem in the waste management and treatment space,” says Alyse Schrecongost, program officer at the Bill and Melinda Gates Foundation. The problem is especially acute in growing cities with informal settlements, where, with “people on top of one another, you have a tinder box of disease outbreak problems waiting to happen and happening.”

That’s what worries Andrew Foote, co-founder of Sanivation, another winner of the Urban Sanitation Challenge. The company is based in Kenya, where just 12 percent of households have a traditional sewage connection, according to government data. That reality drove Foote and his co-founder to design a comprehensive sanitation service that deals with poop from the moment it leaves the body to when it is treated.

Today, Sanivation installs container-based toilets in homes in informal settlements in Naivasha, a city of north of Nairobi, for free, hauls away the sludge from them for a small monthly fee and processes the waste into fuel briquettes. (That small monthly fee is too high for the poorest residents, as Next City covered in 2015.) They’ve sold 80,000 kilograms of fuel, which is stocked by a grocery store in Nairobi and used by restaurants, over the past year. Foote says he expects such sales, along with subscription fees and funds from government partnerships, will help make the system sustainable.

In fact, making sure toilets and other sanitation infrastructure stay in use is a critical challenge for entrepreneurs like Foote. Stories abound of toilets that are not used for their intended purpose and idle treatment facilities. There is a “lot of defunct infrastructure globally that is either entirely offline or predictably going offline” because the government and other local actors didn’t maintain it, says Schrecongost.

To be successful, innovators must consider how the technology can be maintained locally, what will motivate people to keep it in use and be sensitive to local cultures, says Lisa Schechtman, director of policy and advocacy at WaterAid America. “There is no one-size-fits-all solution to provide toilets for everyone in the world.”

Even so, Schrecongost says some of the winners of the Urban Sanitation Challenge offer a promising model with global applications. For example, Laguna Water, a utility in the Filipino city of Laguna and another winner of the challenge, plans to use its winnings to place and service container-based toilets, including Sato’s, in the homes of slum dwellers.

It’s “a little bit old school” to have a service provider come and empty waste, “but it’s also the most effective way from an infrastructure perspective,” says Schrecongost.

“This is an opportunity to say this is not just a boutique solution some crazy entrepreneurs are trying to start up with 100 toilets there, 200 here. This is actually something that a utility could consider as a solution for the most vulnerable population in the city.”

Correction: This article was changed to reflect that there were five winners total of the Urban Sanitation Challenge.

Alia Dharssi is a freelance journalist who writes about social and political issues with a focus on cities, immigration, women’s rights and global development.