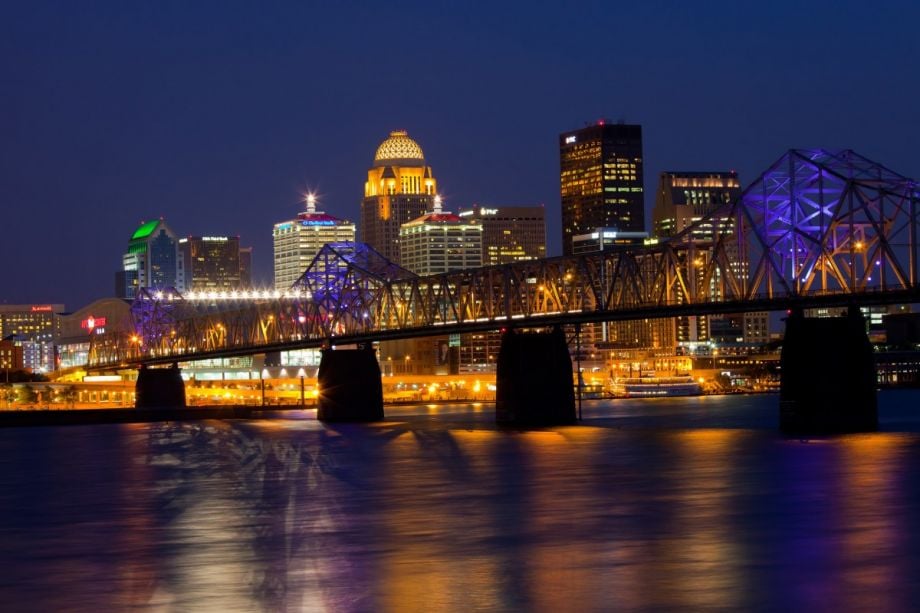 When in Kentucky, you celebrate with bourbon.

Louisville Metro Council passed an updated business diversity ordinance in March, adding certified LGBTQ-owned businesses to the city’s existing supplier diversity program. That meant that, just as the city dedicates a portion of its business spending to businesses owned by minorities, women or people with disabilities, it would now require a portion of city contracts to go to LGBTQ-owned businesses as well. After the ordinance’s passing, a crowd of supporters, including Jonathan Lovitz, walked a few blocks from city hall to local bar Proof on Main for a victory celebration. Lovitz is the senior vice president of the National LGBT Chamber of Commerce, which worked with the council to update the ordinance.

“We told the bartender what we had just accomplished, and the first round was on them,” Lovitz says. “They were just so proud that Louisville is shattering the narrative of what it means to be an inclusive city in the South.”

Louisville Metro Councilmember Jessica Green was there in spirit — she was a few months pregnant at the time. It was Green who sponsored the updated ordinance. It’s a personal cause for her in multiple ways, as a Black woman with a gay teenager at home.

“As I think about the kind of place that I want my teen son to grow up in, he’s already a Black male in urban America, and he’s gay on top of that, so he starts even further behind the eight ball,” says Green.

With its updated ordinance, Louisville joined a wave of state and local governments that over the past several years have put measures in place to recognize and do business with certified LGBTQ-owned businesses — including Los Angeles, Orlando, Nashville, Baltimore, Jersey City, Tampa and Miami.

It’s hard, if not impossible at this point, to measure how cities are performing when it comes to the representation of LGBTQ-owned businesses in their awarding of contracts for construction projects or other government purchases. There is data on the overall LGBTQ population of many cities, but not the percentage of businesses that are LGBTQ-owned in each city. The National LGBT Chamber of Commerce does estimate there are 1.4 million LGBTQ-owned businesses nationwide.

What data exists also continues to evolve, as more people in more places feel safe coming out of the closet. The portion of adults identifying as LGBT goes up pretty much every year, according to Gallup, now more than 4.5 percent, representing more than 10 million adults. Among just Millennials, now the most populous generation in the United States, that proportion is 7.3 percent.

By metropolitan area, the top metros in Gallup’s annual polling data are no surprise — San Francisco-Oakland-Heyward tops the list with 6.5 percent of its population identifying as LGBT, followed by Portland (Oregon), Austin, New Orleans, Seattle, then Boston. Salt Lake City at seventh might be the first surprise to outsiders, but Utah happens to have some of the strongest anti-discrimination laws protecting LGBT individuals in the country. Louisville actually comes in at number eleven.

New York City-Newark-Jersey City doesn’t even crack the top 20 — but that’s in large part because the metropolitan area percentage accounts for large and dense suburbs in New York State and New Jersey. New York City itself still has more residents who identify as LGBTQ than any other city, followed by Los Angeles.

But until the National LGBT Chamber of Commerce launched its certification program in 2004, just two years after its founding, there wasn’t a very reliable option for cities, states or corporations that might have wanted to track how much of their own contract spending went to LGBTQ-owned businesses.

When it comes to racial representation, the federal government, states, and associations like the National Minority Supplier Development Council all have well-established certifications that cities can accept. Many cities have created their own certification processes for minority- and woman-owned businesses.

The National LGBT Chamber doesn’t charge cities or corporations for accessing its certified business database — though it does charge businesses to obtain LGBTQ-ownership certification. It’s also provided at no extra cost for businesses who join one of the 60 or so local LGBTQ chambers of commerce in its affiliate network.

Certification is no magic bullet, of course. When it comes to race and gender, across the country businesses owned by white men are over-represented in who gets city contracting dollars.

Looking at Louisville, the Louisville and Jefferson County Metropolitan Sewer District is one of the largest sources of local government contracts in the area. An external study commissioned by the sewer district of its own contracting track record found that, from 2010-2015, white men represented 42.41 percent of the available construction firms but received 79.86 percent of the dollars on construction purchase orders valued $20,001 to $1,710,000 — meanwhile African American-owned businesses represented 30.37 percent of the available construction firms and received just 3.59 percent of those dollars. (As part of the US Water Alliance’s Water Equity Taskforce, Louisville has been working to change that ratio since 2018.)

“I often say that Louisville is a great place to live, work, and play, but sometimes only if you fit into certain categories of people,” says Green. “If you are not a white, straight male, what kind of city is Louisville for you?”

But getting to that level of analysis requires years of having business owners certified by race and gender. So, until more cities are accepting LGBTQ certification, and more of those businesses get certified, the National LGBT Chamber of Commerce is spreading the gospel using FOMO — “fear of missing out.” The Chamber wants cities to feel the fear of missing out on the potential jobs — and tax revenues — created by LGBTQ business owners lost to other cities because of everyday homophobia.

In a 2016 study of the certified LGBTQ-owned businesses it had in its database as of 2016, the National LGBT Chamber of Commerce found that those 909 businesses at the time accounted for 33,000 jobs; two-thirds of those businesses were more than five years old; they ranged in annual revenue from $1,707 to $180 million, with an average of $2.4 million. If those numbers projected out to the 1.4 million LGBTQ-owned businesses across the country, those businesses would account for $1.7 trillion in revenues, according to the chamber’s estimates.

So far, Lovitz says the message is gaining more and more traction, especially in the shrinking cities of the Rust Belt or cities in the south that are afraid anti-LGBTQ laws pushed through at the state level are driving away many successful businesses.

Recently, the competitive FOMO isn’t even relative to the traditional LGBT hubs on the coast — it’s been with other cities in the same region.

“Nashville was really how Louisville came to happen,” says Lovitz.

In 2019, city council in Tennessee’s state capital made it the first city in the South to recognize LGBT-owned businesses in its supplier diversity programs.